Have you been watching “The Voice”? If not, you really should get on it, because—as far as singing reality competitions are concerned—it’s really, really entertaining. The show’s been on for two years and it’s always been good, but fans may have noticed that this season, there’s a slightly altered vibe that’s making it even better.

At first we couldn’t put our finger on it, but the more we watch, the more we realize: It’s because Christina Aguilera—one of four celebrity mentors and arguably the biggest star on the panel—has a newfound confidnce she was lacking in seasons past. 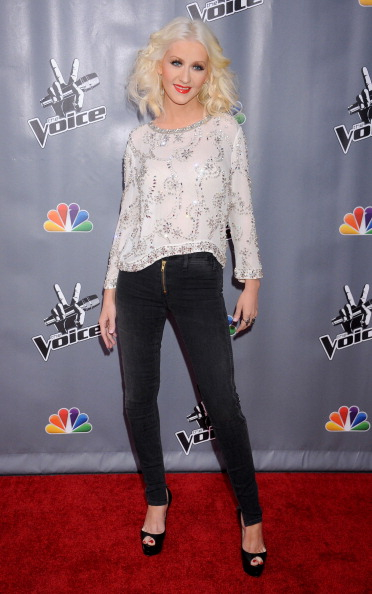 It might sound crazy, but during the past two seasons, the 31-year-old singing powerhouse wasn’t really an uplifting presence on the NBC reality show—a fact that clearly mirrored her personal life. You might remember that throughout most of 2012, any press about Aguilera was cringe-causing: She got divorced, she was constantly snapped stumbling out of clubs and restaurants super-drunk with her boyfriend Matt Rutler, even after she got arrested for public intoxication in March, she fell at he Grammys, her album sales were abysmal, and let’s not forget National Anthem-gate. The press also hounded the singer because of how she looked, and consistently covered the fact the petite pop star had gained a lot of weight, which—we’re not judging, just pointing out—she did.

Clearly, she wasn’t comfortable with herself, and felt the need to hide behind changing hairstyles—dip-dyed colored ends, various bleach-blonde wigs—crazy makeup, and super-revealing clothes (it’s wonder there weren’t any nip-slips during the last two seasons of “The Voice”) and was overly-critical of contestants (especially pretty female ones), and just seemed pretty angry on the show.

Then, she decided to step away from the series for a season, and was replaced by Shakira, a welcome breath of positive fresh air. In fact, as the show wrapped up last season, we were dreading the return of Christina. (“Bring back Shakira!!!!!” we may or may not have yelled at the TV on a fairly regular basis.) 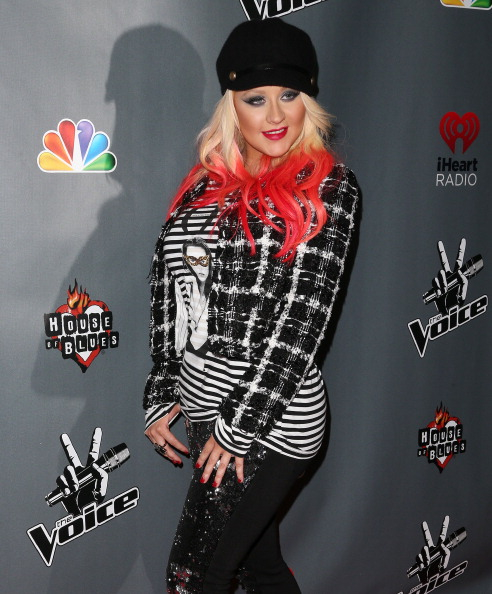 However, when Season 5 premiered in September, Christina did return and looked—in a word—amazing. Apart from the obvious—major weight loss, modern outfits, and an extremely chic all-blonde lob—she seems to have developed an inner confidence that totally translates on screen.

She struts around during the broadcast, she sings, she’s friendly and truly helpful to the contestants (even the pretty, skinny ones) and to her fellow mentors Adam Levine, Cee Lo Green, and Blake Shelton, and when she “argues” with them, it’s not nearly as nasty and angry as it was in the past.

Clearly, the season away from the spotlight did her well—yes, she probably spent a better part of the six months working on her looks—but so what? It’s visibly made her a happier, healthier person and it’s done wonders for the show. Instead of her presence being a total buzzkill, it’s now one we’re hoping continues just as long as “The Voice” airs . (Sorry, Shakira.)

What do you think? Has Christina’s newfound confidence made “The Voice” more enjoyable? Sound off below!