I was starting to think that, in a post-pandemic universe, New York Fashion Week would never regain its pre-coronavirus magic. Editors, influencers and socialites alike used to love being funneled into a show shoulder-to-shoulder, knowing what awaited them on the runway would be well worth the discomfort. Now, the idea of being closer than six feet to even our closest fashion friends feels…simply not worth it.

Cue Christian Siriano’s Fall/Winter 2021 show, which took place a full week after the completion of New York’s other F/W21 shows and presentations, many of which were held virtually. Not this one, though. Try to picture it: Gotham Hall, a small group of editors, socially-distanced seating, face masks and four beds. Betcha weren’t expecting beds! When the lights dimmed in the massive gilded ballroom, Coco Rocha, Candice Huffine, Martha Hunt and Teddy Quinlivan lounged on exposed mattresses before getting up, getting dressed and hitting the runway.

It looked, for comparison, a lot more glamorous than my usual jump out of bed in the morning for a Zoom call with the camera turned off. That said, the show got less relatable and more magical as it went, and for a brief moment, it transported attendees back to fashion’s pre-pandemic appeal. 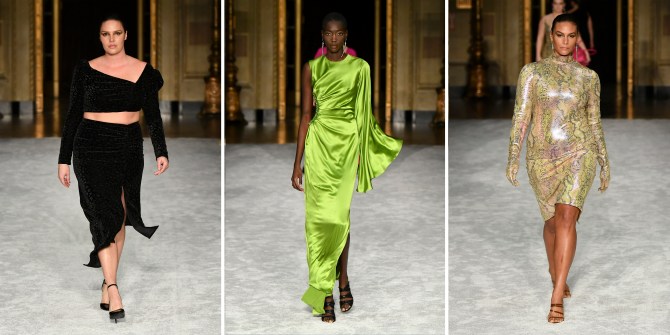 There are a myriad of reasons why Siriano’s show exceeded expectations. First, some weren’t expecting anything at all—when he didn’t show during the scheduled fashion week timeline, many assumed he was taking the season off, although savvy fashion folk and his loyal Instagram followers knew he had something cooking. Second, he sent three thrifted pieces down the runway as part of his partnership with thredUP, Gen Z’s favorite online consignment and thrift store.

Third, the collection itself was spectacular. The sparkle! The tulle! The power pink! My favorite look changed as each new ensemble made its way down the runway. And just as gorgeous as the clothes were the models; the inclusive array of beautiful, skinny, curvy, happy models.

Unlike other designers, Siriano has never shied away from including plus bodies in his work. This is likely evidence of his inclusive personality, but also proof that he’s no fool. It’s estimated that 68% of women in the United States are a size 14 or larger and the global plus-sized market is valued at over $178 billion—a market most designers limit themselves from pursuing, simply because they don’t regard bigger bodies as fashionable, beautiful, or worthy of their designs. Imagine a designer dismissing you based entirely on your appearance. That’s exactly how it feels when you realize a brand stops their size range just before your number. 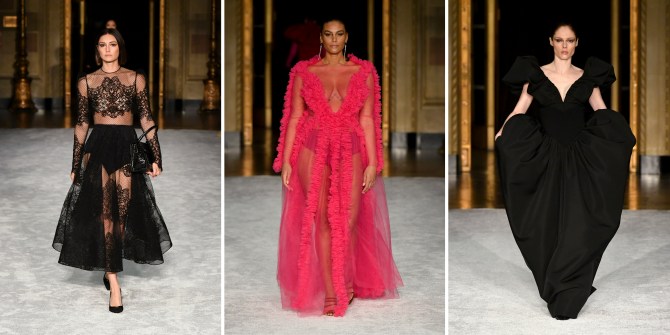 In 2021, it’s pretty hard to believe that people are still judging one another based on appearances—don’t designers feel weird actively ignoring a large subset of women so unapologetically? Over the past few years, the percentage of plus models shown on the runway has slowly increased, but with so many virtual shows flying under the radar this year, I could count on my fingers the number of plus models I saw this season.

Sans Siriano’s show, of course. Candice Huffine stunned in a licorice two-piece, sparkly and sexy with an asymmetrical neckline, leg slit and silhouette that clung to her curves. Meanwhile, Marquita Pring stunned in a power pink ruffled gown that was almost entirely sheer, a crowd favorite by far. In total, seven out of 49 looks were worn by plus models; it doesn’t seem like much, until you consider the fact that entire seasons in Paris and Milan have featured fewer than seven plus bodies in all the shows combined.

A show like Christian Siriano’s is more than a collection of clothing; for many, it’s a celebration of body, a preview of what the future of fashion will hopefully look like. That said, I’ve got my fingers crossed our runways will become even more diverse. Designers need to go out of their way to be actively more inclusive, and not just when it comes to size. Models of all different colors, able and disabled bodies—for myself and so many others, there is appeal in this variety. Representation matters, no matter the context. 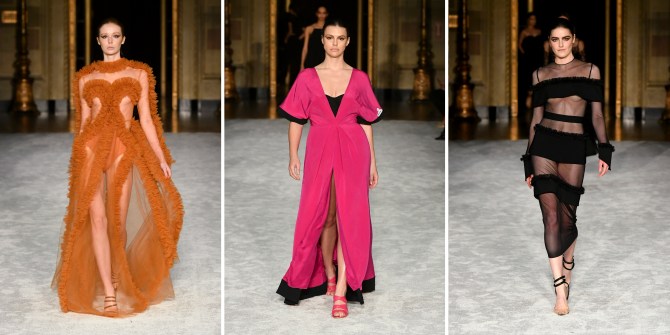 Did Siriano have one of the best shows of the season? I’d say so. There were highs and lows just like any other collection, but the highs were oh so high, like Pring’s sheer pink gown and Coco Rocha’s knockout final dress. But it’s about so much more than just the clothing—it’s about the example Siriano sets for his peers. His commitment to inclusive casting, even when other designers won’t budge, is what keeps myself and many others loyal to his brand.

I mean, I wouldn’t be friends with someone who wasn’t accepting of plus bodies, so why would I want to wear their clothes?