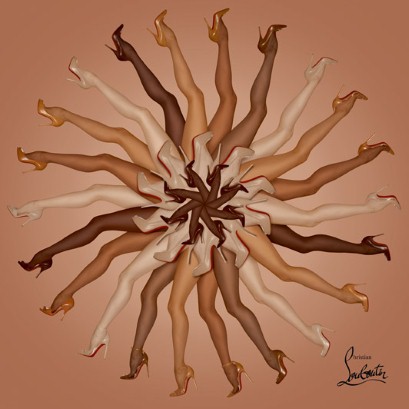 That’s one small step for woman, one giant leap for fashionkind. Christian Louboutin has just launched a capsule collection of nude pumps that come in five different colorways, thereby presenting perhaps the first line of shoes ever that markets itself explicitly to women who aren’t white. That’s pretty major.

The line, dubbed “Les Nudes,” is already live on ChristianLoubtin.com, and includes colors ranging from “Fair Blush” to “Rich Chestnut,” including a spectrum of skin-colored tones in between aimed at elongating the legs of women everywhere, not just the white models who tend to populate the runways of designers from New York to Milan.

MORE: 14 Fashion Tips And Tricks To Make You Look Taller

Nude pumps are nothing revolutionary or remotely new, but what is notable is that no major designer has presented a line of nudes specifically aimed at giving women of different skin tones an equal opportunity to lengthen their gams in such an explicit way. We love it!

Not unlike the rest of Louboutin’s collections of shoes, these will cost you a pretty penny (between $630 and $830). But if you want to shop, head to Christian Louboutin now!