Just in case Snapseed and FaceTune weren’t quite fulfilling all of your photo editing needs, Christian Louboutin just released an image filtering app all of its own called Louboutinize.

The free app launched in the iTunes store on Friday, and although it only has three filters so far, WWD reports that Louboutin will add new filters on a monthly or bimonthly basis.

Don’t delete your VSCO Cam app just yet though: After downloading and playing with Louboutinize, we realized pretty quickly that is more of a gimmicky tool than something legitimately useful for your selfie-editing needs. 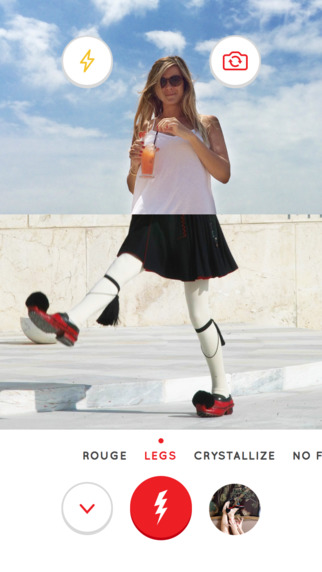 Instead of offering useful tools to airbrush, brighten, or sharpen pictures, Louboutin’s application allows users to upload a photo and filter it with the brand’s signature shade of red, swap legs with characters like a CanCan girl or Dita Von Teese, or “crystalize” an image, transforming it to take on the qualities of the French brand’s crystal nail polish bottles.

So sure, these tools won’t exactly make your snap Instagram ready, but they’re still a bit of fun.