After the American Psycho actor’s GQ interview, many fans are wondering, do Christian Bale and Leonardo DiCaprio have a feud?

Both Christian and Leonardo were heartthrobs in the 90s where they starred in various films as up-and-coming leading men, though the rivalry started to pick up the pace when the two were constantly competing for roles. In a new interview with GQ, Christian candidly answered about his experience in films throughout his lengthy career. When the interviewer pointed out the five times that Leo was cast in a film instead of Christian in the 90s, the Thor: Love and Thunder star quipped, “Oh, dude. It’s not just me. Look, to this day, any role that anybody gets, it’s only because he’s passed on it beforehand. It doesn’t matter what anyone tells you. It doesn’t matter how friendly you are with the directors. All those people that I’ve worked with multiple times, they all offered every one of those roles to him first. Right? I had one of those people actually tell me that. So, thank you, Leo, because literally, he gets to choose everything he does. And good for him, he’s phenomenal.”

However, he didn’t take the casting decisions personally. “Do you know how grateful I am to get any damn thing? I mean, I can’t do what he does,” Christian said. “I wouldn’t want the exposure that he has either. And he does it magnificently. But I would suspect that almost everybody of similar age to him in Hollywood owes their careers to him passing on whatever project it is.”

Though a very pleasant answer, The Dark Knight actor reportedly had a long history of resentment towards, if not a one-sided rivalry with, Leo. Read below if Christian Bale and Leonardo DiCaprio had a feud.

Did Christian Bale and Leonardo DiCaprio have a feud? 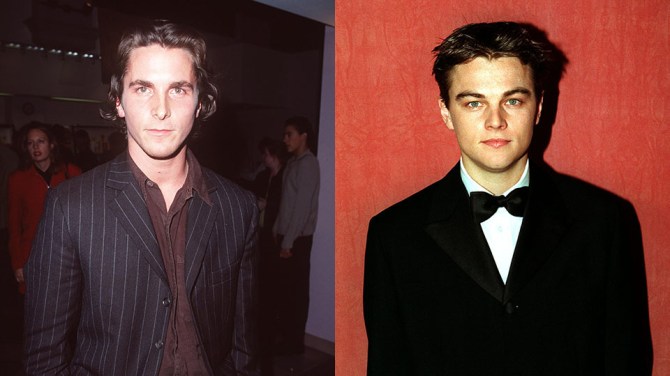 Do Christian Bale and Leonardo DiCaprio have a feud? Maybe so, but it seems to be pretty one-sided. The Newsies star apparently had trouble competing for roles with other actors like Ewan McGregor but especially had a tough time with Leo.

In his book, Christian Bale – The Inside Story Of The Darkest Batman
, Christian’s longtime publicist Harrison Cheung wrote, “DiCaprio. The name burned Christian like a branding iron”. “Over the years, Christian had lost This Boy’s Life and What’s Eating Gilbert Grape to DiCaprio.” The publicist continued, “Christian had read for the part of Mercutio in Romeo + Juliet but was told that they had decided to cast an African-American in the part instead.”

Before the blockbuster movie was released, Christian auditioned for the role of Jack Dawson in Titanic, but ultimately lost the role to Leo. Harrison wrote, “Christian too had gone up for the part of Jack Dawson in Titanic but was told that James Cameron didn’t want two British lead actors playing the two leads who were both supposed to be American,” in reference to Kate Winslet who scored the role of Rose.

After the release of Titanic, Leo’s next role would have been in American Psycho as the leading man and serial killer, Patrick Bateman. It’s a character that is now one of Christian’s most legendary. The original director of the film, Mary Harron, sought Christian Bale for the film but was fired. Director Oliver Stone stepped in place and production company Lionsgate placed Leo in the role, but because of creative differences, Oliver and Leo quit the production. Mary and Christian were put back on to make the cult-classic film.

In a turn of events, American Psycho screenwriter Guinevere Turner revealed that Christian’s stepmother Gloria Steinem (who married his father David Bale in 2000) might have convinced Leo to step down from the film. “My friend, who had just spoken to Gloria Steinem, said that Gloria Steinem took Leonardo DiCaprio to a Yankees game,” Guinevere said. “I believe, she said, ‘Please don’t do this movie. Coming off of Titanic, there is an entire planet full of 13-year-old girls waiting to see what you do next, and this is going to be a movie that has horrible violence toward women. Soon after that, Leo dropped out, so who knows what really happened?”

In an attempt to get the role, Christian devoted a lot of time to perfecting the true Patrick Bateman character to the point of becoming “obsessed” with becoming him. “It was really creepy. He would call up and go, ‘It’sssssssss Patrick’ as soon as you answered the phone in that perfect American accent,” a source told Harrison.

In the GQ interview, Christian opened up about the financial struggles from being on the set of American Psycho. “They had paid me the absolute minimum they were legally allowed to pay me,” he said. “I remember one time sitting in the makeup trailer and the makeup artists were laughing at me because I was getting paid less than any of them.” At the time, Bale said that “nobody wanted me to do” American Psycho aside from director Mary Harron, which contributed to his lower wage.” They said they would only make it if they could pay me that amount,” Bale explained. “I was prepping for it when other people were playing the part. I was still prepping for it. And, you know, it moved on. I lost my mind. But I won it back.”

After all, is said and done, Leo and Christian have never worked together but they have individually gone on to have successful and lucrative careers in Hollywood. While Leo’s net worth is a purported $260 million to Christian’s $120 million (Celebrity Net Worth), Christian was the first of the two to win an Oscar—for his supporting role in The Fighter—while it took Leo until 2016 to finally win his first Oscar in Revenant and he literally had to fight a bear to get it. Who’s to say who the better man really is?

Christian Bale: The Inside Story of the Darkest Batman by Harrison Cheung 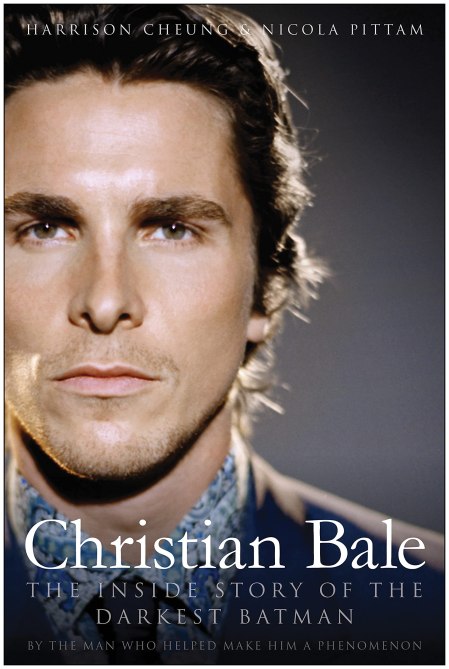