Chrissy Teigen proved she’s the all-around best person once again. In response to her husband, John Legend, dancing with a female fan at his concert in Miami, the model and cookbook author took to Snapchat to troll him this weekend.

“I’m Chrissy Teigen and you guys get to pick your ultimate henna on my lower back,” Chrissy told her Snapchat followers while standing outside a tattoo shop. In the next video, she’s walking hand-in-hand with a man she appears to have just met and is going to get a matching tattoo—albeit a temporary one—with.

More: This Jumpsuit Got the Best of Chrissy Teigen Last Night

“John got to dance with a woman at his concert, so Chrissy gets to take one man and hold hands with him,” her friend who was off-camera said. “John, don’t be jealous!” 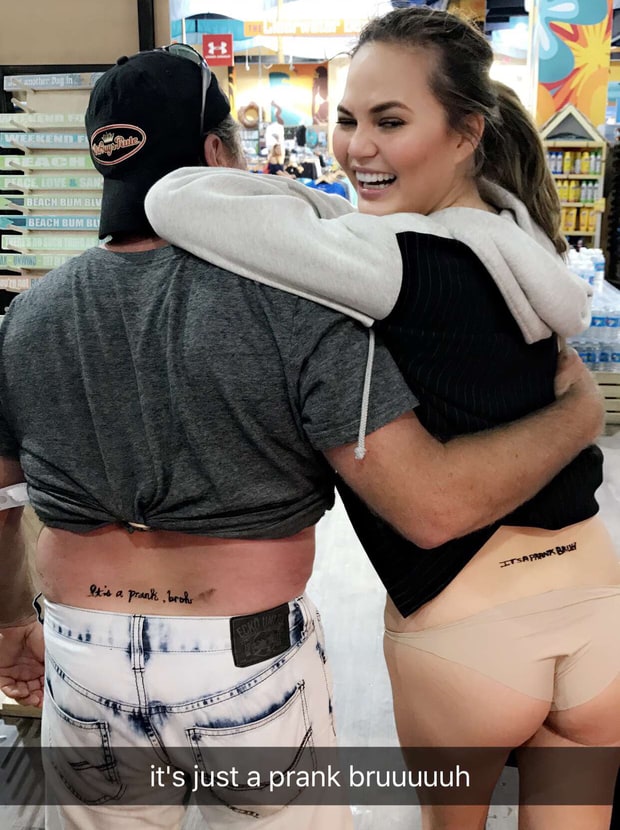 Chrissy, along with her new friend and partner in crime, then showed off their matching tattoos, which say, “It’s a prank, bruh.”