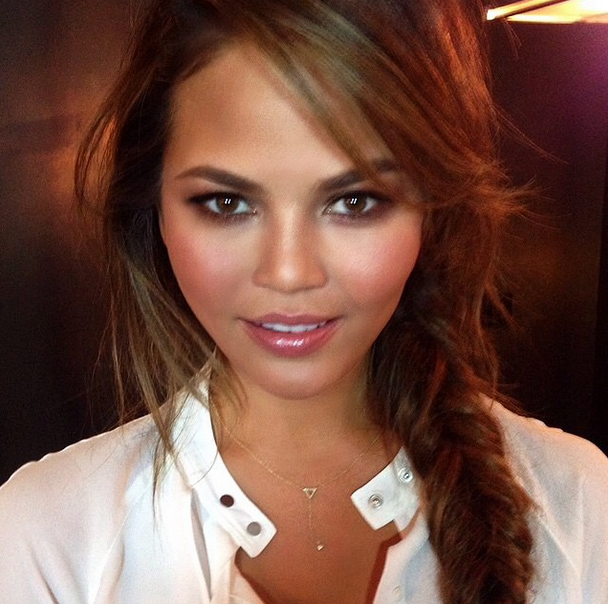 Chrissy Teigen, Sports Illustrated swimsuit cover model, subject of husband John Legend’s hit song “All of Me” and legitimate Twitter superstar, is taking a break from the social network after she posted a questionable tweet about the recent shooting in Ottawa.

“Active shooting in Canada, or as we call it in America, Wednesday,” she wrote on October 22.

She’s referring to the unfortunate incident in Ottawa, where a gunman killed Corporal Nathan Cirillo, 24, before a planned attack on the Parliament. While he was gunned down before carrying out any other acts of violence, the attack’s apparent link to terrorism caused major waves on social media.

Teigen, who shares her thoughts on everything from Taco Bell to Amanda Bynes, was met with major backlash as her tweet made the rounds, even as she defended her phrasing as social commentary.

Sorry you don’t understand that is a knock at america and our issues with gun control. No one is minimizing the Ottawa shooting.

I’m not apologizing. If you take it wrong, that is your fault.

I’ve lost faith in this world. Sorry if it comes off as being unemotional. There is just so much bad. — christine teigen (@chrissyteigen) October 22, 2014

But as quickly as her tweet spread, insults and death threats were thrown back her way. We won’t reprint the truly nasty comments, but here’s a taste of what people were saying:

@chrissyteigen Took a break from whoring yourself to ridicule the country that made you rich huh?

@chrissyteigen Shame on you for using a tragedy such as this to promote your own fucking agenda.

@chrissyteigen wow, just wow, and you wonder why people dislike you

@chrissyteigen using a tragedy to promote yourself, as we call it in america, your career just jumped the shark

While it’s certainly not the first time Teigen’s made ripples with her outspoken comments—it may be her last. As of Thursday, October 23, she officially bid Twitter adieu:

Do you think she made the right decision to remove herself from Twitter? Do you think her tweet was heartless in the first place? Share your thoughts in the comments!