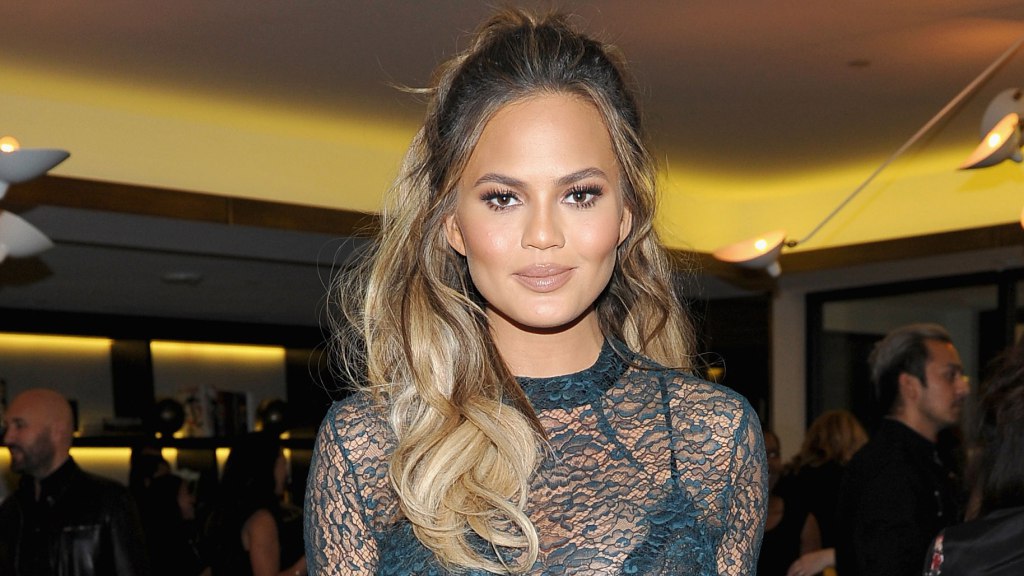 Baby’s first bikini! Chrissy Teigen‘s latest Snapchat, an adorable photo of her almost-three-month-old daughter, Luna, wearing a crocheted mermaid costume complete with a bikini top, is exactly what we all need to kick off this weekend with a smile on our faces. “Oh my gosh thank you team vita coco!!!” she captioned the cute pic, giving a high-five to the all-things-coconut company, whose wares she’s been shilling up a storm on Snapchat of late. 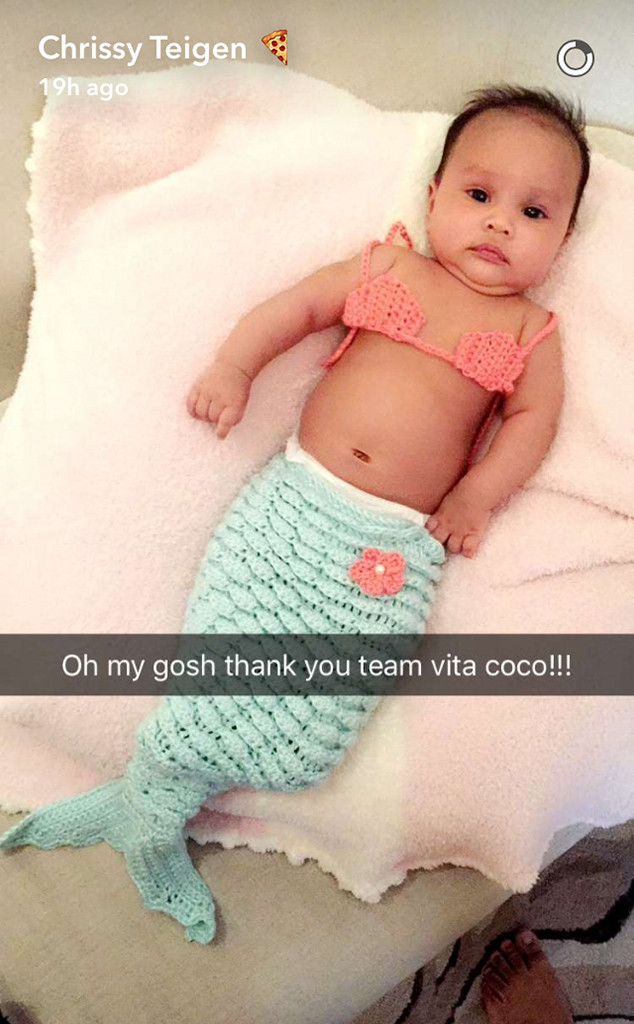 Luna Simone Stephens, Teigen’s daughter with husband John Legend, has been making frequent appearances on both parents’ social media accounts—and has already had her music video debut, appearing in Fergie‘s “M.I.L.F. $” when she was just one month old.

Though Teigen herself has been appearing in her own swimsuits since giving birth (though no mommy mermaid costumes in sight—yet), earlier this week she told People that she’s still working to get her body back after pregnancy.  “I’m not back yet by any means,” she said. “I think people think that I’ve snapped back, but I really have just, in fact, been utilizing undergarments more.” It’s all about the Spanx these days, she added: “I never was a Spanx person or a waist-trainer person. Now I do it. It looks great on the outside, but trust me, I’m a bit soft.” Whatever, she looks great—though not quite as cute as her little mermaid. Happy Friday!