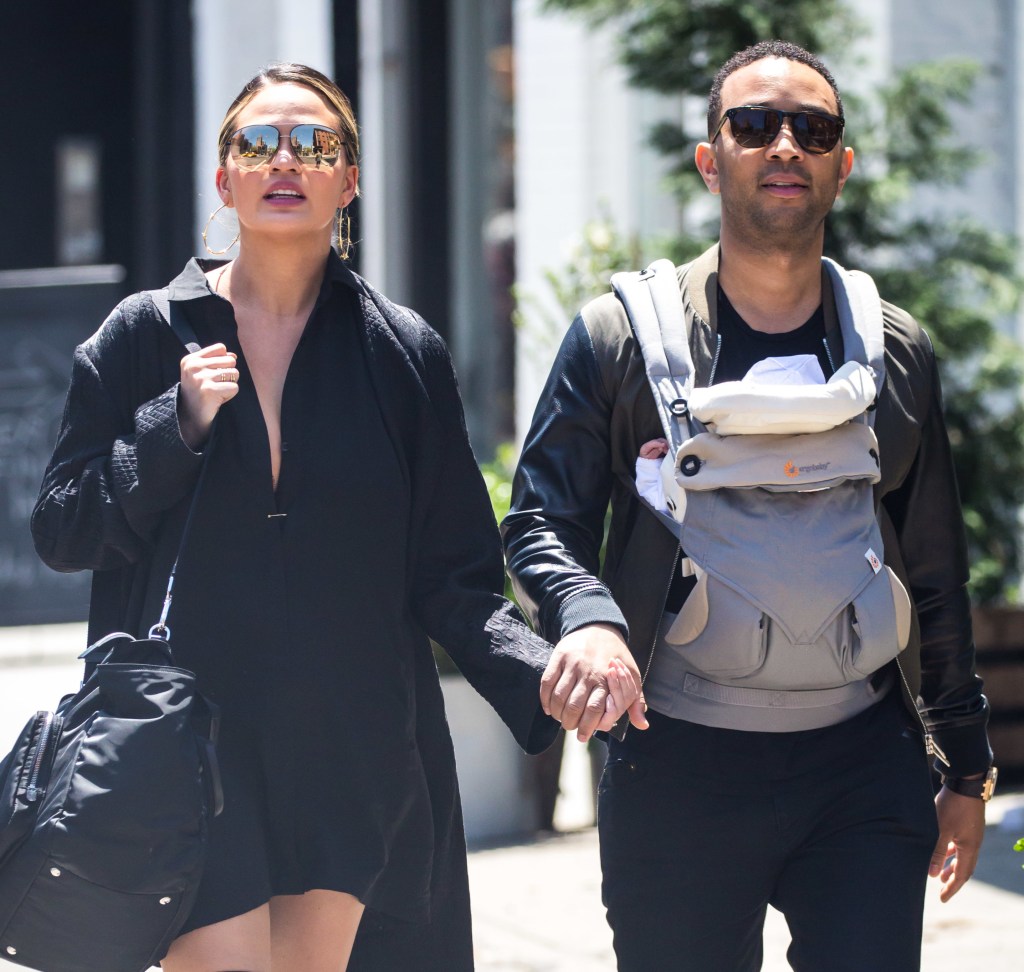 Somehow, Chrissy Teigen and John Legend have gotten through life without learning how to swim. But that’s all about to change now that they have a two-month-old daughter, Luna. “I can’t swim, but I’m trying to learn for Luna,” Teigen told People. “There is nothing I want to do more than to get her into the water and for her to learn to swim.” Ditto for Legend: “John can’t swim, either,” she added. “And we don’t want to be helpless in any way, so we’re going to try to learn for Luna. We’re going to have someone come to the house.”

Picture, if you will for a moment, the glorious Snapchat John Legend and Chrissy Teigen learning how to swim in their backyard pool would be. While you’re visualizing, keep in mind that the famous couple lives in Rihanna‘s old investment property in Beverly Hills, which boasts a living room with a glass panel that opens to the backyard (so Luna and her nanny can still see them as they flail around in the pool, learning the crawl) along with five bedrooms, eight bathrooms, two dining rooms, nine flatscreen TVs, and three fireplaces.

Before you assume they’re aquaphobes, though, Teigen set the record straight on that front: “I have no fear of water. John has no fear of water,” she said. For that matter, Legend and Teigen are utterly fearless creatures: “Or animals, or sharks or what have you,” she continued. “It wasn’t something where we were dunked,” she said—they just plain old didn’t learn how to swim. As to why they never learned as kids, Teigen simply said, “We just didn’t have water in our face when we were growing up.”

Luna may be next in the pool. People asked Teigen if she wants Luna to learn how to swim sooner rather than later, and she gave an “emphatic” answer, they report: “Absolutely!” First, though, Teigen and Legend have to find a swim teacher for themselves.