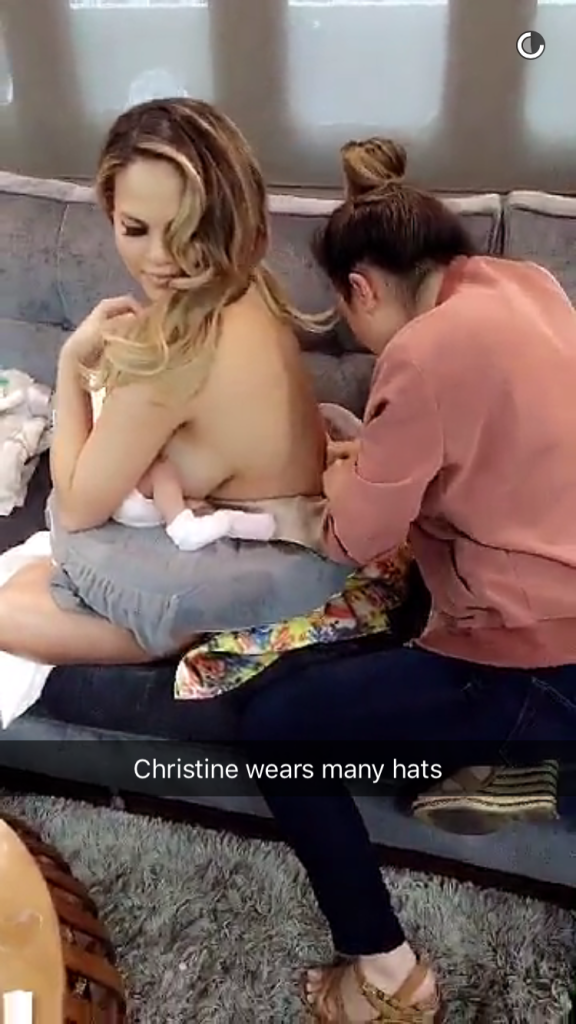 Little Luna Simone Stephens, the sole scion of Chrissy Teigen and John Legend, starred in her mom’s Snapchat feed today when they took a time-out on set of a photo shoot. Or, rather, Luna’s tiny leg and Teigen’s enormous breast starred in the short video. Hey, guys!

Teigen is evidently back on the modeling horse after less than a month of being a mom, also posting a selfie earlier in the day with some serious Carmen Miranda vibes, Brigitte Bardot hair, some very real cleavage and a trio of tiny necklaces (because one is never enough!). 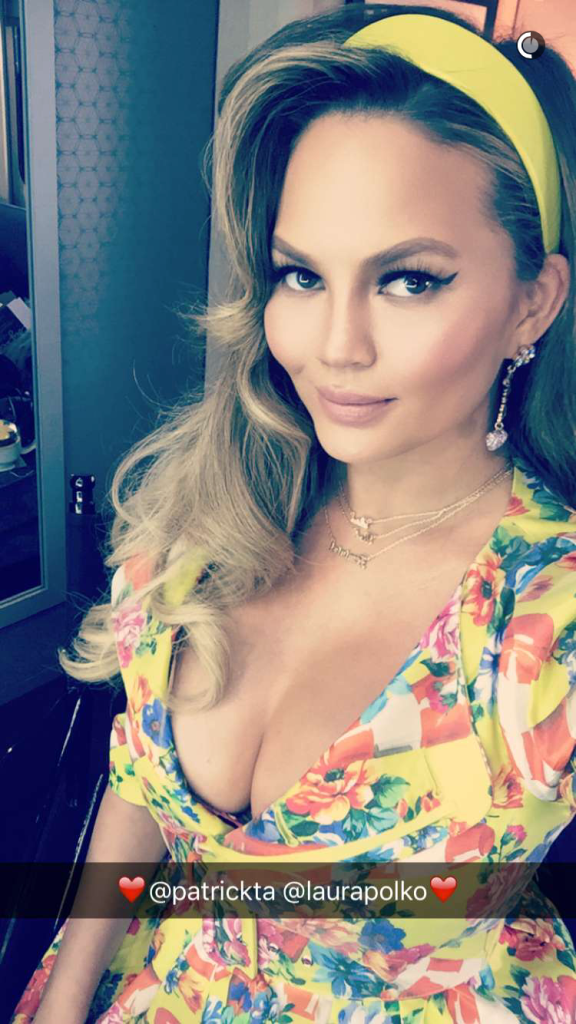 Some celebrity moms wouldn’t be caught dead breastfeeding their baby in public, which is why Teigen’s act of going the extra mile and actually posting her routine to Snapchat is actually kind of badass. “Christine wears many hats,” she captioned the video, which depicts her assistant fastening her into some kind of baby-breastfeeding-floatation-device-hula-hoop. To say the least! But Christine—as well as the new mama—looks perfectly content in the short documentary vid. No word on the baby, since we can only see her leg, but we imagine she’s quite happy too, since she’s hanging with her famous mom as she makes them bills. Go, team! 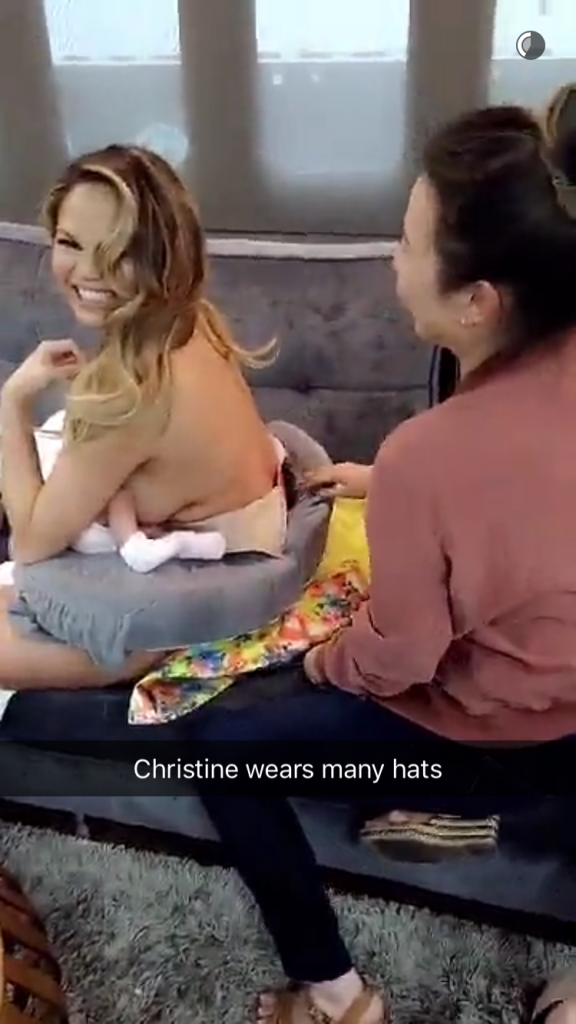