Chrissy Metz was in middle school when she couldn’t fit into a pair of PE shorts. “They didn’t have any give to them,” she recalls to StyleCaster. “Everyone was wearing them, and there was no alternative, so I was like, ‘This is not going to be fun.’”

It was around this age that Metz, who’s best known for her role as Kate Pearson in NBC’s This Is Us, became more aware of her size when it came to fashion. “In middle school, you’re just so impressionable and insecure,” Metz says. “I’d go into stores with my straight-sized friends, and I wouldn’t be able to fit into anything but necklaces or earrings. I thought I’d have to wear boys’ clothes because there just wasn’t any plus-size clothing, and if there was, you’d have to dress, like, 10 times your age.”

Her experience as a plus-size woman is one of the reasons that Metz decided to partner with Walmart, a store she used to shop at with her mom as a kid, to promote the brand’s size-inclusive fashion. “As a plus-size woman, I didn’t really have somebody to look up to,” Metz says. “Sixty-seven percent of women are considered outside of straight size, so if they’re not being seen and heard, that’s a problem. We’re trying to live our lives the best we can, and that starts a lot in our clothing and how we present ourselves. It’s cool that there’s an actual plus-size person who is behind a plus-size line and had experiences personally. Not just someone who’s like ‘Well, this can be advantageous because it can be lucrative.’ But more of, ‘This is my life.’” 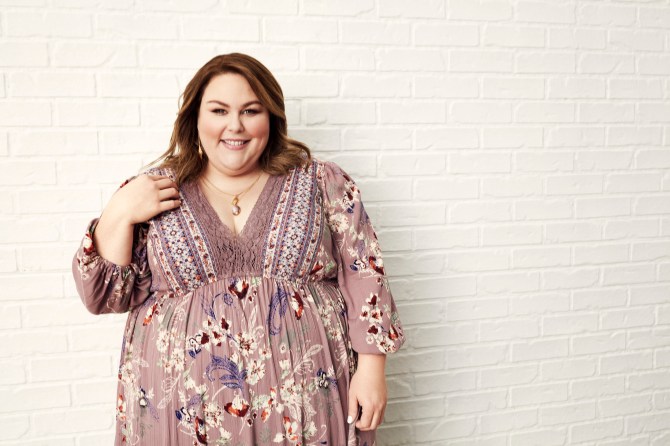 But size-inclusivity isn’t the only reason Metz is a fan of Walmart. She recently returned her hometown in Gainesville, Florida, where she drove by the Walmart that she used to walk to with her mom. “It was a place where we always shopped,” Metz says. “At that time, there weren’t necessarily cute clothes for a chubby little girl. It’s slim pickings when you have a budget that my mom was on as a single mom with many kids. I know what it’s like,  not only to be on a budget, but to not want to sacrifice what I look like or how I feel in particular clothing.”

Ahead, Metz talked to StyleCaster about the trend she never thought she could wear as a plus-size woman and her hopes for Kate in This Is Us season 5.

“I never even understood the concept of tucking a shirt into a skirt. I was like, ‘What? What is that?’ It sounds so silly, but I had someone who suggested, ‘This particular material with this particular skirt.’ I was like, ‘Oh!’ Unless you see something, it’s hard to visualize, especially if you’ve never seen it on a plus-size person or a body. It’s kind of scary to take that leap. It sounds silly, because some people are like, ‘Just put the clothes on!’ But it’s just not that simple.”

“I think that Kate was in shock. ‘What the hell? This is the only friend I have, and this is what you do?’ But I think Kate is going to know what’s good for Kevin. I think it’s interesting because if Kevin really got together with Sophie and they have this big, incredible amazing life together, you’re like, ‘Really? That’s too perfect.’ It doesn’t really work out that way. I found it interesting that the writers decided that it would be Madison. I’m excited to see where it goes. Not only for Justin, but for Cait Thompson, the actress, and for Kate, the character.”

On what she’s learned from Kate

“As Chrissy, I think I’ve learned to be even more vulnerable in an honest way. As opposed to, ‘Yeah, I’m sad.’ But ‘I’m going to tell you why I’m sad. This is what’s going on.’ Learning what we think are our deficits and our weaknesses are actually our strengths. I see that through her. Sometimes you just got to put one foot in front of the other, and you just got to suit up and show up for yourself. Kate’s done that through the trauma of her father and finding the love of her life and thinking that she was going to lose him Everything takes effort if it’s worth something.” 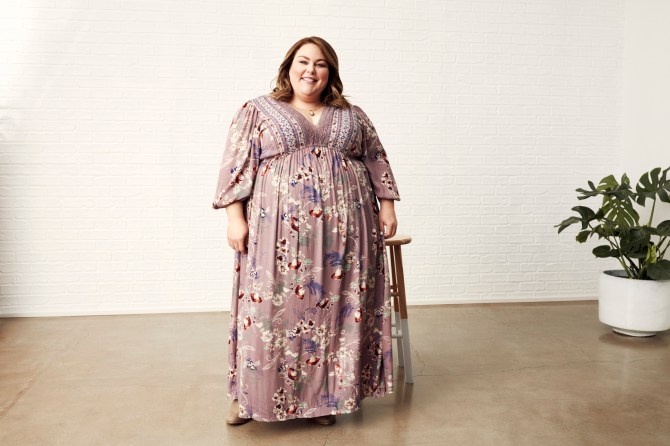 On her hopes for Kate in season 5

“I hope she has some more healing, and I do think she’s going to.As we’ve seen with Toby losing weight and how his stress has helped him take some weight off at the gym because he couldn’t handle the news of Jack being born with a disability, I think that Kate is holding onto a lot of trauma she has yet to share with people and that she’s been burying and burying for the majority of her life.”

On Kate’s “important” storyline in season 5

“There is a storyline that’s coming up next season, Dan and the writers called me and was like, ‘Are you going to be comfortable with this?’ And I was like, ‘Uh. Yes? It’s a very important topic to bring up and to discuss.’ We get to delve deeper into where Kate’s issues really stem from aside from the shame and the guilt that she’s had about her father’s death.”

On how This Is Us will end

“We know how it ends. So far, we’re going until season 6, but I think everyone is hopeful that there might be another season or a spinoff. I mean, we’re not talking Game of Thrones budget, but this show and the storylines are very intricate, and you want there to consistently be quality. We’ve known sort of from the get go. They’ve always had the timeline of how things were going to unfold. Tings do change because of whether an actor can’t be in the show anymore or they’re pregnant. But we’ve known for mostly the last four years.”