Two women have stepped forward with Chris Noth sexual assault allegations, per a new report by The Hollywood Reporter. The allegations come just one week after the Sex And the City actor reprised his famous role as Mr. Big in the series’ revival, And Just Like That, on HBO Max.

The women—who are both using pseudonyms to protect their real identities in the THR report—reached out to the outlet separately, months apart, after promotional materials for And Just Like That allegedly triggered memories of their experiences with Noth. One woman, referred to as Lily, sent an email to THR in August 2021. “I’m not sure how you go about this sort of story and how you find the other victims,” she wrote at the time. The other woman, Zoe, reached out to the outlet in October 2021. “Seeing that he was reprising his role in Sex and the City set off something in me,” she told the publication. “For so many years, I buried it,” she said, before adding that now is the time “to try to go public with who he is.”

Zoe, now 40, alleged that she met Noth in 2004 when she was 22 and working at a firm with high-profile celebrity clients. According to Zoe, Noth would often “flirt” with her at the Los Angeles-based office, until he invited her to his apartment in West Hollywood one day. When she joined him at his apartment, Zoe alleges that Noth “rape[d] her from behind” without wearing a condom. “It was very painful and I yelled out, ‘Stop!’” she told THR. “And he didn’t. I said, ‘Can you at least get a condom?’ and he laughed at me.”

“I realized there was blood on my shirt. I got out of there. I went to my friend’s apartment [in the same building],” she added, claiming that she went to the hospital after the alleged encounter. “I had stitches. Two police officers came. I wouldn’t say who it was.” 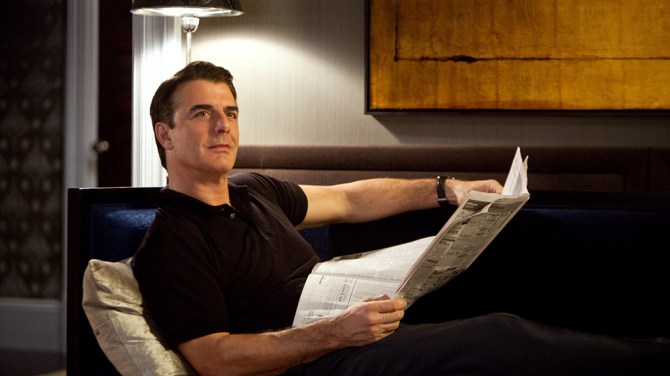 The second woman, Lily, allegedly met Noth in New York City while working as a server at a nightclub in 2015. Lily, now a journalist, was 25 when Noth allegedly invited her to his NYC apartment after a night of drinking. “He said marriage is a sham. Monogamy is not real,” Lily claimed of the Sex And the City star, who was already married at the time to his wife, Tara Wilson. Lily alleges that after he told her this, “He was having sex with me from the back in a chair. We were in front of a mirror. I was kind of crying as it happened.” When it was over, Lily added, “I went to the bathroom and put on my skirt. I was feeling awful. Totally violated. All of my dreams with this star I loved for years were gone.”

Noth responded to these allegations, telling THR in a statement, “The accusations against me made by individuals I met years, even decades, ago are categorically false. These stories could’ve been from 30 years ago or 30 days ago — no always means no — that is a line I did not cross. The encounters were consensual. It’s difficult not to question the timing of these stories coming out. I don’t know for certain why they are surfacing now, but I do know this: I did not assault these women.”

Noth’s sexual assault allegations come just weeks after the actor reprised his role as Mr. Big in And Just Like That. The series—which is fully titled And Just Like That…A New Chapter in Sex and the City—is a reboot of HBO’s comedy series, Sex and the City, which ran for six seasons from 1998 to 2004. The show, which was based on Candace Bushnell’s 1997 book of the same title , followed four women in their 30s and 40s—Carrie Bradshaw (Sarah Jessica Parker), Samantha Jones (Kim Cattrall), Miranda Hobbes (Cynthia Nixon) and Charlotte York (Kristin Davis)—and their sex lives in New York City. The show went on to win four Emmy Awards (including Outstanding Comedy Series in 2001) and release two movies, Sex and the City: The Movie in 2008 and Sex and the City 2 in 2010.

HBO announced that the Sex and the City reboot was in the works for HBO Max in January 2021. The reboot sees the return of each of the main cast members—except Cattrall, who has officially retired the role of Samantha. While Sex and the City focused on the four main women, Chris Noth’s character, Mr. Big (a.k.a. John James Preston), was also featured predominately throughout the series. Mr. Big was introduced in season 1 as Carrie’s love interest. The two had an on-again, off-again relationship over the show’s six seasons. The original series closed with Carrie and Big getting back together, leading to his reappearance in the Sex and the City reboot And Just Like That, which is now streaming on HBO Max.