It’s been nearly two decades since Chris Noth, Sarah Jessica Parker and Kim Cattrall starred together on Sex and the City, and their relationship has shifted quite a bit in the years since. So, who still considers one another friends?

Well, fans just got a clear answer ahead of the release of the Sex and the City reboot, And Just Like That, premiering December 9, 2021, on HBO Max. Noth—who starred opposite Parker as Carrie Bradshaw’s on-again, off-again lover Big on SATC—revealed where he stands with his former co-stars following their reported feud. Parker and Cattrall, who played Samantha Jones on the original show and its two sequel films, reportedly had a falling out over salary negotiations and Cattrall’s refusal to star in a third SATC film. Their feud came to a head when Cattrall publicly slammed Parker for allegedly being “cruel” to her when offering her condolences for the death of Cattrall’s brother in 2018.

According to Noth, Cattrall and Parker’s feud was truly “uncomfortable”—but he still sides with his on-screen love interest. Speaking to the Guardian, Noth said, “I have to tell you, I have absolutely no idea what her thinking is, or her emotions,” he said of Cattrall. “I do know that I’m very close with SJ and [Cattrall’s] descriptions of her don’t even come close.”

The actor went on to note that their feud was a difficult situation for all. “I liked her, I thought she was marvelous in the show and some people move on for their own reasons,” he explained. “I don’t know what hers were. I just wish that whole thing had never happened because it was sad and uncomfortable.” Noth continued, “I just don’t like to see anyone talking down about SJ because she’s a target and people can be nasty. I feel very protective of her and I was not happy about that. That’s all I’ll say about that.”

As for what Cattrall said in full about Parker back in 2018, the actress wrote, “I don’t need your love or support at this tragic time @sarahjessicaparker. My Mom asked me today ‘When will that @sarahjessicaparker, that hypocrite, leave you alone?’ Your continuous reaching out is a painful reminder of how cruel you really were then and now. Let me make this VERY clear. (If I haven’t already) You are not my family. You are not my friend. So I’m writing to tell you one last time to stop exploiting our tragedy in order to restore your ‘nice girl’ persona.” 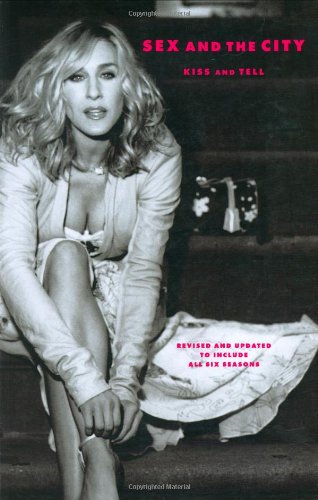 Sex and the City is available to stream on HBO Max.