It’s that time of year that makes us feel all warm and fuzzy inside. No, we’re not talking about the impending holiday season—it’s People‘s Sexiest Man Alive time! And this year’s honor went to none other than Aussie actor (and Miley Cyrus‘ almost-brother-in-law) Chris Hemsworth. (Yeah, we had a meh reaction too—our money was on Chris Pratt.) 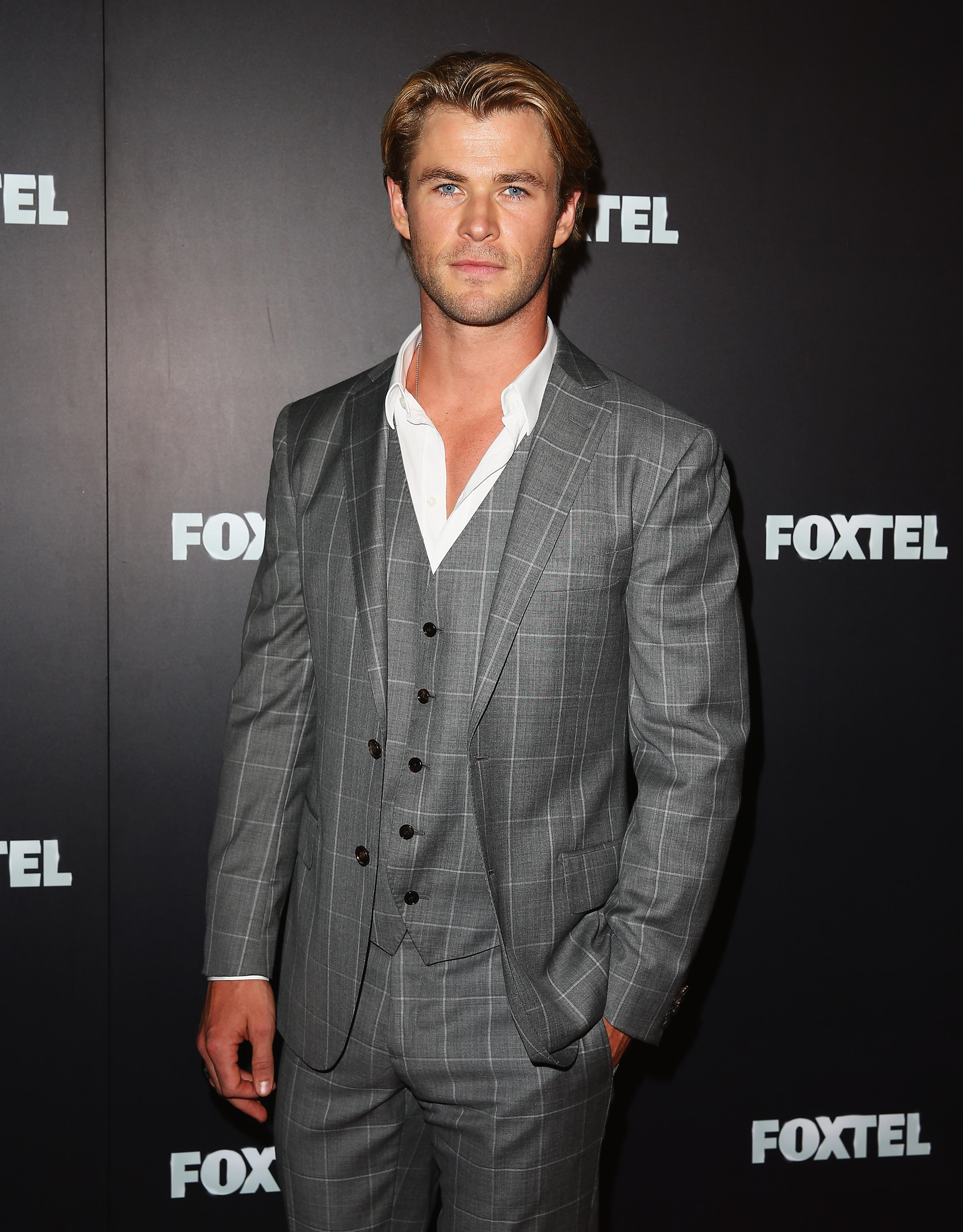 Although he’s not quite as recognizable a name as last year’s winner Adam Levine, it makes perfect sense that Hemsworth nabbed the title—announced by Jimmy Kimmel on his late-night talk show—since People typically chooses dudes who aren’t only easy on the eyes, but also those who are legitimately bankable stars.

MORE: 50 Fictional Men We’d Like to Jump Into Bed With

Hemsworth meets all the criteria. He got his start as hammer-wielding Norse god “Thor,” and reprised that role in The Avengers, and he’ll will fight off a terrorist hacker in Michael Mann’s upcoming cyber thriller, Blackhat and battle a whale in Ron Howard’s In the Heart of the Sea.

Hemsworth is married to Spanish model, Elsa Pataky, 38, and they have three kids.

People‘s issue—presumably packed with shirtless photos of Hemsworth—doesn’t hit stands until Friday, but head over to People.com now for some excerpts of the interview, and note that the mag also put small images of Pratt and Idris Elba on its cover.