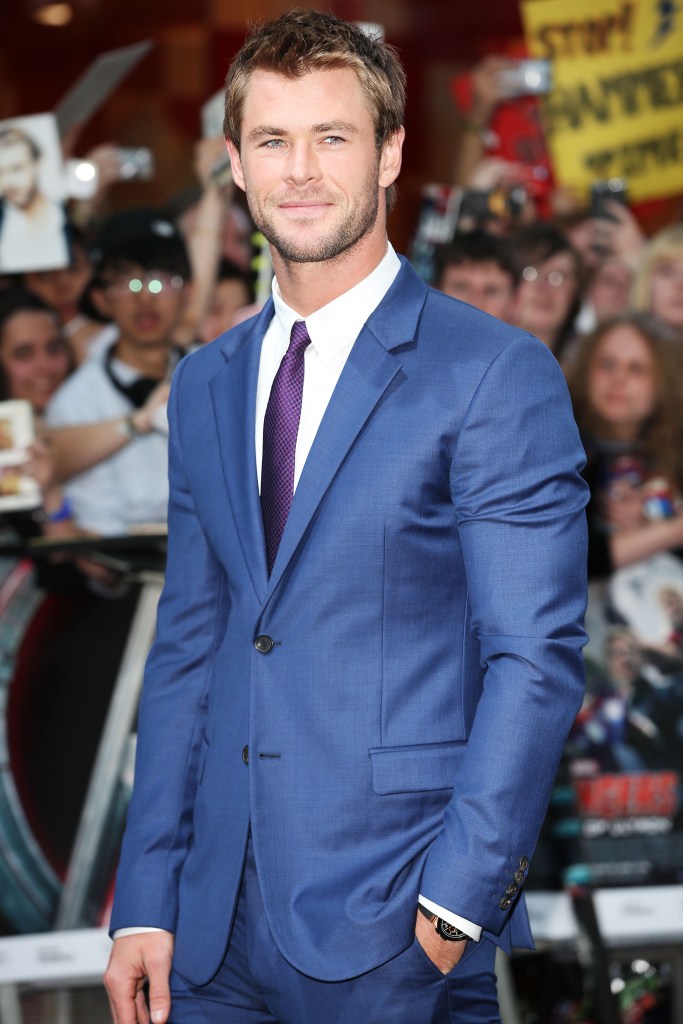 Chris Hemsworth, is that you?! The famously buff Avengers actor shocked us (and his 883,000 other Instagram followers) by sharing a picture of himself on the set of the movie In the Heart of the Sea. We’re used to seeing People‘s Sexiest Man Alive one of two ways: Clean-cut in a suit on the red carpet or all rippling muscles in the lead role of an action movie. So, yeah, his dramatic weight loss and disheveled appearance was a little unexpected.

Hemsworth looks virtually unrecognizable in the shirtless picture thanks to a transformation he undertook to play the role of a sailor stranded at sea after his boat is destroyed by a whale in the upcoming drama, directed by Ron Howard.

MORE: Go Ahead, Objectify: 50 Men Who Are Certifiable Beefcakes

While the new look is definitely shocking, Hemsworth is hardly the first actor to switch up his or her physical appearance for a movie role. Who could forget Charlize Theron‘s unbelievable transformation in Monster—the stunning actress was unrecognizable in her Oscar-winning role. Jared Leto lost around 40 pounds for 2013’s Dallas Buyer’s Club, and Matthew McConaughey took off around 30 for the same movie—both won Oscars. Christian Bale shed 60 pounds for 2004’s The Machinist, and Tom Hanks both packed on and lost 50 pounds for 2000’s Cast Away.

These types of dramatic makeovers are the ultimate nomination bait—so though Hemsworth might be messing with his Sexiest Man Alive status temporarily, it could be a role that lands this beefcake some serious recognition.