Tough love. Chris Brown congratulated Rhianna’s baby’s birth on Instagram. The Breezy singer posted on his Instagram story on May 19, 2022, right after TMZ reported that the Barbados singer gave birth to a baby boy.

Chris posted a story that had only text and emojis seemingly directed toward his ex-girlfriend. “Congratulations,” the story said with a pregnant woman emoji and heart and prayer hands emojis. The now-deleted story made fans speculate what the relationship between Rihanna and Chris is now.

An insider close to Chris revealed to HollywoodLife on May 20, 2022, that Chris simply wanted to wish Rihanna and her current partner A$AP Rocky well for their newborn baby. “Posting it on his story is his way of reaching out but still being respectful,” the insider shared. “He knows she will hear about it and he’s sure that she’ll be happy because he’s letting her and the world know that he’s sending nothing but good vibes and it’s true, Chris is genuinely happy for her. There was a time when it would have been hard for him to handle Rihanna having a baby with another man, but he’s grown now, all that baggage is behind him. Now, it’s nothing but love and respect.” 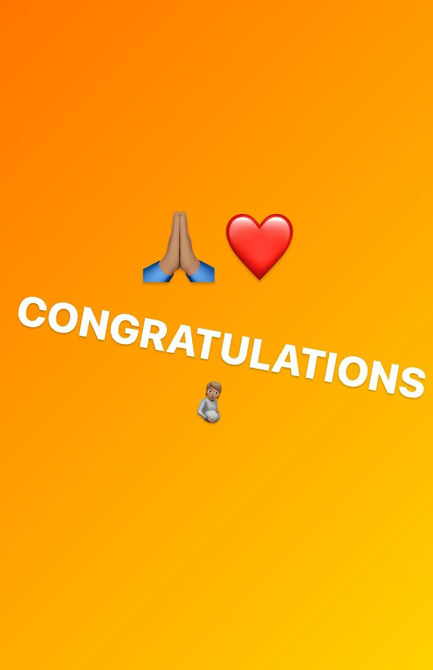 Chris knows his boundaries with Rihanna after their public breakup. The insider continued, “Becoming a parent has been the greatest gift Chris has ever known, and he knows Rihanna will experience the same feelings. He didn’t feel comfortable texting her, so he thought it would be appropriate to congratulate her and Rocky on social media. He’s not trying to step on toes but is truly happy for her and just wanted to send his best.”

Rihanna and Chris broke up in 2009 after Chris physically assaulted Rihanna before the Grammy Awards. The two briefly reunited in 2012 but broke things off for good in 2013. Rihanna called Chris the “love of her life” in a conversation with Oprah Winfrey in Oprah’s Supersoul Conversation in 2019. “He’s in a relationship of his own,” Rihanna said. “I’m single. But we have maintained a very close friendship ever since the restraining order’s been dropped. We’ve just worked on it little by little. It has not been easy.” Chris has since welcomed three children of his own, Royalty, 7, Aeko Catori, 2 and Lovely Symphani, born in 2022.

Rihanna announced her pregnancy with her current boyfriend A$AP Rocky in January 2022 with a photoshoot in Harlem. The “Umbrella” singer exposed her pregnant belly underneath a large pink puffer jacket while A$AP was kissing her. She gave birth to a healthy baby boy on May 19, 2022, according to TMZ.