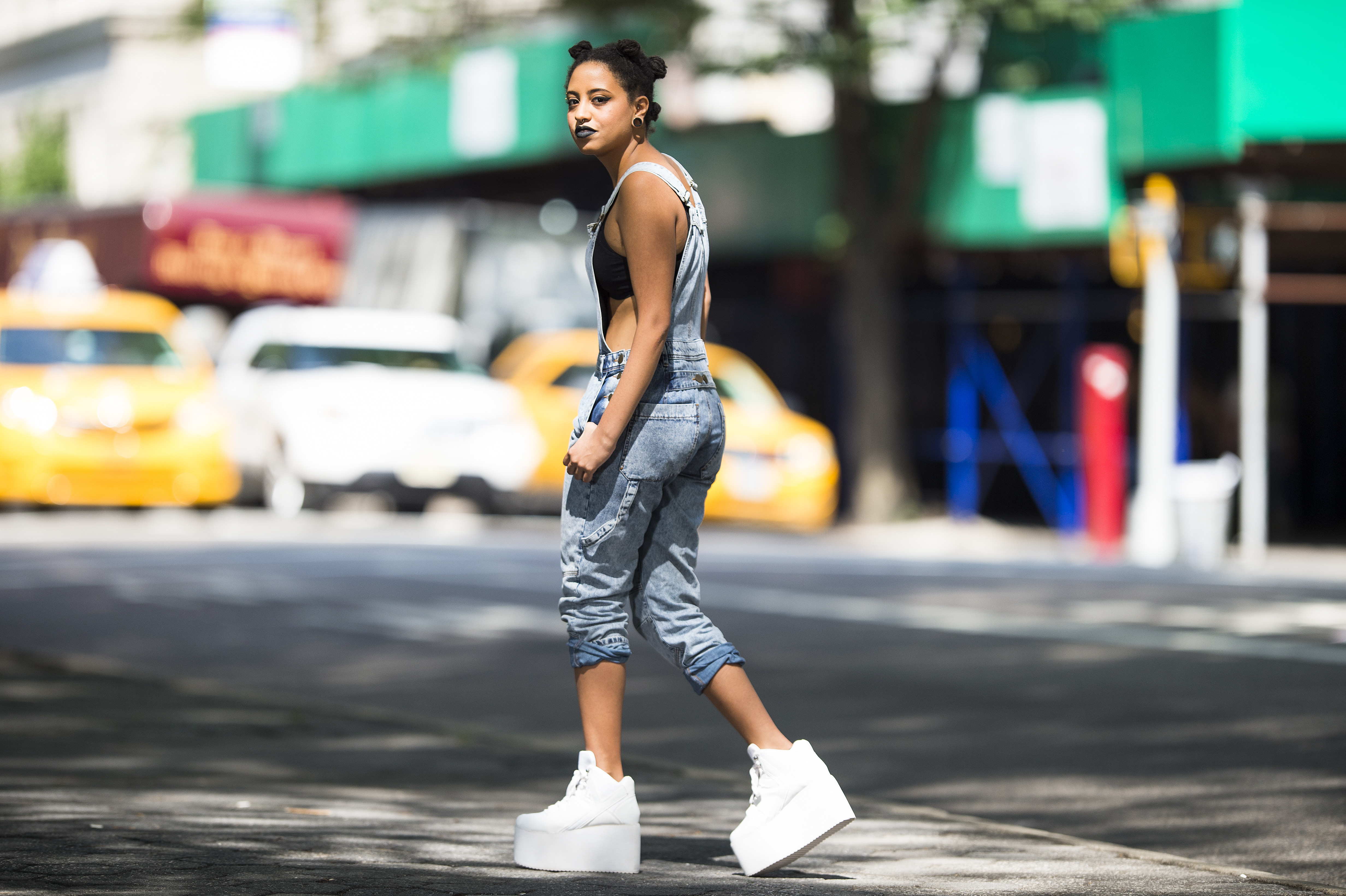 When it comes being bold, we can all learn a thing or two from Chiara De Blasio, the daughter of New York City’s mayor Bill De Blasio—and one of our 2014 Most Stylish New Yorkers honorees. She first captured our attention when she wore a flower crown the day her dad won the mayorship, but fashion isn’t the only thing this full-time college student is interested in. Read ahead to find out more about her fearless views on New York City style and her future plans to help make this world a better place.

What does New York style mean to you?

New York style is like an encyclopedia of all fashion, ever. Although people are way more than just appearances, and the way you look is truly unimportant in comparison to who you are on the inside, it says so much about this city that we’re so stylish here! I am a firm believer in the true artistry of fashion. The fact that we New Yorkers are able to express ourselves through such incredible personal style means that we have one hell of a collective imagination!

How does the city influence your style?

Well, New York is a great place to check out street style. I get a lot of inspiration from what I see people wearing day to day. But more importantly, New York City has shown me that the fashion possibilities are endless. I have learned to be fearless in my personal style. Basically, my motto is, “If I can think it, I might as well wear it.”

What upcoming projects are you working on?

I’m returning to school soon, which is a project in itself. However, I will be doing much more work in the future to combat domestic violence, mental illness and substance abuse.

What is the most recent thing you bought?

The most recent thing I bought was the skirt I wore to Afropunk. I got it for $8 at L Train Vintage, which is a serious bargain because it’s insanely psychedelic. I’ve also acquired a lot of clothing from clothing swaps recently, which I encourage everyone to do, because it’s a great way to save money, eventually steal your friends’ dope clothing that you’ve been coveting, and most importantly, prevent waste!

What’s your number one style rule or tip?

Wear whatever the fuck you want! Never ask yourself (or anyone else), ‘Can I pull this off?’ The only way to pull something off is by wearing it. You might have some doubts, but that’s okay. Also, unless you’re going to work, court, or a funeral, everything is appropriate for every occasion. Wear your stilettos to the DMV, and your overalls to prom.