At this point, it’s not shocking to see shocking photos of Chelsea Handler. She’s gone naked before, and she’ll surely do it again. But her Instagram activity last night is ripe for discussing, particularly because she parodied a certain Russian President and, okay, tackled a cause that has been gaining steam lately—female nudity on social media.

When Instagram took down a photo that Rihanna posted showing her bare breasts, @BadGalRiRi (RIP) protested by quitting the app entirely. Chelsea chose a different route.

MORE: The 20 Most Naked Celeb Instagram Photos of All Time

First, the talk show host posted a photo of herself topless on a horse, mocking one of Russian President Vladimir Putin’s meme-iest of memes with the caption, “Anything a man can do, a woman has the right to do better. #kremlin”

The photo was swiftly taken down by the app, so she put it up again: 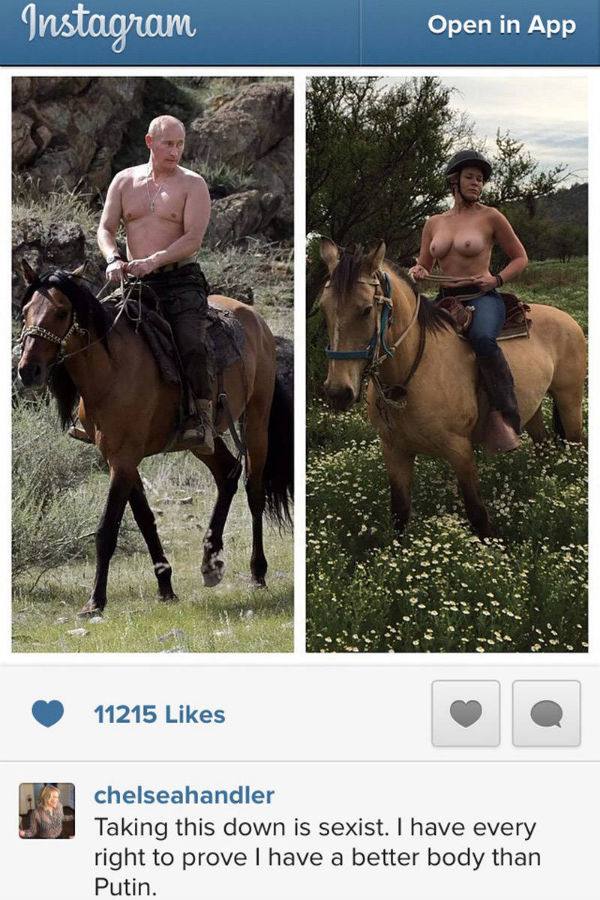 When it was removed for a second time, Chelsea posted an image of Instagram’s removal notice with the caption “If a man posts a photo of his nipples, it’s ok, but not a woman? Are we in 1825?” 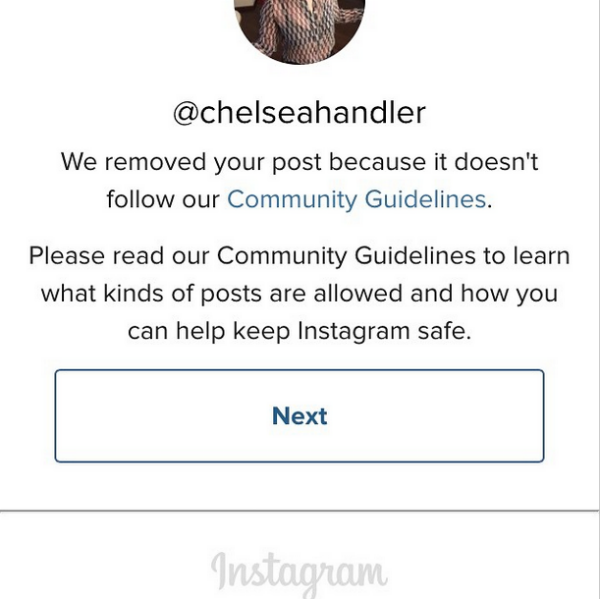 Going with that whole “third time’s the charm thing,” Handler then posted the photo one final time with the caption: “If Instagram takes this down again, you’re saying Vladimir Putin has more 1st amendment rights than me. Talk to your bosses.” Well bosses be damned, the photo was once again removed.

MORE: Get Ready for a Sexier Kate Middleton

So what’s the deal? Do you think Instagram’s nudity policy is too strict? Do you think Chelsea and all of her fellow women should be able to post nude photos? Do you think this is all just publicity for her new show? Share in the comments!