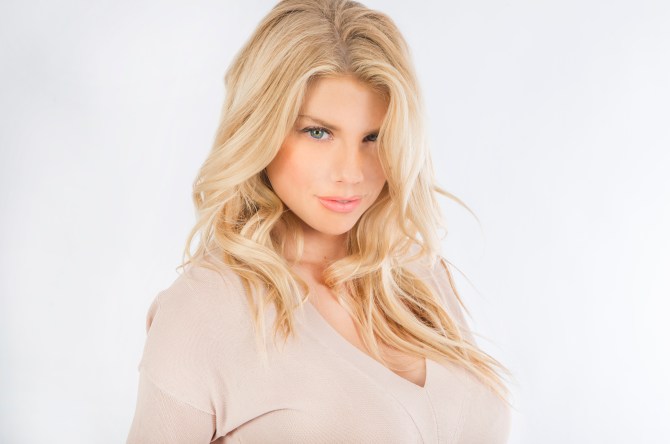 If the above sultry stare and set of pouty lips look familiar, let us jog your memory: Superbowl, Carl’s Jr, burgers, dancing. Remember now? Charlotte McKinney shot to fame when she was featured in a saucy ad during the Superbowl for Carl’s Jr, joining the league of former burger babes Paris Hilton and Kate Upton.

The 21-year-old also appeared in a campaign for Guess, then landed a spot on the current season of “Dancing With the Stars,” where she was eliminated after three weeks in the competition.

We sat down with the Florida-born beauty to chat about fitness, fashion, how she deals with inevitable internet trolls (hint: ignore), and to get the scoop on which pickup lines men should avoid at all costs.

Keep reading to get acquainted with this woman on the rise!

StyleCaster: What was the biggest highlight for you during your time on “Dancing With the Stars?”
Charlotte McKinney: Just getting out of my comfort zone and learning something different! For me [that] was so cool. Getting in shape and learning new things—that was huge for me.

Who do you think will win?
Rumor Willis. I think she’s amazing and I think she’s just really devoted and puts in so much time and effort into it, so yeah.

Who do you think is the cutest pro?
My partner. Keo Motsepe.

We’ve seen your dancing talent, but do you have any hidden talents that nobody knows about?
My humor. I’m really goofy and you’ll realize once you meet me that I’m just so down to earth and a weirdo and, you know, that I’m nice. I think that’s a shocker. 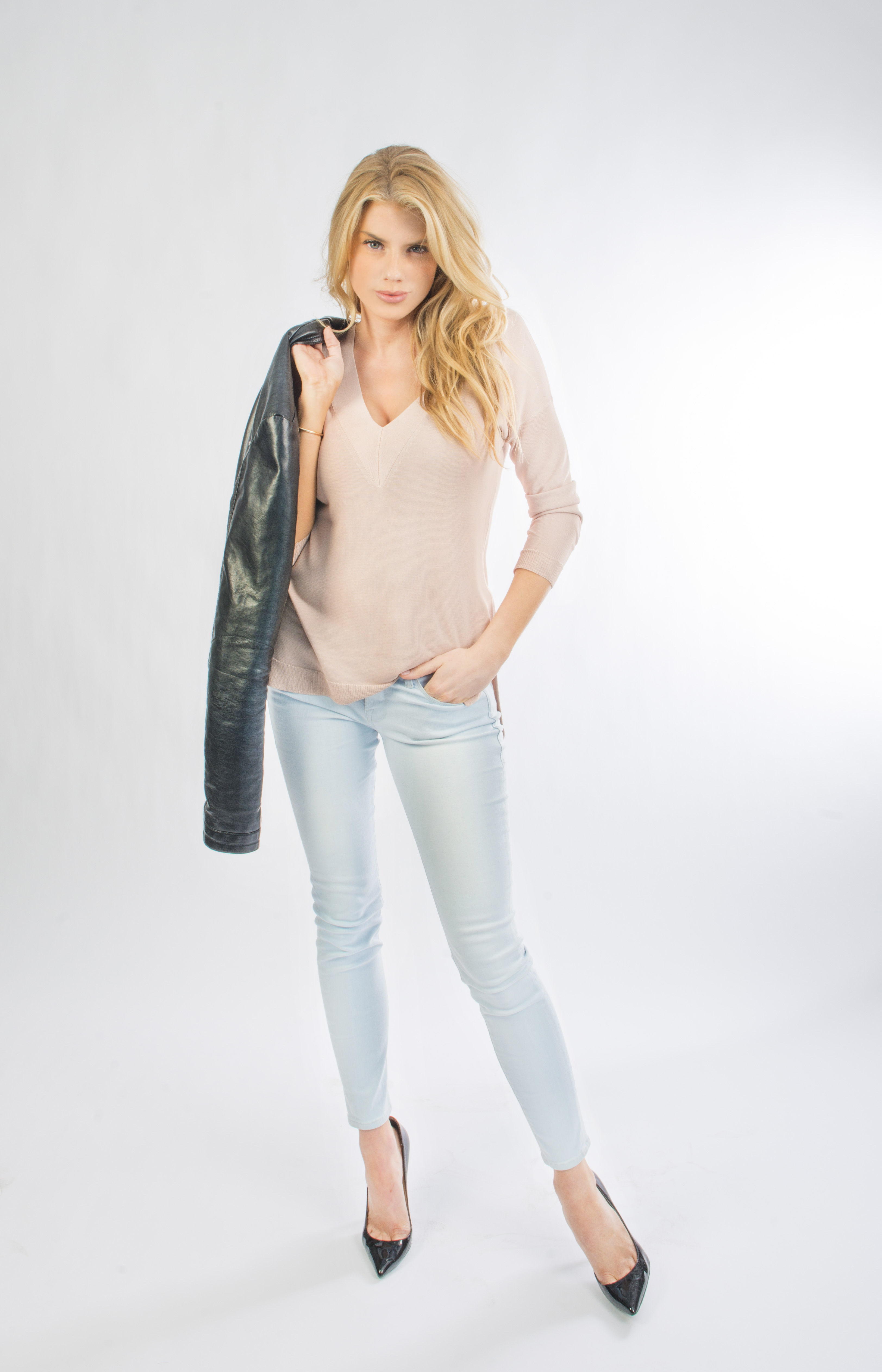 Who’s your celebrity crush?
Paul Rudd. I like any guys that are funny, it’s a huge turn on to me.

So, you love a guy with a sense of humor. What else do you look for?
Kindness, a guy who treats everyone the same. That’s always been a turn off to see a guy yell at a waiter or a valet.

What’s the cheesiest pick up line a guy has ever tried on you?
Ugh, there are so many! When guys come up to you and talk about a body part—it’s such a turn off and so degrading. So that’s cheesy, when they talk about your body.

What would you prefer them saying. Whats a good line?
Just coming up and saying “Hey, I’m so-and-so, and I saw you from across the bar and I’d like to get to you know you.” And that’s it, leave it at that. And I’ll either talk or I won’t.

During your time on DWTS, you were a victim of social media bullying. How do you deal with that?
Well it’s kind of been a part of my life forever, the bullying. And, you know, with the industry I’m in, we’re putting ourselves out there to be brought down. People are going to bring you down with the fame you get. I just try to not look at it and I try and keep my head up because sometimes I can tell when I start reading an article and read comments that the rest of the day I’m really hard on myself. And, I tend to look in the mirror too much and I’m a very insecure person too, sometimes. So, my take with that is just not looking into it and not feeding into it.

What advice do you have for others who are being bullied?
My advice is keep your head up and just try not to pay attention to it. Even if it’s hard, just keep doing your thing and if you’re successful, the more success you do, the less you even need to even look at it. Haters are motivators!

MORE: 25 Weight-Loss Tips From the World’s Most Beautiful Models

When you were on the show, you were training for hours every day. What does your exercise routine look like now?
I cannot go a day without some sort of exercise. I go crazy, I need that release in my brain. I do hot yoga, usually if I’m not working, or I try to run into the gym or Pilates. So usually, I’m going all week, unless I’m working—and I try to take my weekends off.

When you’re traveling, what’s your secret to staying healthy?
My secret with traveling is trying to fit in exercise even when you’re dead [tired.]. I swear, it’s what helps me not get sick. Lots of ginger shots, and [I[ always try to get as much juice in me and vitamins. Sleep is the number one thing, or you’re a mess.

Where are your favorite places to shop for cheap fashion finds?
I wish I liked cheap places. I have such a spending problem. I’m a big Intermix fan, but I wouldn’t say they’re cheap.

Okay, where do you splurge then?
Intermix, and I really like boutiques—smaller, designer places. I have a couple places in L.A. I love Switch Boutique. I like going places where a lot of people won’t be able to find [the same things.] I definitely have a shopping problem. You can ask my business manager.

How would you describe your style?
My style would definitely be classic and really relaxed and laid back. And at the same time, elegant and classy—and edgy when it’s the right time.

Who would you die to trade closets with?
Rachel Zoe.

What kind of pieces do you think flatter your frame?
A tight skinny jean. Usually I’m wearing tight clothes. When I’m wearing [things that are] too baggy, they tend to make me look bigger. So, just anything really fitted and tight.

What’s your favorite emoji?
The dancing girl with the red dress.

Do you have a favorite app?
Yeah, I just got into net-a-porter, which is another dangerous thing. That’s been pretty brutal. 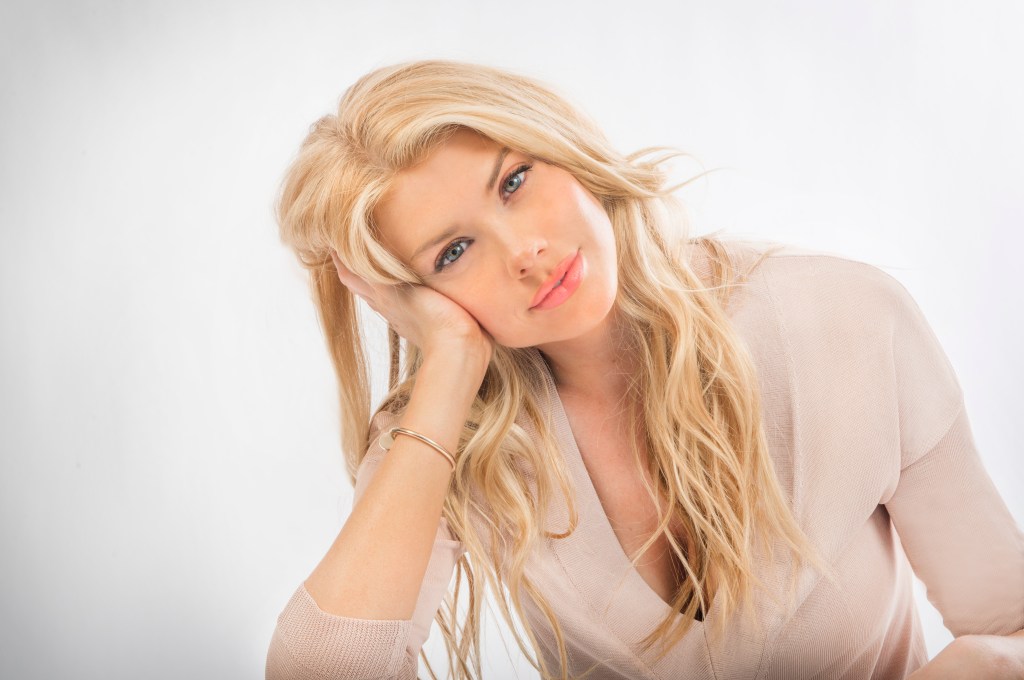 And whats the last thing you Googled?
Probably, like, the closest juice place.

If you weren’t modeling, what would you be doing?
I’d be a yoga instructor and a nutritionist.