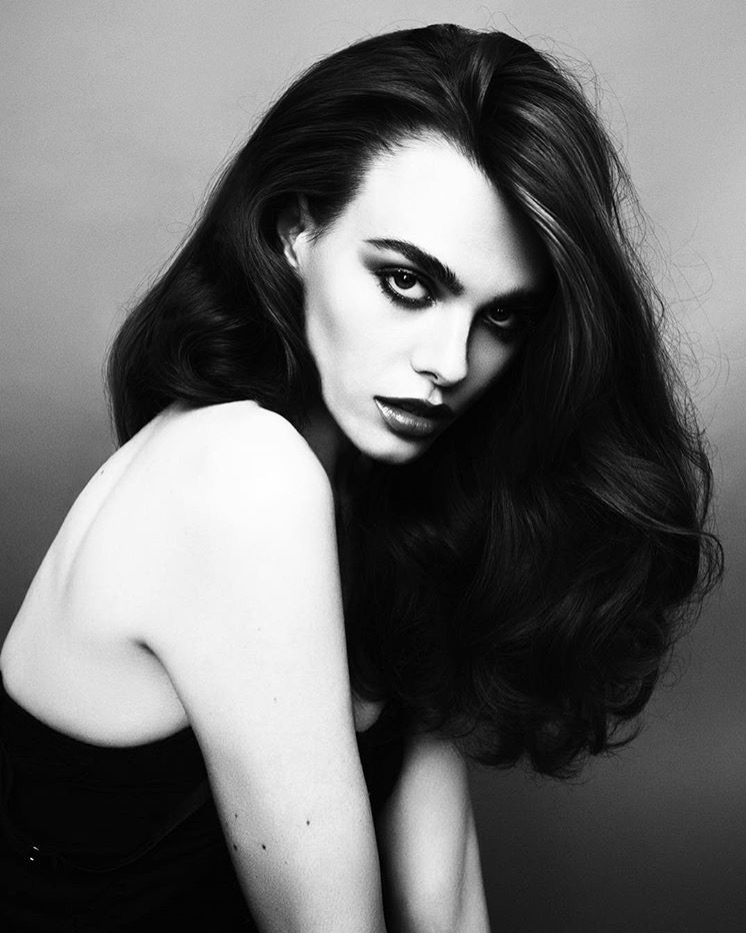 About a month ago, British model Charli Howard essentially broke the Internet when she decided to post an epic Facebook status that doubled as an open letter to her agency, which had let her go on grounds that she was “too big” and “out of shape.” The move made headlines for a number of reasons, the biggest one being that Howard is 5’8″ and wears a U.K. size 6–8 (the equivalent of a U.S. 2–4.) Yep.

In the letter, Howard put forth a number of powerful rallying cries, including “The more you force us to lose weight and be small, the more designers have to make clothes to fit our sizes, and the more young girls are being made ill. It’s no longer an image I choose to represent.” and “In case you hadn’t realized, I am a woman. I am human. I cannot miraculously shave my hip bones down just to fit into a sample size piece of clothing or to meet ‘agency standards.’”

As is the nature with all things Web, Howard’s words took off like a shot, going completely viral and getting covered everywhere from the Daily Mail to Vogue—something she didn’t intend.

“It was the scariest thing,” she told us while stopping by our office last week. “You don’t realize how quickly something can escalate when you write [it] on social media. If I thought about the kind of shit I’d get the next day from loads of people on the Internet—and also the positives—I probably wouldn’t have done it. I had no idea it would have that type of impact.”

Going from relative anonymity to a viral sensation might be scary, but—apart from a few Internet trolls whom Howard said accused her of “doing it for attention” or looking for her “15 minutes of fame”—her words paid off.

Not only did they allow the model to continue doing what she loves on her own terms, signing with a new agency that she says is off-the-charts supportive, but it inspired her to launch a cool new social media campaign called More Than a Number, which encourages women to write a number on their bodies that represents something important to them.

“Maybe it’s the date you passed an important exam or the number of pets you have or the number of close friends you’ve got,” Howard said. “It’s not about what you look like; it’s about you as a person.” The goal, she hopes, is for young girls to start looking at themselves and realizing attractiveness and beauty shouldn’t be equated with what size jeans you wear or what the scale says.

While chatting with Howard, we were gearing up for the annual Victoria’s Secret fashion show, a spectacle that’s historically packed with models who aren’t emaciated and bony but curvy and sexy—a look that Howard agrees is undeniably having a moment in fashion (one look at the sheer number of Spring 2016 runways Gigi Hadid walked should be proof enough). But Howard says looking like that isn’t the most realistic either.

“We had the size zero thing, and I do think that’s starting to change,” she said. “I think now the trend is very much ‘fitspo,’ so it’s cool to be quite healthy. In terms of Victoria’s Secret, I look at them, and I’m like ‘God, the willpower you’ve got to maintain a body like that is to be admired.’ Obviously they’ve got their paychecks to go along with it, so they’re being paid millions, and it launches their careers and gives them a much bigger platform.”

As for whether she thinks short-sighted agencies would turn down women like that for not being stick-thin? “I think anyone who looks like that would get work. But it does take an awful lot of work to be like that. It’s something I couldn’t do.”

What she can do? “I can start being myself, which is a really exciting change for me.”

To join Howard’s campaign, use the hashtag #MoreThanANumber, and be sure to watch Howard’s video below from our parent company, SheKnows.