The best part about “Magic Mike” is that Channing Tatum was actually a stripper back in the day, so when he enthusiastically humps the stage or flings his pants to the heavens, you can picture him doing the same thing years ago, when he was just a Tatumling tryna’ make a name for himself. And in a recent interview, he revealed what kind of numbers we’re looking at in terms of how many ladies he brought home at the end of such scantily-clad nights.

In a word (or two): a lot. On a snappy, brand-new Web series called “Speechless with Carly Fleischmann,” Tatum was gamer than usual to answer intimate questions from journalist Carly Fleischmann, a 21-year-old nonverbal autistic woman who launched her show with this fiery seven-minute tell-all.

Introducing him on her inaugural segment, Fleischmann called the star, among other things, “a boyfriend to many,” adding, “and soon he will dump his wife to be with me,” which elicited a guffaw from her interviewee. After a few warm-up questions, she asked, “I know you were a stripper growing up. How many girls at the end of your night would take you home?” Though a tad taken aback, he answered, “How many? At the end of one night? Some nights was, was, was—more than others.” 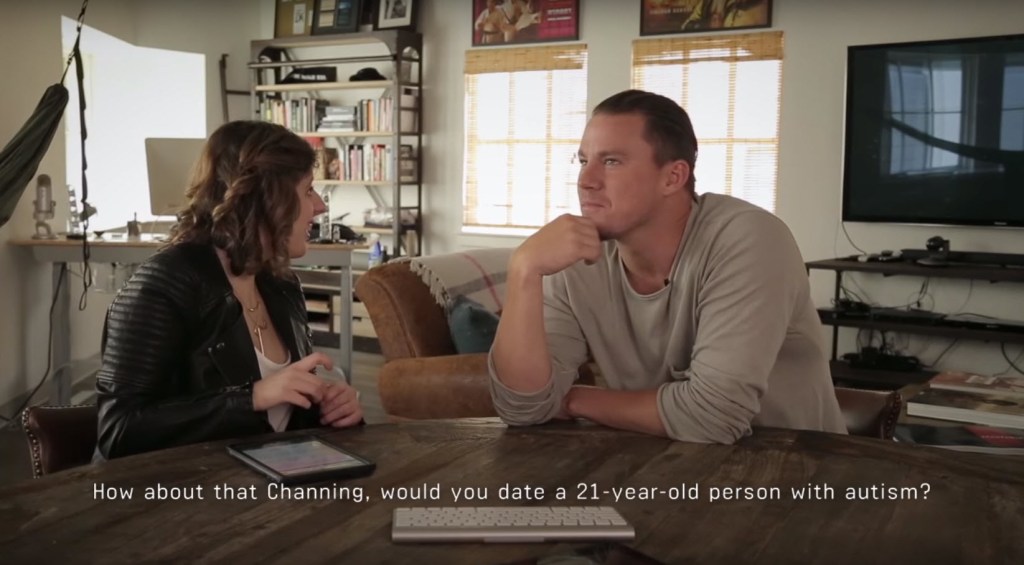 This wasn’t the only personal question Fleischmann asked, but it was definitely the most fun. She also addressed topics including Tatum’s looks (he finds it hard to make people take him seriously) and whether he has ever “dirty danced with [his] wife in a location outside of the bedroom.” (In case you’re wondering: “Yeah. We do it every time we go to the beach. Or in the pool. We do the lift. We do the actual ‘Dirty Dancing’ lift. A lot.”)

This isn’t Fleischmann’s first rodeo: Having caught the attention of media outlets as a young adult, she has been on shows including “Larry King Live” and “Ellen,” and she published a book with her father in 2012. She’s “hoping to become the world’s first autistic and nonverbal talk show host,” according to a primer on her YouTube channel, and she’s well on her way—at the end of this first episode, she told Tatum, “One of the hardest and scariest moments of my life is sitting next to you and waiting to find out if my dream of being a talk show host is going to turn into a reality.”

And, because you can never watch it too many times, here’s this: