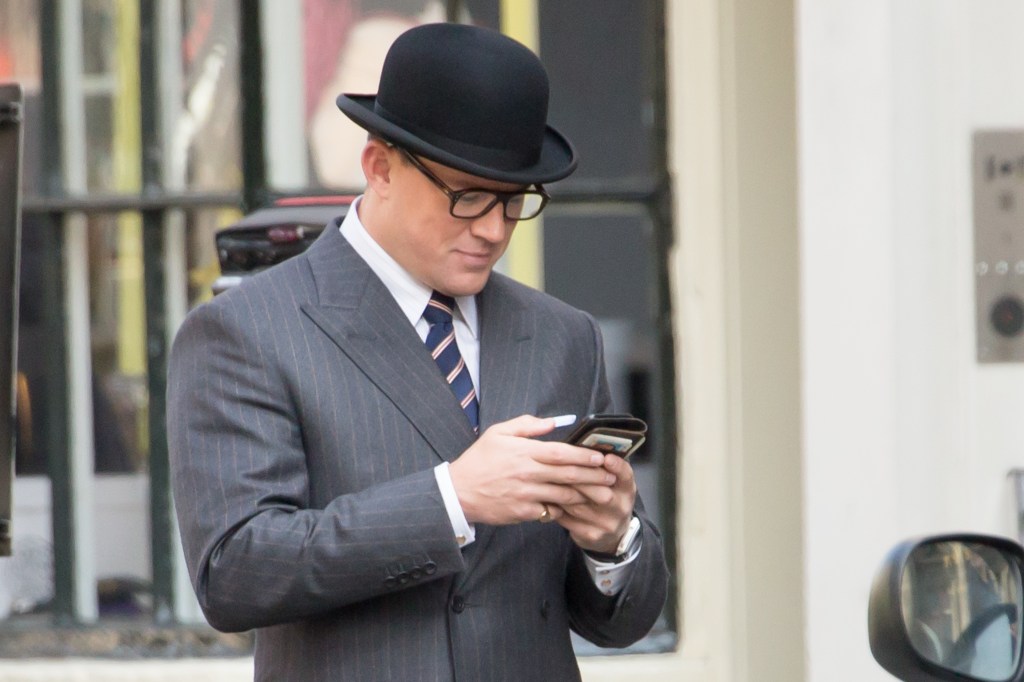 Channing Tatum, is that you? The star, who is best known for roles in films featuring storylines that allow him to show off his physique, is shooting “Kingsman 2: The Golden Circle” in London right now, and new photos recently surfaced of the actor in a 1940s-style gray pinstripe suit, sleek black boots, and a bowler hat. Let it be said: The actor should perhaps consider sticking to his usual hot-guy vibe, as he looks completely different in this new look.

Tatum has a supporting role in the lighthearted spy film, which is set to be released on June 16 of next year. Based on the comic book “The Secret Service” and following 2014’s surprise hit “Kingsman: The Secret Service,” it will also star Taron Egerton, Julianne Moore, Halle Berry, and Mark Strong, with Colin Firth and Elton John also rumored to be part of the cast, as the Independent reports. 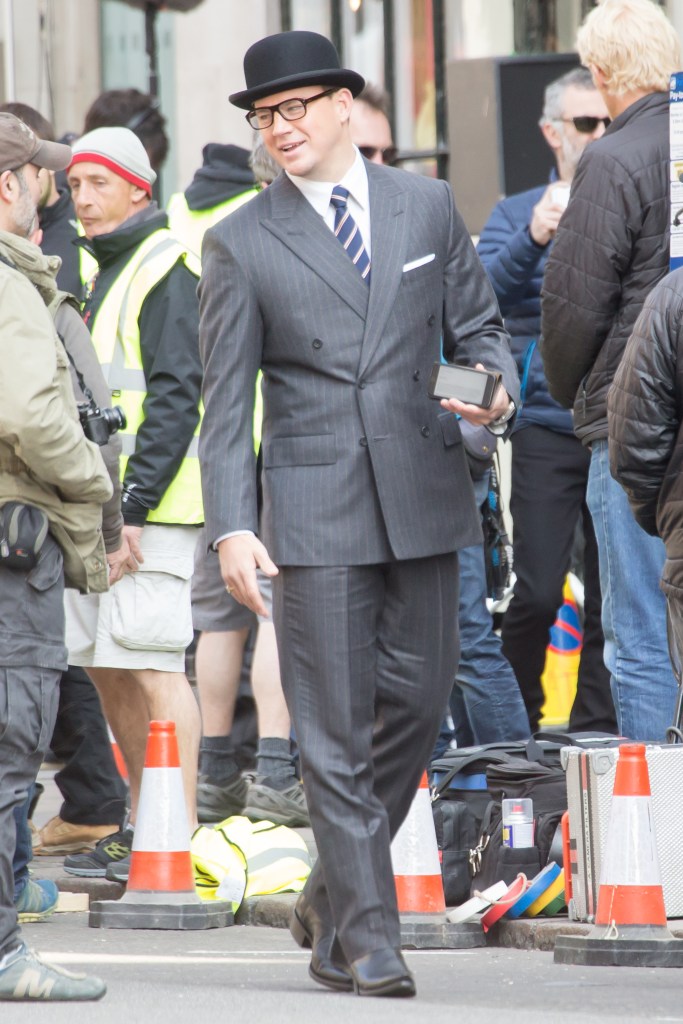 It will be a shock to see Tatum fully dressed in a film, especially on the heels of his announcement that Magic Mike will now be a live male strip show, starting in Las Vegas in March of next year and taking it on the road after that. Though Tatum—who was a stripper IRL before he got famous—isn’t slated to wiggle around onstage himself, it’s a very real possibility that he’ll make an appearance or two, since he’s directing the show. It’s too soon to say for sure, but we can say that he has a totally different look on the “Kingsman 2” set, and it’s a little confusing.