Supermodel Chanel Iman, 28, and New York Giants player Sterling Shepard welcomed their first child on August 10, 2018. Since then, Iman has shared countless Instagram posts featuring her adorable daughter named Cali. Now, she is focused on getting back to work to give her baby the best life—and who can blame her?

At a dinner celebrating her partnership with eye-care company and glasses retailer LensCrafters, Iman opens up to StyleCaster about how she is dealing with “pressure” to get back in shape and how life has changed now that she is a mom. 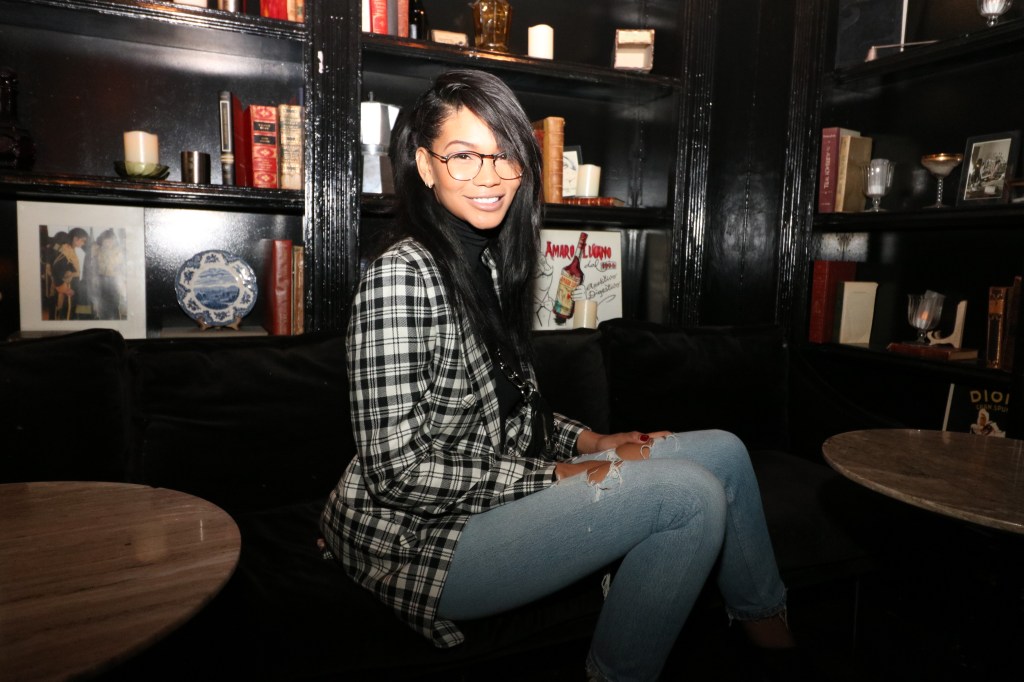 In November, Iman told People that she felt a “little bit” of pressure to lose her baby weight because of how quickly she wanted to start working again. (“I just love being on set, so I wanted to get back into the groove of things,” she told People.) As for if she still feels that way, Iman tells StyleCaster that she does, explaining that she’s antsy to return to modeling so she can provide for her daughter. “It was more so like I like working; I like what I do, so I just wanted to start working out and getting back in shape so that I could go back to work and give Cali the best life,” Iman says.

However, as image-conscious as the modeling industry is, Iman doesn’t think the pressure to lose baby weight is heightened because of her career. For her, she simply wants to return to work. “There’s no rush. I think when you have a baby, you want to get back to work, so you can just provide and give your baby the best life,” Iman says. “That’s the only reason why I rushed. That’s a part of life—going back to work.”

And though Iman is determined to keep a body-positive mind-set, she confesses that it is different to see her body change so drastically from what it was before. “During my pregnancy, it was hard to work out. I tried to get in the gym and stay active, especially during the end of my pregnancy. I was walking up and down stairs, so that I could go into labor,” Iman says. “Now, it’s harder because I’ve had to lose a lot of baby weight—weight that I never had before.”

While she has had to change her diet, Iman explains that it wasn’t for weight-loss reasons. Conscious of what she’s feeding her daughter, Iman wants to stay healthy so Cali can too. “It’s hard for every woman to lose the baby weight, especially when you’ve never had to do it,” Iman says. “I’ve been pretty thin my whole life, and I have to cut back. I have to eat healthier. Before, I never had that problem, but now, it’s [about] eating the right things for [Cali] to give her the right nutrients.”

Iman is most excited for Cali’s first Christmas and to have her entire family come and meet her daughter, including those who haven’t seen her yet. “For the holidays, it’s just our families coming in from L.A. and Oklahoma, and we’re all spending Christmas at our house,” Iman says. “Everybody is probably going to be playing with her. She’s going to have loads of toys. I got her a Christmas dress.

As she joins the ranks of other supermodel moms, like Gisele Bündchen and Miranda Kerr, Iman is doing just fine, thanks. Cali is one lucky girl to have such a hardworking role model.