It’s not that shocking that a pair of sneakers could cause the fashion world to combust. After all, we’re still seeing the residual effects of Isabel Marant‘s world-dominating wedge style, as well as the redux of ’90s-influenced slip-on sneakers that were recently made popular by what seemed like every designer under the sun, from Céline to Steve Madden.

However, when Karl Largerfeld sent his 2014 Chanel Haute Couture collection down the runway yesterday, the only thing anyone could really focus on was the fact that every model paraded out in sneakers. Chanel Couture sneakers, but sneakers nonetheless. 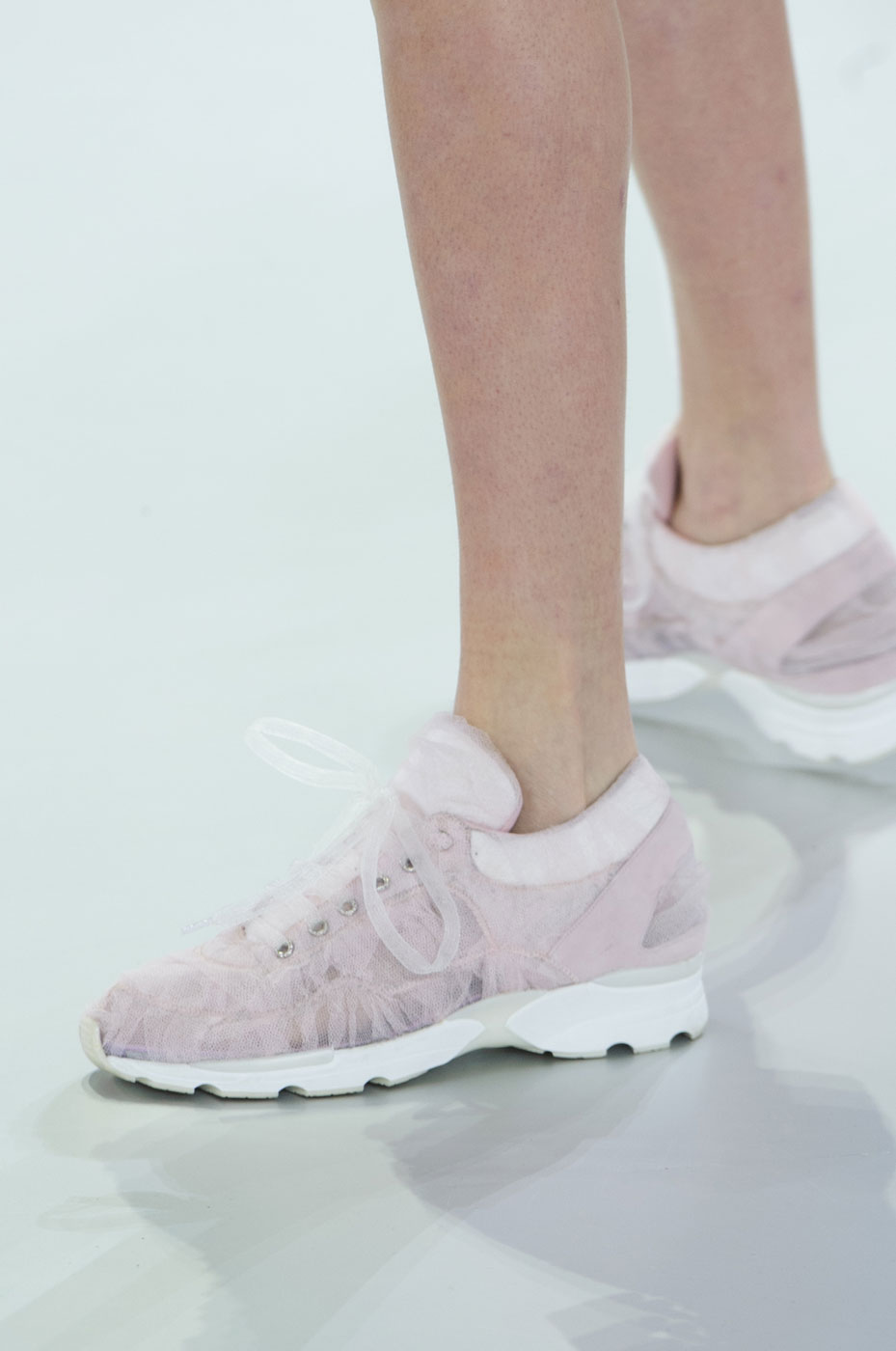 At first, we though the kicks would be spotted on the feet of every cash-rich (or connections-heavy) blogger, editor, and street style star from here to Sweden, until we saw the below tweet from trustworthy style blogger Susie Lau of Style Bubble:

And that, folks, is what makes Chanel, well, Chanel: Showcasing something seemingly utilitarian, causing insiders to get flush with the thought of getting snapped by Tommy Ton on the streets of Paris rocking their cool new sneakers, only to find out they’re not sold separately.

Nope, to get their feet into these, they’ll also have to buy a Chanel look to go along with them. Not just any Chanel look though, a Haute Couture outfit which can start at around $15,000 and climb well into the very-high thousands.

A few reports we’ve seen say the shoes will cost more than than 3,000 euros (to give you some context: the Chanel leather espadrilles—a perennial blogger favorite—are $600, and the laser-cut sneakers from last season were around $1,300.) And that’s 3,000 Euros on top of the cost of a couture outfit with which to wear the kicks.

We have a feeling we’ll be seeing a whole lot of sneaker DIY posts in the near future.

Take a look at the styles below and let us know: Would you rock the Chanel Couture sneakers if you could? Sound off! 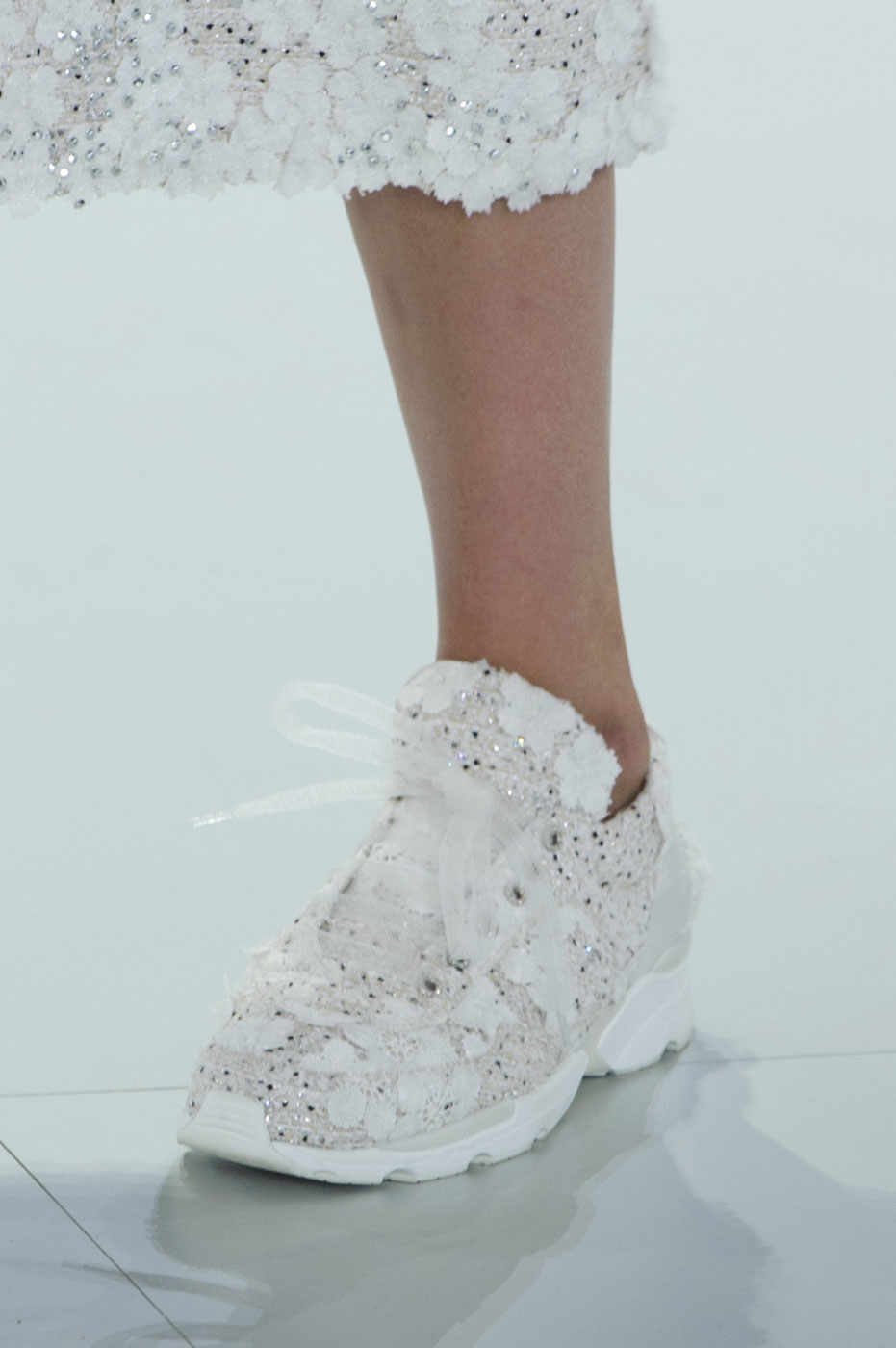 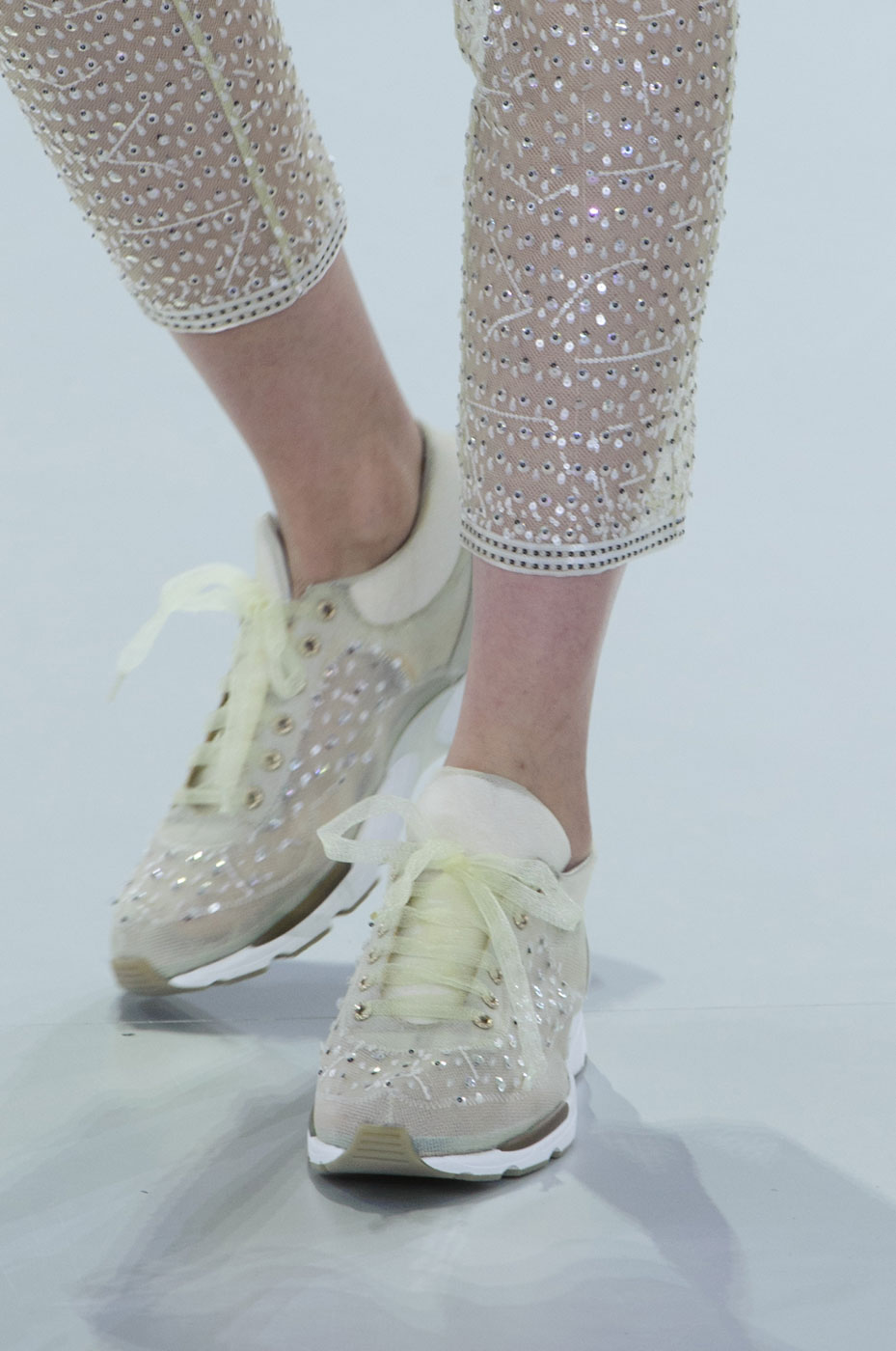