Since his death, there have been a lot of reports about Chadwick Boseman‘s net worth and what will happen to his estate after he didn’t leave a will.

Boseman, who has starred in movies like Black Panther, 21 Bridges and Ma Rainey’s Black Bottom, died at the age of 43 on August 28, 2020, after a four-year battle with colon cancer. His family confirmed his death in an Instagram post at the time. “It is with immeasurable grief that we confirm the passing of Chadwick Boseman,” his family said in a statement. “Chadwick was diagnosed with stage III colon cancer in 2016, and battled with it these last 4 years as it progressed to stage IV. ⁣ ⁣A true fighter, Chadwick persevered through it all, and brought you many of the films you have come to love so much. From Marshall to Da 5 Bloods, August Wilson’s Ma Rainey’s Black Bottom and several more, all were filmed during and between countless surgeries and chemotherapy.”

The statement continued, “It was the honor of his career to bring King T’Challa to life in Black Panther. ⁣ He died in his home, with his wife and family by his side. ⁣The family thanks you for your love and prayers, and asks that you continue to respect their privacy during this difficult time.”

According to CNBC, Boseman didn’t leave a will. His wife, Taylor Simone Ledward, has since filed probate documents to be an administrator with limited authority over part of Boseman’s estate, which is estimated at $939,000. As CNBC notes, this number isn’t all of Boseman’s estate as his assets are subject to probate, the legal process of administering someone’s estate after death through court intervention. CNBC reports that other accounts, such as life insurance, qualified retirement accounts like 401(k) plans and individual retirement accounts, may also be passed down to a beneficiary. According to the site, as of 2020, up to $11.58 million per person can be passed on tax-free to heirs.

So how much is Chadwick Boseman’s net worth and how much did he make as one of Marvel’s most successful movie stars? Read on to find out. 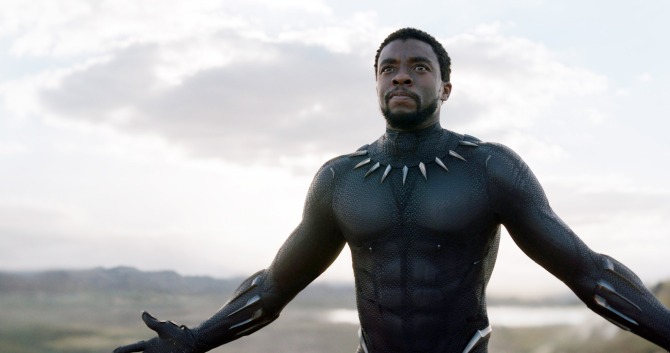 Boseman starred in four Marvel movies before his death: 2016’s Captain America: Civil War, 2018’s Black Panther, 2018’s Avengers: Infinity War and 2019’s Avengers: Endgame. In the Marvel Cinematic Universe, Boseman played T’Challa a.k.a. the Black Panther. According to The Hollywood Reporter, Boseman made $2 million for Black Panther, which was much more than what stars like Chris Evans and Chris Hemsworth made for their first Marvel movies but much less than what they earned at the time of Black Panther‘s premiere. (Hemsworth and Evans made $15 million at the time for Infinity War and Endgame, according to THR.) Black Panther went on to earn $1.3 billion at the box office and became one of Marvel’s most successful releases yet. Boseman then starred in Infinity War and Endgame, which made more than $2 billion each.

What was Chadwick Boseman’s net worth?

According to Celebrity Net Worth, Chadwick Boseman’s net worth was $12 million at the time of his death. This number included the money he made from Black Panther, Infinity War, Endgame and other Marvel movies, as well as films like Ma Rainey’s Black Bottom, 21 Bridges and Da 5 Bloods.