Celine Dion belting out her performance of “The Show Must Go On” moments before receiving the Icon Award #BBMAs https://t.co/7obzDpTBuM

Celine Dion gave a powerful performance of “The Show Must Go On” at the Billboard Music Awards last night just four months after the death of her husband, René Angélil, and her brother, Daniel Dion, two days later. If that wasn’t enough to bring a tear to your eye, she was then surprised by her 15-year-old son, René-Charles Angélil, who came onstage to present his mom with the Icon Award, which was first handed out in 2011 and has been bestowed upon the likes of Neil Diamond, Stevie Wonder, Prince, and Jennifer Lopez.

The performance itself would’ve been an emotional wallop on its own, but combined with the surprise appearance of René-Charles (introduced by Seal, no less) and Dion’s spontaneous tears at the sight of her son, it’s unlikely there was a dry eye in the house.

“The Show Must Go On,” a Queen song, came out originally in 1991 in honor of frontman Freddie Mercury, who died of bronchial-pneumonia-related AIDS later that year. Backed by an orchestra that included violinist Lindsey Stirling, the legendary songstress completely burned the house down.

She delivered the heartfelt acceptance speech of the year directly afterward. Looking like a total goddess in her gold one-shoulder dress, she began, “I’m so sorry. I’m sorry for crying. I want to be so strong for my family and my kids, and I didn’t expect that—I’m so sorry—I don’t want to cry in front of you.” Then she did the most adorable thing ever, holding her son’s hand and asking, “Do you mind just staying next to me?” René-Charles, who has gotten much attention over his good looks and charming demeanor in the hours since the BBMAs, said, “Sure, yeah,” which elicited a laugh from the audience. 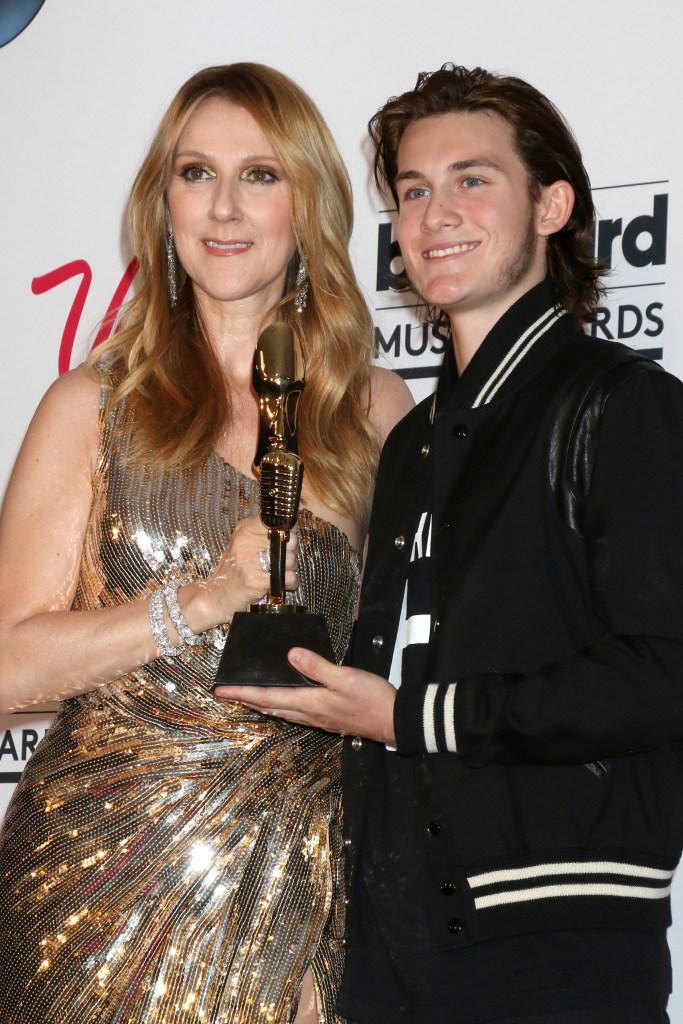 Taking a breath, she delivered a massive batch of thank-yous, rounding them out by giving thanks to her late husband. “And most importantly, my beloved husband, whom I know will continue to watch over me from up above,” she said. Raising her trophy above her head in one hand, she finished by saying,”René, this one’s for you. The show must go on.”

Watch this clip of her acceptance speech and try not to shed a tear. We dare you.

It wasn’t allllll tears, though—René-Charles got to hang with Rihanna backstage, captioning a photo of the two of them, “What a night,” on Instagram afterward. #thebest.