Considering how the fashion world flips for pretty much everything Phoebe Philo does for Céline (ahem, fur shoes) we’re willing to bet we’ll see more than a few fashion heavyweights strutting around in her latest footwear creations for the French fashion house’s Fall 2014 collection—despite the fact that you can get a similar style for a tenth of the price.

During the label’s Paris Fashion Week show yesterday, a cavalcade of models stormed the runway in what appeared to be Doc Martens. Obviously, they aren’t Docs but they sure look similar to the classic combat boot, down to the yellow stitching and the rubbery lined sole.

What’s that? Doc Martens only come in lace-up styles? Not so, as the punky British brand created zip-front styles for its Winter 2009 line, and still occasionally uses a zipper on certain styles.

The big difference? Docs cost less than $150 and Céline’s status-y shoes usually hover around $1,000, depending on the style.

Take a look below, and let us know: Do you see a resemblance between Doc Martens and Céline’s Fall 2014 boots? Do you think we’ll be seeing street style stars gravitate toward them because of their high price tag come fall? 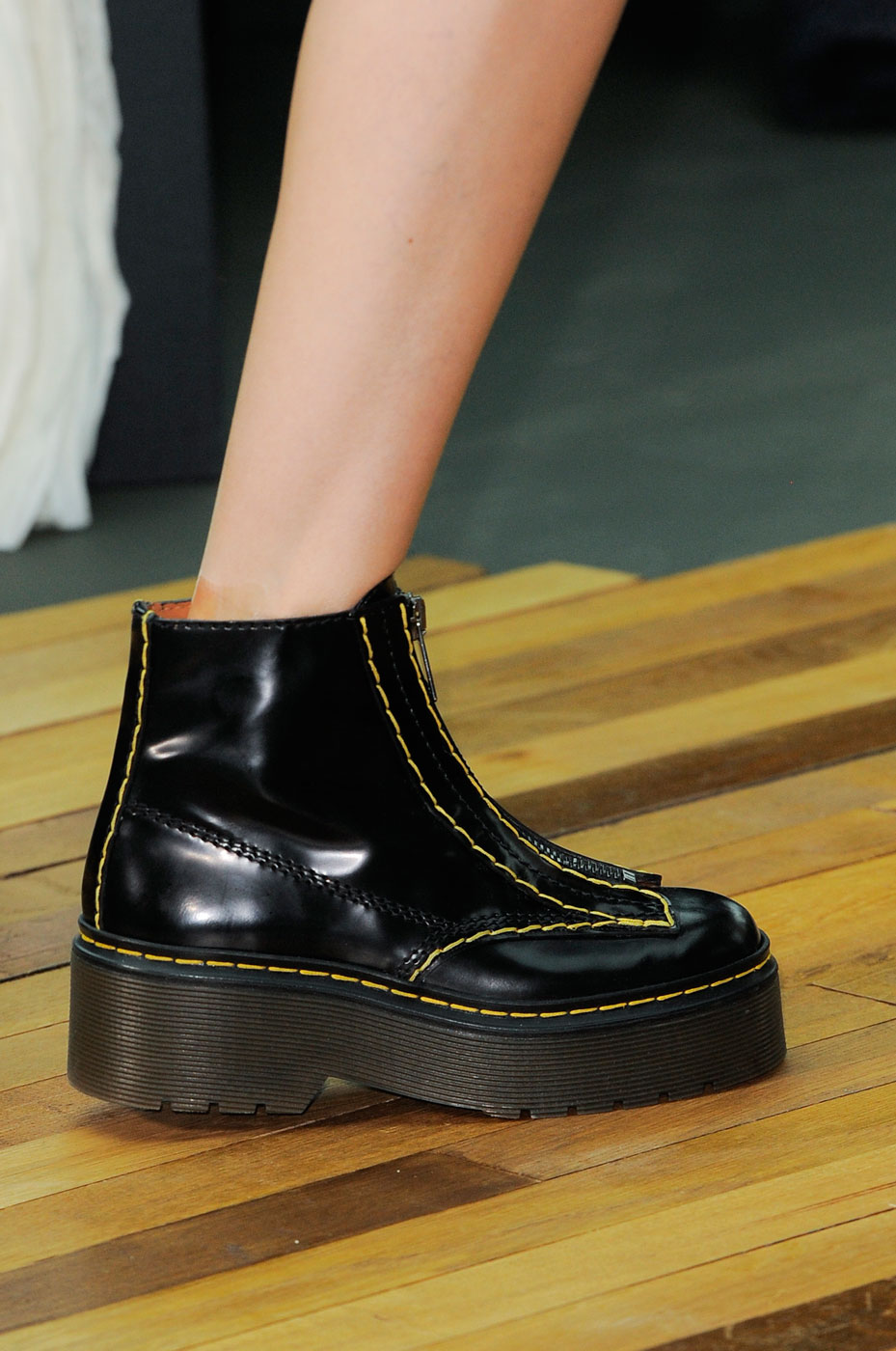 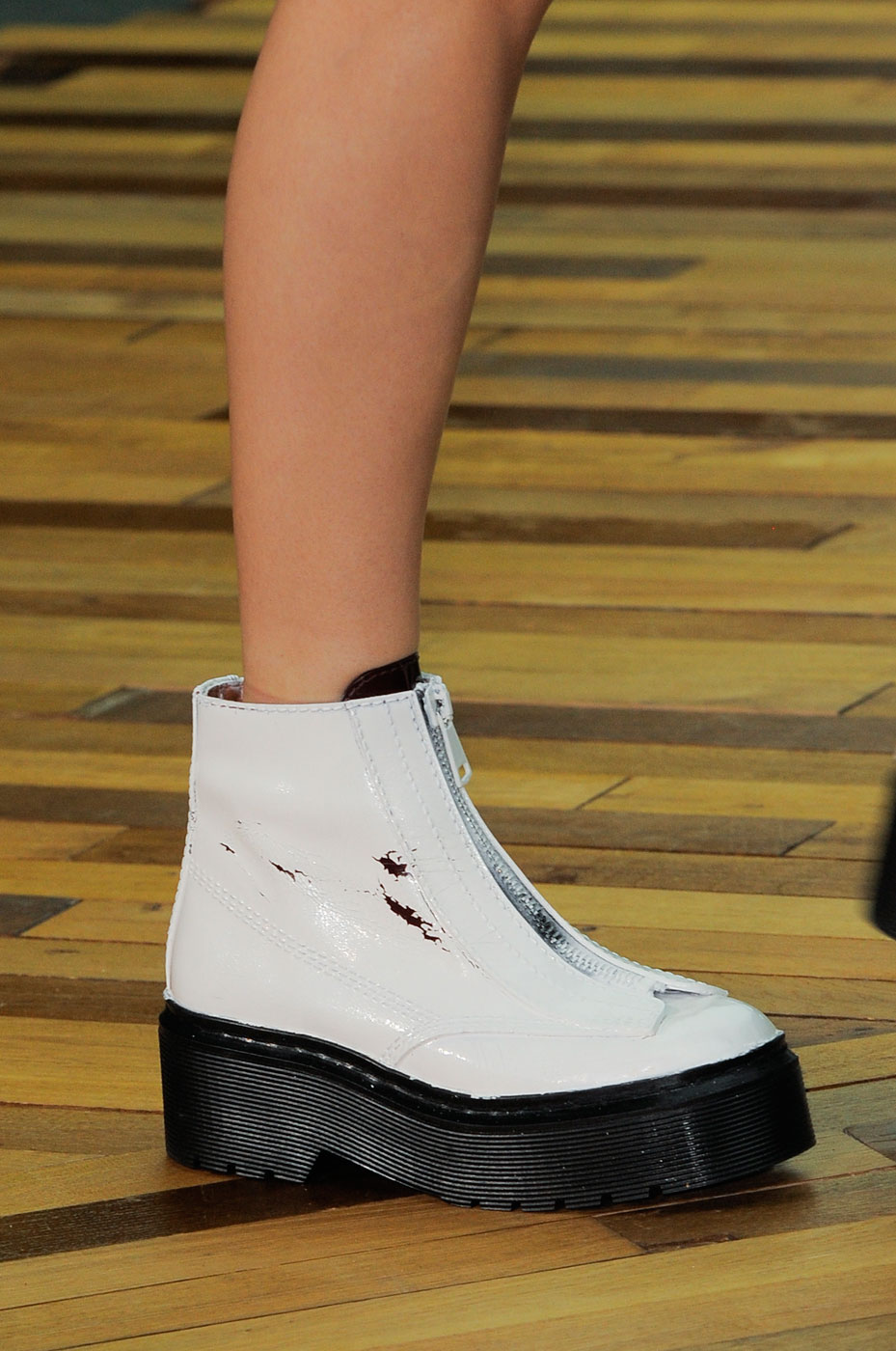 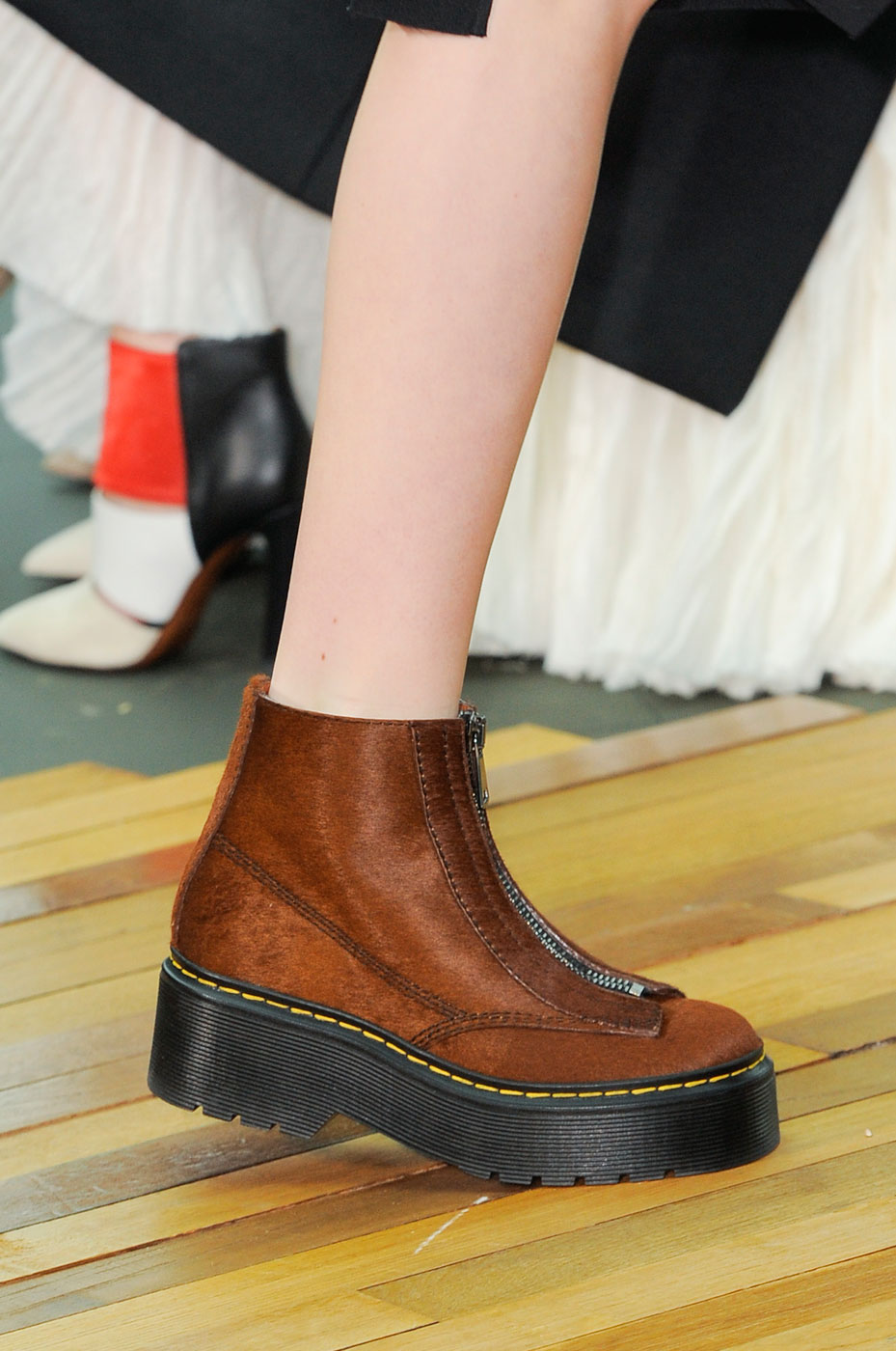 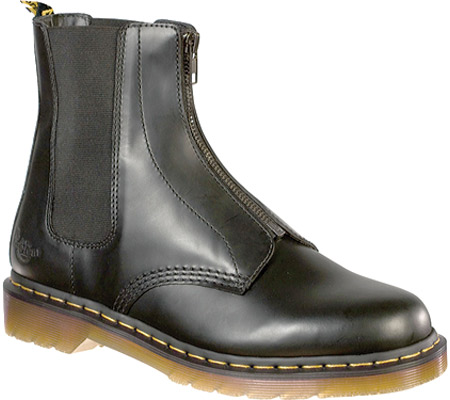