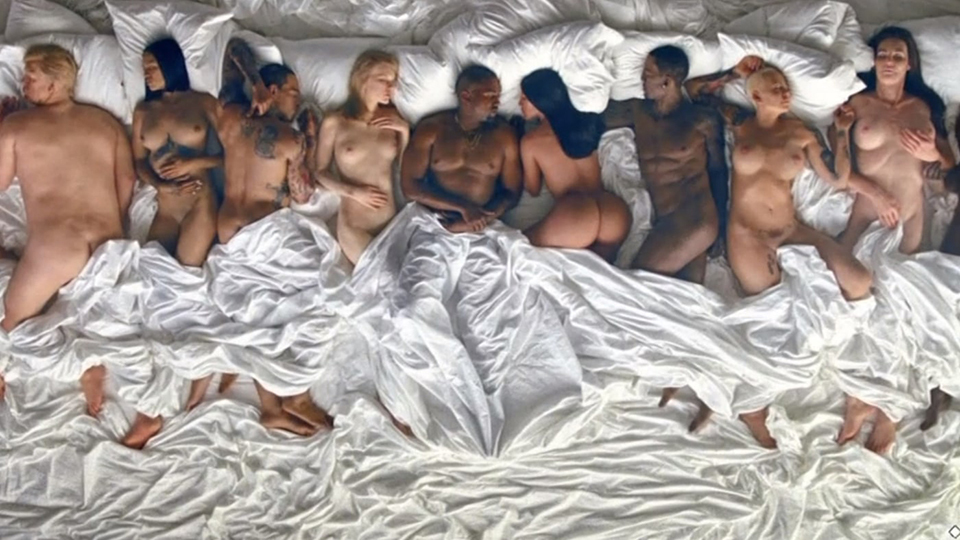 In case anyone has trouble separating truth from fiction, Taylor Swift, Chris Brown, Donald Trump, George W. Bush, and Ray J officially did not pose half-naked (or agree to have their likeness used) in Kanye West’s already-infamous music video, “Famous.” As to everyone else who “appeared” in the video—Rihanna, Amber Rose, Caitlyn Jenner, Bill Cosby, Anna Wintour, and West himself, along with his wife, Kim Kardashian—it’s up for debate, though it’s safe to say that most of them, except, perhaps, immediate members of the Kardashian clan, are very good replicas.

Trump’s reps “denied the GOP candidate’s involvement in the shoot,” according to Variety, which should come as a surprise to no one—he may be insane, but not the kind of crazy that would inspire him to appear naked in a Kanye West video. Ditto to Bush: “In case there was any doubt … that is not President Bush,” a spokesperson told TMZ. Amusingly, the rep took the opportunity to point out how fit Bush is: “He is in much better shape,” the representative said.

Ray J’s rep took it a bit harder than the politicians’ mouthpieces did. When TMZ asked him about the vid, his manager, Wack 100, exploded. “If they didn’t show Ray J with his dick in Kim Kardashian’s mouth, then tell Kanye to go back and reshoot that shit,” he said. “Tell that n—a he’s a long way from Chicago; he’d better watch his motherfucking mouth.” (To see the whole rant, watch the video below.)

Brown was lighthearted about the whole thing, posting on IG, “Why I gotta have the plumbers butt/ crack showing WAX figure?😂😂😂😂. This n—a KANYE CRAZY, talented, but crazy 😭😭😭🏆 ” The next day, he posted an image of Barbie dolls re-creating West’s video, so it’s safe to say he’s feeling pretty cheerful about his cameo.

As to Swift—the person most likely to actually freak the F out about the video, since she and West have a long and complicated history—a source apparently told Hollywood Life that “Taylor is livid and horrified.” They continued, “She didn’t know what to do when she heard about what Kanye did. She is bewildered, feels betrayed, and is beyond frustrated with Kanye. It is like a complete nightmare.” Always wise to take news from Hollywood Life with more than a grain of salt, but—we’re sure she’s not thrilled. That said, she’s been busy pulling a Blac Chyna and Rob Kardashian–level zero-to-100 with Tom Hiddleston, so her thoughts are likely elsewhere.

West said the video is “not in support or anti any of [the people in the video]” as he told Vanity Fair. “It’s a comment on fame.” And his celebrity pals were stoked about the whole thing when they got a preview. “Guess what the response is when I show it to them? They want to be in the bed,” he told VF. He’s aware, though, how provocative the whole thing is, as he referenced in a now-deleted tweet he posted the day after the video premiered: “Can somebody sue me already #I‘llwait.”