We’ve come to the end of another year, and what do we have to show for it? The past twelve months have been a wild ride, full of twerking, tongue-wagging, and lots and lots of Kardashian drama.

To round it all up, we’ve taken a long look back at some of celebritities’ finest and Lord-we-wish-they’d-forget-about-that moments. We’re calling it our celeb superlative round up. Take a look and share your favorite celebrity superlatives in the comments.

Most Likely To Wish This Whole Year Was Over: This was tough, but we’re going to go with Khloe Kardashian.
The cumulative weight of her months-coming divorce from husband Lamar Odom, having to deal with momager Kris Jenner, and dealing with the unending celebrity juggernaut relationship that is Kimye would be enough to drive anyone batcrackers. We hope Khloe—always our favorite Kardashian—is able to sneak away for some alone time, or at least a nice long spa vacay.

Most Surprising Country Crawling With Music Label Representatives Looking For The Next Big Thing: New Zealand.
After the staggering success of Lorde, we can imagine that labels are racking up frequent flyer miles on trips to New Zealand, hoping for a second coming of “Royals.” Good luck with that. 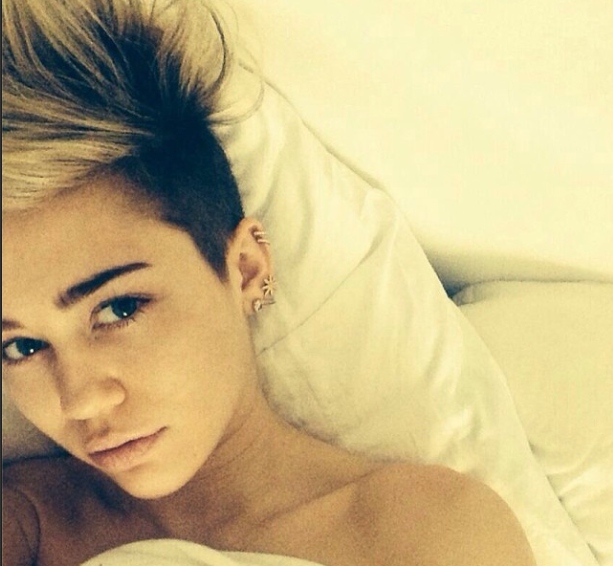 Most Likely To Be Spending New Year’s Eve Cuddled On The Couch With a Book and a Mug Of Hot Chocolate: Miley Cyrus.
Well, she did say she’s something a hermit. (If you believe that, we’ve got a closet-full of “authentic” Chloe bags from Canal Street we’d like to sell you).

Most Likely Never Heading To South America Again: Justin Bieber|
The pop star’s South American tour was rocked by hard partying and accusations that he visited a Brazilian brothel (along with one mildly creepy video of the teen singer sleeping, reportedly taken by one of the prostitutes he had sex with). So chances are, Bieber and his dirt ‘stache aren’t heading back to the continent any time soon.

Most Likely To Never Be Able To Get His Head (And Ego) Through a Door Again: Adam Levine
People’s Sexiest Man Alive likely has an overinflated sense of self these days. Between his People label, his unisex scents, a clothing line, a hot-as-hell model fiance, and the fact that his teammate Tessanne Chin won singing competition “The Voice” this year, he’s probably extra-impossible to deal with.

Couple Most Likely To Get Into Passive-Aggressive Battles Over Who’s More Famous and Talented: Based on this recent clip of the two on “Good Morning America,” we’re going to go with John Mayer and Katy Perry.
Most of the shade appears to be thrown one-directionally from Mayer to Perry, though. This does not bode well for these two.

Most Likely To Be Hiding Superpowers From The Rest Of Us Mortals: Beyoncé, obviously.
We saw how she managed to keep the release of her latest album completely under wraps until the moment it happened. If that doesn’t qualify as a superpower, we don’t know what does.

Most Likely To Be Hanging Out With the Cool Artist Of The Moment: Taylor Swift
Swift has a funny way of knowing how to insert her way into the conversation, whether it’s hanging out with Karlie Kloss at the Victoria’s Secret Fashion Show, or somehow becoming BFF with Lorde overnight. That girl is savvy.

Underdogs of the Year: Celebrity animals, quite literally.
Whether you’re talking Bieber’s macaque monkey Mally (who ended up in a kerfuffle after Bieber abandoned the animal in Germany), or Miley Cyrus’s four dogs that spend ample time with her in bed (and on her Instagram account), celeb pets were all over the Internet this past year.

Most Likely To Go Through A Bitter Divorce That Ends In A Great Album in the next year or two: Kimye, duh.