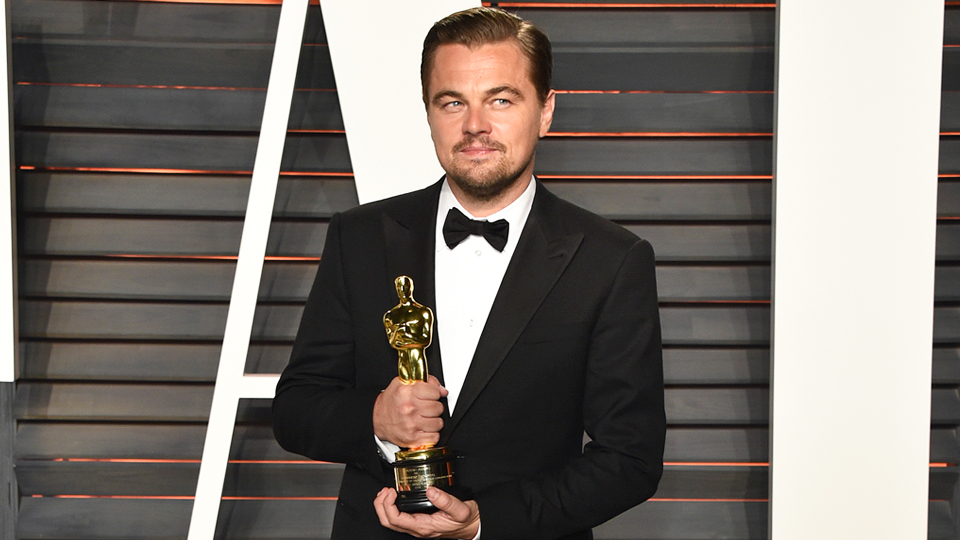 Six nominations later, Leonardo DiCaprio finally took home an Academy Award for Best Actor last night—and Leo’s famous friends had no chill over the big win. Everyone from Kanye West and Ruby Rose to John Legend and Rebel Wilson took to Twitter and Instagram to show their support for the “The Revenant” star (and his politically charged acceptance speech) overnight and this morning. Keep scrolling to see what they had to say.

Sometimes the greats are made to wait… Congrats to Leo @leonardodicaprio

Beautiful and much deserved win for @LeoDiCaprio — and a classy, much deserved pat on the back for our old pal, Earth. @ClimateReality

What a night!! SO happy Brie won! And Leo! Watching in my sweats was preeetttty amazing…Although I must say, I do love getting dolled up too. Throwback! Night night ⭐️ #oscars

Its about time #Leo

And this is definitely the baller thing to be tweeting about the night you win an oscar. Congrats pal! https://t.co/DijHTYQrPt

Beautiful speech by @LeoDiCaprio and so many congratulations to you sir. Climate change is real- don’t be brainwashed! Love your Planet! 🌍❤️

Congrats on your #Oscar win @LeoDiCaprio! Now that he’s won, let’s start campaigning to get me one next year: #GiveMissPiggyAnOscar2017

He did it! He really did it! @LeoDiCaprio, I love you #Oscars

Congrats to @LeoDiCaprio for his first @Oscars_Live not just for @RevenantMovie but for what he has given us his entire career. #Abouttime

Just give @LeoDiCaprio the #oscars …all of them. Come on now. He is the best actor all the time.