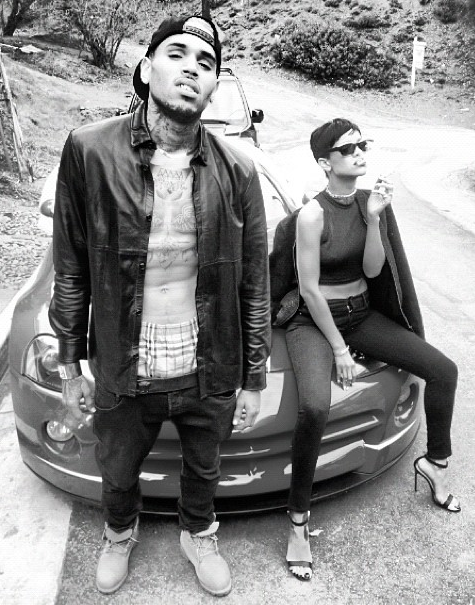 What better way to close out the holiday week with 10 must-click talking points that you may have missed from around the web? It looks like celebrities weren’t focused on Christmas this year, but were instead preoccupied with divorces, reconciliations, and sex tapes. Read on for more!

1. Jennifer Aniston and fiancé Justin Theroux are currently hosting a romantic couple’s vacation in Cabo with fellow A-listers Emily Blunt and John Krasinski. We may be on the lookout for Jen’s baby bump, but it’s hard to see anything except rock hard abs in that bikini. [Us]

2. According to the Transform Cosmetic Surgery Group (whoever they are), the most requested celebrity body part in the U.K. is Kate Middleton‘s nose. Would you trade schnozzes with the Duchess? [Jezebel]

3. Details about Kate Winslet‘s secret wedding are emerging slowly—and we’ve got ’em all for you. [StyleCaster News]

4. Lakers and Knicks fans got quite a surprise at the game on Christmas—a courtside Rihanna and Chris Brown sighting. The duo took in the game, looking like a full-fledged couple. They also Instagram’d this afterwards. [CNN]

6. In case you missed it, reality stars Bethenny Frankel and Jason Hoppy announced their split earlier this week. The couple are said to be “devastated.” [People]

7. The battle of the red soles is finally over. The lawsuit between Christian Louboutin and YSL has been dismissed. [WWD]

8. Costume designer and fashion icon Patricia Field is accusing Madonna of stealing her “Vogue” hat design to sell on her tour. Okay, Patricia. We’re sure your hats were the first time where Madonna saw the word “Vogue.” [Patricia Field Tumblr]

10. Lindsay Lohan has opened up her home to Bravo—and revealed that her only decorations are her Chanel bags. [Styleite]