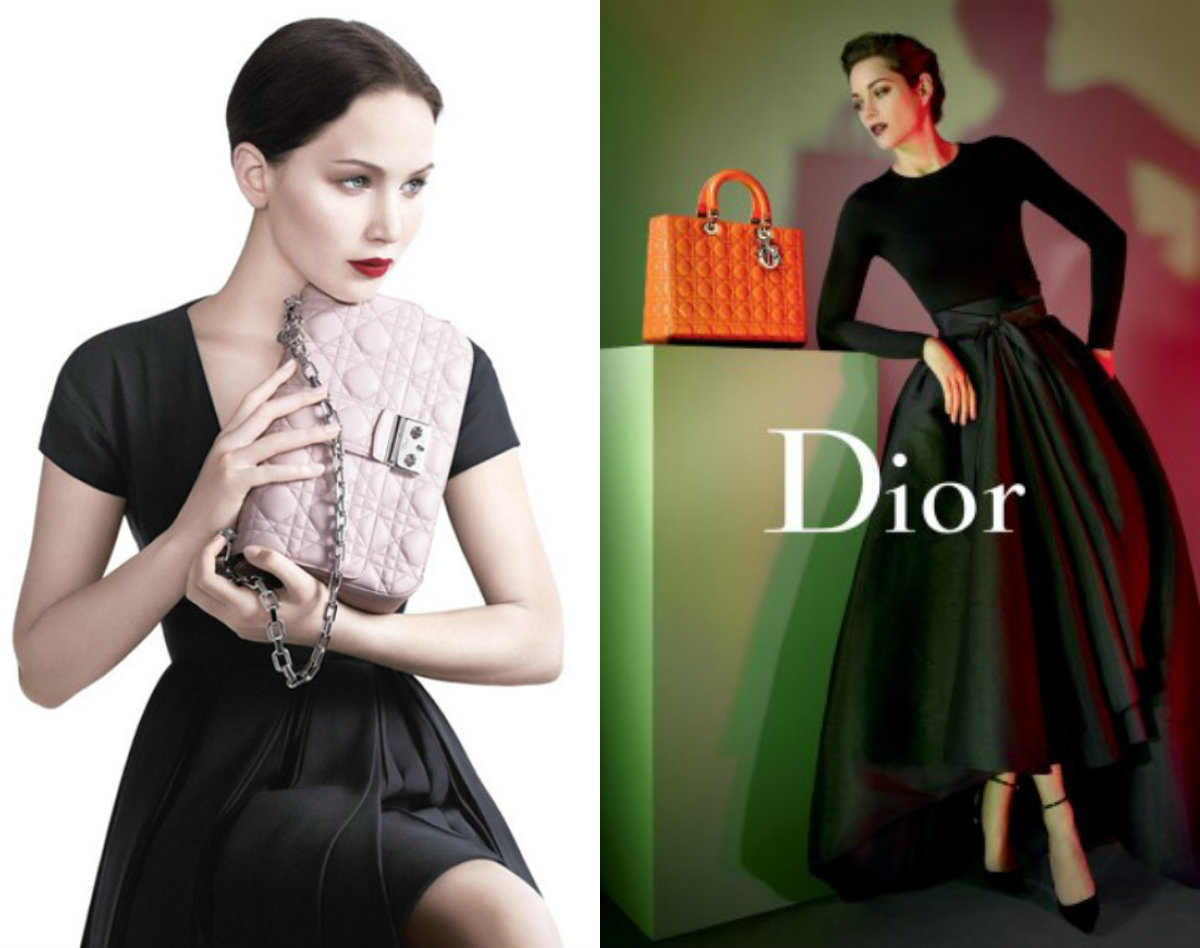 When it comes to luxury brands, few have as much celebrity cache as Dior. The iconic label, founded in 1946, has long been a favorite of stars on the red carpet, and now with Raf Simons at the helm, it’s skyrocketed into the stratosphere when it comes to celebrity faces.

One of the most memorable moments of this past awards season was the Dior haute couture dress Jennifer Lawrence wore when she accepted her Oscar for “Silver Linings Playbook.” Weeks before, Lawrence’s first campaign for the brand’s younger-skewing handbag line Miss Dior arrived (above left), and Jennifer Lawrence’s comments about the Photoshop in the campaign became an Internet sensation.

Today, another celebrity-fronted campaign for Dior has launched, and this time it’s Marion Cotillard fronting an ad for Lady Dior (she’s been a face of the brand since 2009). The French actress looks impossibly elegant, and this marks the first time she’s worn Raf Simons’ designs.

Another star with a longstanding relationship with the brand is Charlize Theron, who was signed on by John Galliano in 2003 and has been the face of the J’adore fragrance ever since. Natalie Portman also has a contract with the label’s beauty arm, recently starring in the “La Vie en Rose” fragrance film, which was directed by none other than Sofia Coppola.

With all the star wattage involved with Dior, it’s hard to choose a favorite campaign. The brand managed to nab four very different—but all very glamorous—celebrities, pretty much ensuring it stays constantly relevant in the ever-shifting fashion and celebrity industries, as well as the fickle world of red carpets.

Take a look at Lawrence and Cotillard’s campaigns above, then watch Portman and Theron’s ads for Dior below, and tell us: Who do you think is the best representation of Dior?