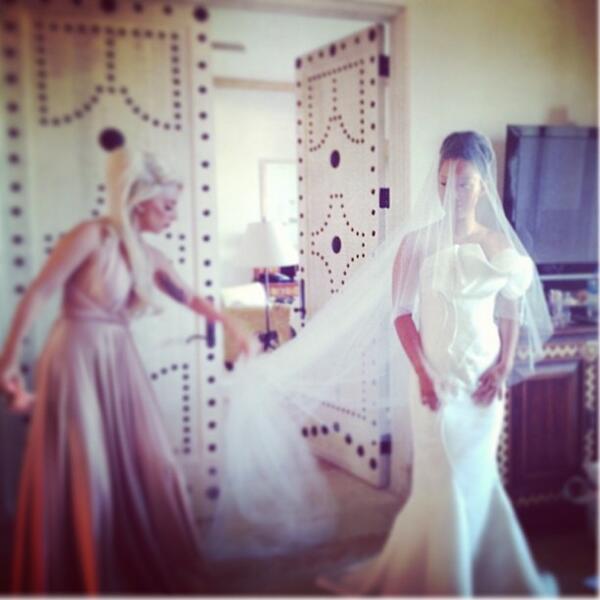 When it comes to fashion, Lady Gaga is all about the eccentric. From her infamous meat dress to the nipple-baring look at the 2011 CFDA Awards, the 27-year-old isn’t afraid of taking (some very controversial) risks. Even though she’s been keeping a low profile lately due to a hip injury that put her world tour on hold, Gaga still made style-related headlines, mainly thanks to the 24-carat gold wheelchair she tooled around in. However, it’s nice to see that she doesn’t always need to be the center of attention.

Case in point: This past weekend in Cabo San Lucas, Mexico, Gaga served as a bridesmaid for one of her best friends from Sacred Heart, the swanky Upper East Side private school she attended back in her pre-fame days. Obviously, when you’re a bridesmaid, you don’t really have a choice as to what you get to wear (traditionally, at least), but the superstar looked glamorous in the relatively refined blush ensemble. With stark makeup and simple hair, she truly let her friend have the spotlight for the night—something that can be difficult to do when you’re one of the most famous people on the planet.

This just goes to show that no matter how rich and successful you get, no one is spared from the occasionally annoying duties of being a bridesmaid! What do you think of Gaga’s look? 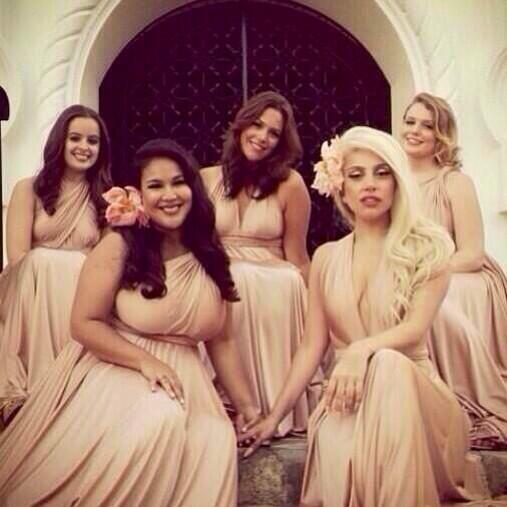 MORE ON STYLECASTER:
Lady Gaga Is Back In The Studio; First Single Release Rumored for August
The 8 Biggest (and Nastiest!) Fashion Catfights Ever
Kelly Osbourne Calls Lady Gaga ‘A Great Big Hypocrite, Says She Feeds on ‘Freaks and Geeks’