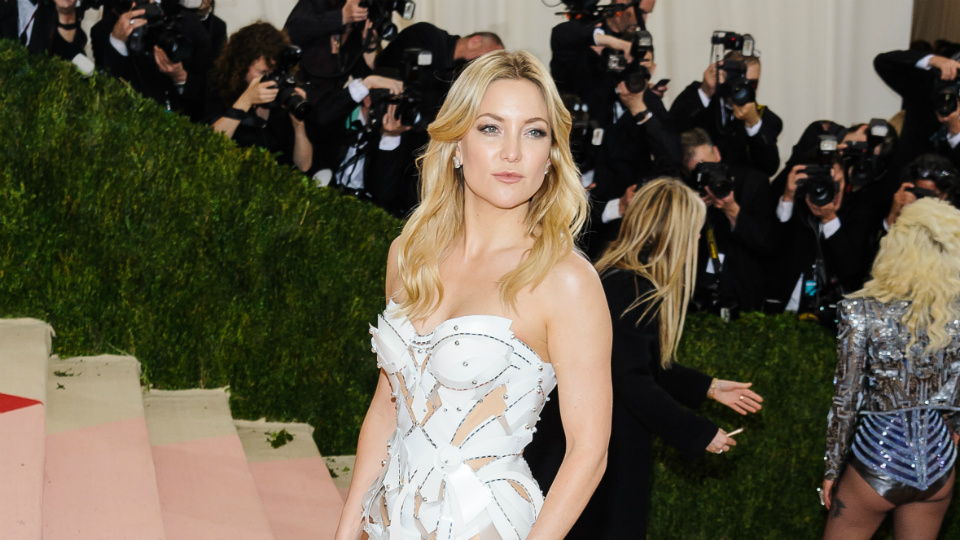 Reason number 5,865,3543 the Internet is a gift from God? Because a quick boredom-bred Google search of “Kristen Bell singing” led me down a rabbit hole of other celebrities I never knew had incredible voices. Jeremy Renner? What! Kate Winslet released a (very good) single? Who knew?! Leighton Meester sings better than anyone ever gave her credit for? It’s true! Kate Hudson can bust out a Prince classic at a charity event and have it documented on Instagram? Cool!

Here, I’ve compiled a list of  31 celebrity non-singers who have shockingly good singing voices. Check out all the videos below, then let me know which ones are your favorites—I really want to know!

As far as vocal chops go, Hudson’s were meh in 2009’s “Nine,” so I’d kind of written her off as an actress who’s also a wannabe singer. Then I watched her Instagram post over the weekend that showed her rendition of Prince’s “Nothing Compares 2 U”—made famous by Sinead O’Conner—and silently apologized for that time I called her a wannabe. It’s real, real good.

Because she’s the queen of self-deprecation, Jennifer Lawrence publicly claimed she hates singing in front of people, but was convinced to record a song for her “Hunger Games” sequel Mockingjay. And yet, the track—“The Hanging Tree”—debuted at No. 12 on the Billboard Hot 100 in December 2014. The Lumineers’ Jeremiah Fraites and Wesley Schultz wrote the dramatic tune based on the lyrics from the book’s author Suzanne Collins.

She sang in Frozen, but Bell has some serious Broadway-caliber singing chops that I wouldn’t mind hearing more of soon.

Guys, Renner’s voice is kind of bananas. Here he is singing “New York State of Mind.” He also sings it here, for Jimmy Fallon, and it’s even better.

Is that Jakob Dylan or Bruce Springsteen? Nope, it’s Downey! This will blow you away.

This one really shocked me: In 2001, Winslet released a single called “What If,” which was part of the animated film Christmas Carol: The Movie.

People had their doubts when they heard Blunt had been cast in a major role in the big-screen adaptation of Into the Woods, but this performance proves she always had pipes.

You might not know that ScarJo has a singing voice that’s just as sultry as her looks. She even released an album of Tom Waits covers in 2007.

In this interview with Jordin Sparks, Washington plays down her singing talent, but when Sparks forces her to duet, you hear she’s really, really good.

It wasn’t until Pitch Perfect that anyone knew this actress could sing, but here she is without any accompaniment, and she sounds fantastic.

Sure, she sang in the movie Country Strong, but Gwynnie also has some excellent pop chops, as evidenced by her cover of Pharrell‘s “Happy” on Glee.

I knew she had a band called She & Him, but thought most of her music involved twee vocals and ukuleles. Here, however, she belts out the moody classic “I Put a Spell on You,” and it’s excellent.

He might have created Family Guy, but Seth also is a talented musician and singer, having trained with the vocal coaches of Barbra Streisand and Frank Sinatra. He’s particularly adept at jazzy standards from the Great American Songbook.

Whoa! Did you know this actress also fronts a band called Toni Collette & the Finish? And she’s really, really good.

Another reason why Colbert is downright awesome: The political satirist and TV host happens to be a huge Steven Sondheim fan and was cast as Harry in the 2011 New York Philharmonic production of Sondheim’s classic musical Company alongside Neil Patrick Harris and Patti LuPone.

The Sons of Anarchy actress—also known to some as Peg Bundy from Married with Children—got her start in the ’70s singing backup vocals for the likes of Bob Dylan, Bette Midler, and Tanya Tucker and has released two of her own albums.

Whoa! Wood sounds killer during a performance of the 4 Non Blondes’ ’90s hit “What’s Up” at the Ides of March afterparty.

Before she was Carrie Bradshaw, SJP was Annie on Broadway.

After becoming a teen sensation in the ’90s, Hewitt dabbled in singing and songwriting. While her original music never caught on, there’s no denying she can sing well.

This indie actor has teamed up with Zooey Deschanel on a few cute songs, but this duet with Lady Gaga shows he’s got some range.

The soprano voice she used while playing Cosette in Les Miserables didn’t get amazing reviews—the part is really suited to a trained opera singer—but her cover of Sam the Sham and the Pharaohs’ moody 1966 hit “Li’l Red Riding Hood” is quiet perfection.

The Gossip Girl alum has a gorgeous Jewel-esque voice, but you’d never know it from her cheesy appearance on Cobra Starship’s 2009 song “Good Girls Go Bad.” In 2012, she embarked on a mini tour with folk band Check in the Dark, with whom she had been working with since 2010. Listen to her amazing performances of “Heart Strings” and “Entitled” above.

Pine slayed in the movie version of Into the Woods for a reason: He has a surprisingly good voice.

Did you know Diggs started out on Broadway? Yup, he played Benny in the hit musical Rent and reprised his role in the 2005 movie.

Who knew this model and actress is also an accomplished singer?

There’s no denying Hudson is a better dancer than she is singer, but she certainly held her own alongside Lea Michele during her Glee stint.

The Shameless starlet is a classically trained opera singer and starred in the big-screen version of Phantom of the Opera as Christine. Here, she sings an aria for Conan O’Brien, and it’s amazing.

This actress also has a band called Wicked Wisdom. Here she is belting out a rock song—she’s a remarkably good singer.

The former Gossip Girl star has a band called the Pretty Reckless, but it never got a lot of credit, thanks to Taylor’s heavy-makeup-and-ripped-clothes schtick. However, when that’s taken away, there’s no denying she’s got a really solid rock voice.