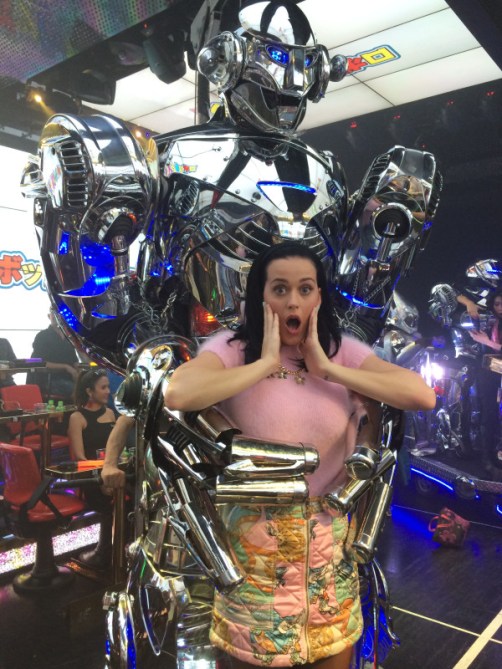 You thought you were cool because you had 700 followers on Twitter? That’s nothing compared to the millions upon millions that stars like Lady Gaga, Justin Bieber and Taylor Swift rack up. But the biggest star on the social media site? Katy Perry, who just overtook Bieber’s 46.49 million Beliebers with her 46.6 million fans to become the most-followed user on Twitter.

That’s a lot of roars.

Perry’s fans follow her for day-to-day updates from the star — whether she’s on tour, or hanging out at home with the current Mr. Katy Perry, John Mayer. And it certainly doesn’t hurt that she hangs with a bunch of other ridiculously famous friends and tweets about them all day (we’re looking at you, One Direction.) Perry also bests The Biebs on Facebook, but Gaga still has more fans on that site, amassing 59.25 million likes to Gaga’s 60.35 million.

MORE:  Katy Perry on John Mayer: ‘I Actually Am Dating My Crush

Sure, Perry is super popular, but that doesn’t mean she’s the only celeb you should be following on Twitter. There are tons of others — perhaps lesser known or somewhat less prolific tweeters who are definitely worth checking out. Below, our list of ten celeb Twitter accounts you should jump on, stat.

And tell us who your favorite celeb Twitter accounts are below!

Cher, she’s just like us: Not stoked on the new iOs7 upgrade, also super into CAPS LOCK and addicted to emoji.

I HATE MY IPHONE😠SINCE THE UPGADE 😤😡 LOVED 💓💋💝 IT BEFORE😘😍😎,BUT AM THINKING ABOUT LOOKING AT A SAMSUNG ? Too Many emoji 😜

“Criminal Minds” actor and nerd heartthrob Matthew Gray Gubler is super active on Twitter, so much so that he’s got his own “Gublernation” band of ardent followers

if I were a super-villain I would be “the Cuddler.” A deranged pet shop owner who kills people with cute animals. https://t.co/5yVT0A1foU

Gorgeous, hilarious, and with the coolest boyfriend ever. Yup, we want to be BFFs with Olivia, and her Twitter proves it.

I admit I’m a tad shaky on the national anthem, but I am SOLID on the electric slide. #priorities

Dylan McDermott isn’t necessarily on Twitter all day every day, but when he does, he gets rather philosophical. Sample Tweet:

I postpone death by living…

If I had a superpower it’d be a toss up between the ability to devour Liza Minnelli in CABARET with my eyes, or to one day have a boyfriend

We’re honestly not really sure wha’t going on with Val Kilmer’s Twitter. It’s pretty bizarre (the background photo is Kilmer dressed as Mark Twain). But whatever it is, we like it.

I once tickled Lou Reed. I regretted it for the longest while as he spoke to me few times after that dinner. But I’m glad now. He needed it.

Ben plays awful/amazing Jean Ralphio on “Parks and Rec” and is one of our all time faves. He’s also very, very funny on Twitter.