Last night Paper magazine succeeded in “breaking the internet” when they released photos of its new cover stars, Kim Kardashian and her shockingly shiny bare ass. 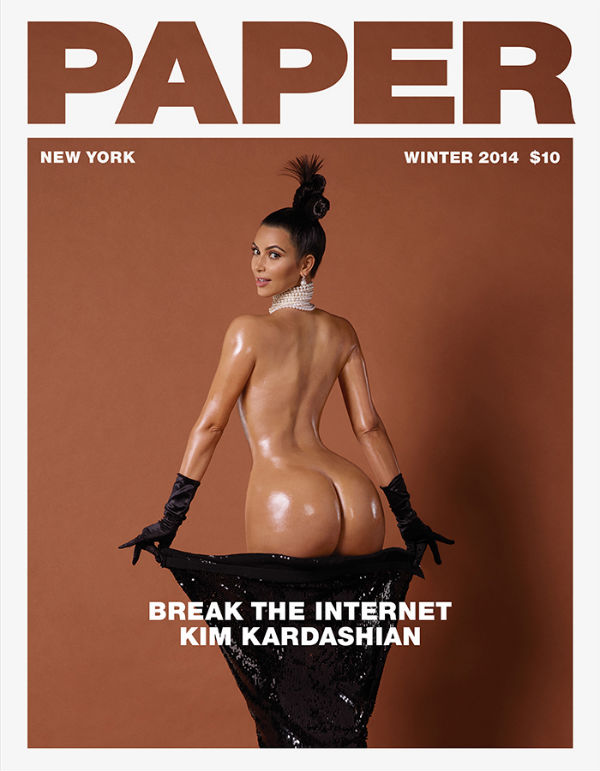 The image obviously got a huge reaction on social media (because, butt) and everyone from Lorde to your mom is talking about it this morning.

MORE: Proof That Naya Rivera and Kim K. are the Same Person

Chelsea Handler, queen of the awkward nudie pics, posted a side-by-side of Kim and her own bare bum with the caption, “Can you believe more than 2 ass can fit on the same screen? Guess which one’s real. Your move, instagram.” This of course, in a clear retaliation of her own topless pic being removed from the site. 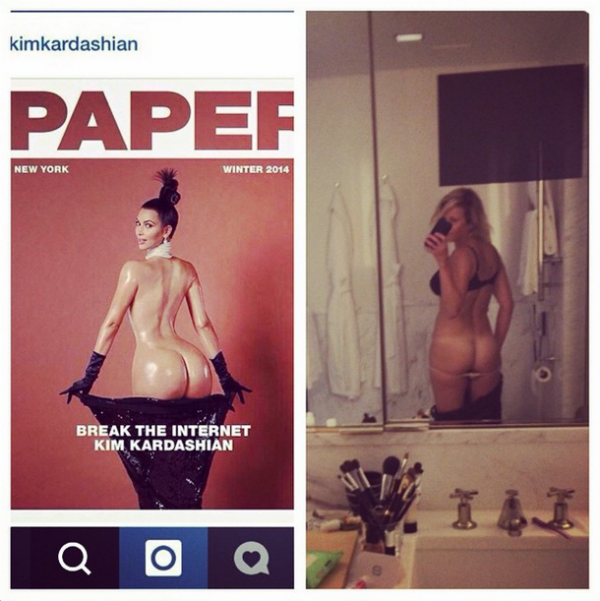 The celebrity making the most waves with her reaction however, is Naya Rivera, “Glee” star and total Kim Kardashian-lookalike, whose sleuth-y fans actually found a snooty comment she made right there on Kim’s Instagram.

MORE: See Taylor Swift With Dark Hair and No Makeup

The aforementioned Lorde also went the “mom” route with this snide retort:

Andrew Zimmern was flabbergasted from halfway around the world:

Wow! Is that real? I am in Vietnam and my local team here is flabbergasted! @KimKardashian #BreakTheInternet http://t.co/DnNpEfIoy4

I think Kim Kardashian has less shame than me. Inspiring!!!!! #DatAssOnFleek

Let's be honest – Kim K did more for our troops today than most of you.

Podcaster Jensen Karp has something even better:

If Paper Magazine thinks that photo of Kim Kardashian will break the Internet, wait until they see this video I have of her and Ray J.

“New Girl” star Damon Wayans Jr. is kind of on to the something.. gross:

If this pic was scratch and sniff, it would DEFINITELY break the Internet. @KimKardashian pic.twitter.com/WzpxUgFKC0

Kris Jenner was proud of her baby girl’s hard work:

And Kanye West is all about that bass:

The BIG question out of all of this though: Who got the esteemed pleasure of oiling up Kim’s booty for this shoot?