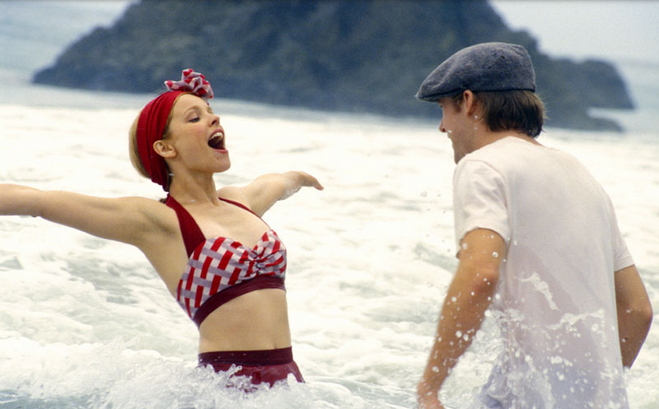 It’s easy to forget that A-list stars were, at one point, virtual unknowns hustling for roles in movies and TV shows, which is why it’s fun—and a little odd—to look back at their old audition tapes. From Blake Lively trying out for “Gossip Girl” to Aaron Paul reading for “Breaking Bad,” check out how 11 major celebrities bagged their breakout roles with these vintage video clips.

Since debuting in 2004,”The Notebook” has become a bonafide classic, which is why it’s cool to see McAdams auditioning for the star-making role of Allie following her comedic turn in “Mean Girls.” But, she proved her acting chops, and made us all fall in love with her (and with Ryan Gosling’s Noah, too.)

Stone made her debut as a leading lady in 2010 when she played the charming, quirky, Olive in “Easy A.” She’d already played some buzzy comedic characters in “Superbad” and “The House Bunny,” but she proved her ability to carry an entire film.

Before Zedd, before Justin Beiber, and before her music career, 11-year-old Gomez made her Disney Channel acting debut on “Wizard of Waverly Place.” You can tell from her audition video that her professionalism is far beyond her years– she really did have the makings to be a star.

If there is one thing to be said about Brand it’s that he’s a character. This audition clip, which is all improv, is a must-watch.

After Lizzie McGuire, Duff made her non-Disney debut alongside teenage heartthrob Murray in “A Cinderella Story.” Their youth totally shows through in this clip and their chemistry definitely leaves something to be desired. But, we love a young Hilary and our inner teenage girl still gets butterflies at the sound of Chad’s voice.

The best part about this flick is the chemistry between unlikely match Catherine and Seth, which was evident pretty early from this clip.

Before Jesse became the most beloved character on “Breaking Bad,” he was set to be written out of the show by the end of the first season. But, because of his stellar acting chops, likability, and complexity as an actor, Paul became an Emmy winner and a highlight of the AMC show’s six- season run.

After “E.T.” Thomas went on to be in “Gangs of New York,” “Legends of the Fall,” and “Dear John,” but, his truly inspiring performance happened when he was just a kid.

Rose Byrne
“Get Him to the Greek”

Before she was Helen in “Bridesmaids” or Seth Rogan’s wife in “Neighbors,” she played Jackie Q– Russel Brand’s alcoholic druggie ex-girlfriend in “Get Him to the Greek,” and nailed her audition.

Westwick showcased his real, English accent and an American accent for his audition for the role of Chuck Bass.