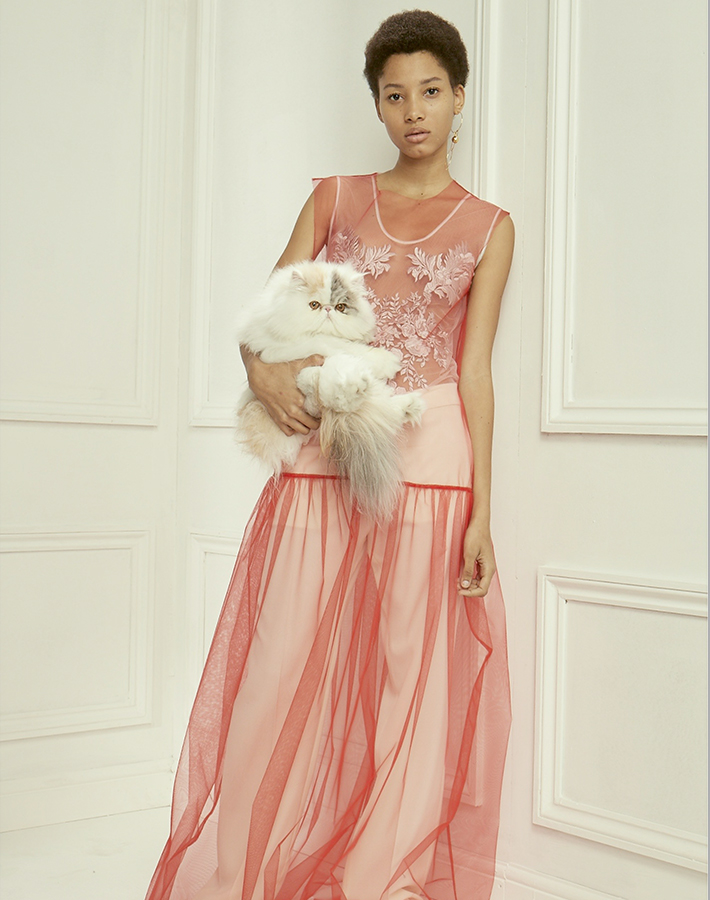 There’s no arguing that fashion—and the people within it—have a minor (OK, major) obsession with all things feline. Aside from Taylor Swift, Karl Lagerfeld, and Grace Coddington making their cats almost as famous as they are, high-end labels like Miu Miu have long used the motif to add quirk to collections. So it’s not too surprising that, as Pre-Fall 2016 continues to debut, cats are a visible theme. 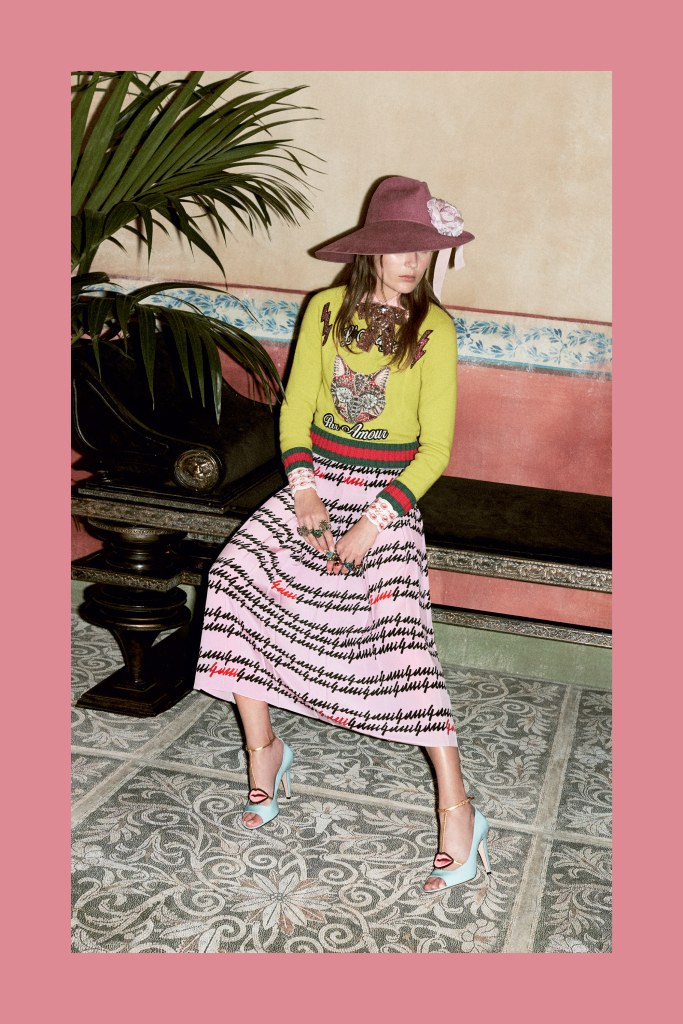 Against a backdrop of cat-printed dresses and coats, leopard skirts and gorgeous, transparent tulles in candy colors, Stella McCartney upped the ante with an actual feline—Perla the Persian—which posed alongside model of the moment Lineisy Montero for the label’s Pre-Fall 2016 lookbook.

But the obsession doesn’t end there. As Gucci and Italian label No. 21 presented their Pre-Fall 2016 collections a few weeks ago, both included cats on sweaters. Gucci’s came in the form of serious street-style bait: bold turtlenecks—think bright pinks and deep yellows—featuring a cat wearing a bandana, while No. 21 took a simpler approach with a beige sweater emblazoned with an intarsia silhouette of a black and white cat. You heard it here first: The ugly cat sweater is set to be the next big thing. 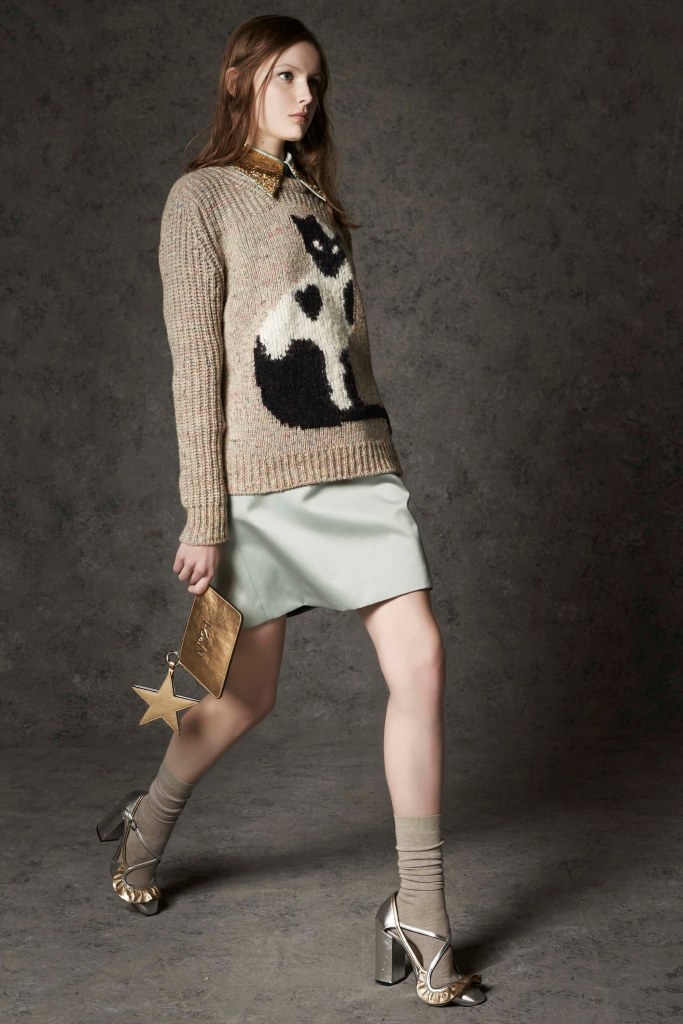 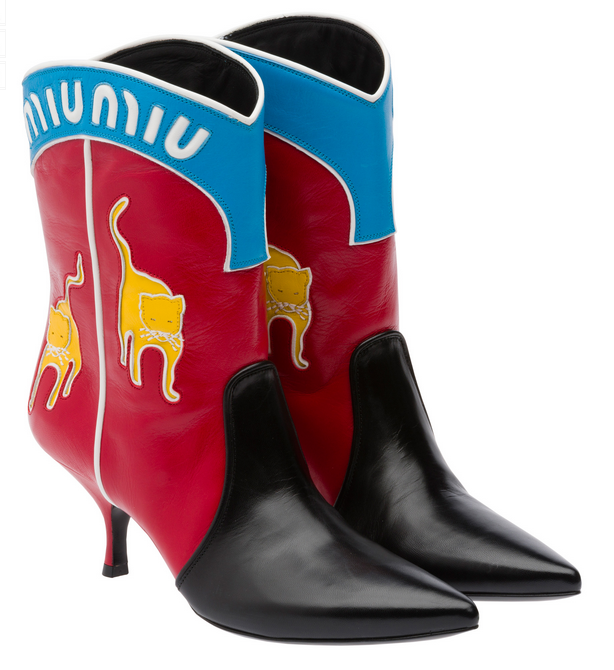 Quirk is definitely having a moment in fashion, and there’s something intrinsically geek-chic and just offbeat enough about wearing literal animal prints, whether on a sweater or a pair of shoes, so we’re 100% on board with adding some cat prints to your wardrobe as soon as possible. If it’s cool enough for Stella and Alessandro, it’s cool enough for us.