Today, iconic French actress Catherine Deneuve turns 71 years old. Never mind that she’s decades older than today’s A-list actresses who are regularly applauded for their fashion sense—Deneuve’s style blows them out of the water, and then some. 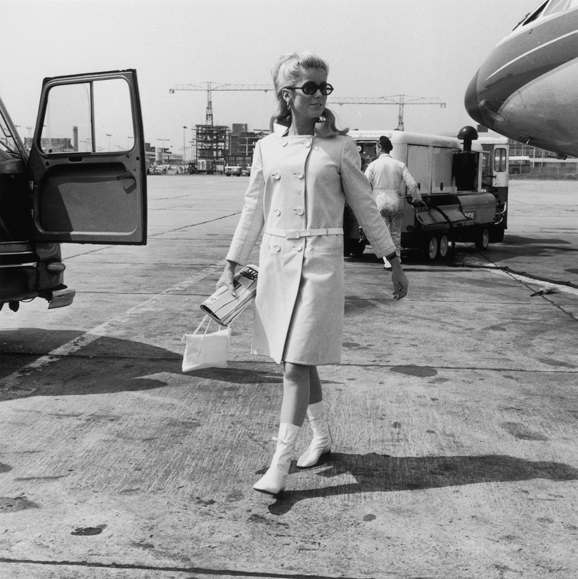 A refresher course on Deneuve’s career: She’s often described as the “ice queen” of French cinema thanks to iconic roles as a twin in “Les Demoiselles de Rochefort” and as a psychopath in Roman Polanski’s “Repulsion.”

However, it was her role in “Belle de Jour”—where she played a prostitute by day and a frustrated housewife by night—that turned her into a bonafide icon, and my ultimate style crush. For those who haven’t seen the movie, it’s a must watch (and on Hulu!)—if only for the incredible clothes.

Yves Saint Laurent designed the costumes for the film—pieces like patent leather trench coats, and camel colored shirt dresses—that came to epitomize Parisian chic. Deneuve famously insisted on wearing mid-height Roger Vivier shoes for the role, and following the release of the movie, the brand sold over 200,000 pairs to women looking to imitate her style. When I watch (and re-watch, and re-watch) the movie, I find myself thinking, “Seriously, why can’t I dress like this, all the time?” 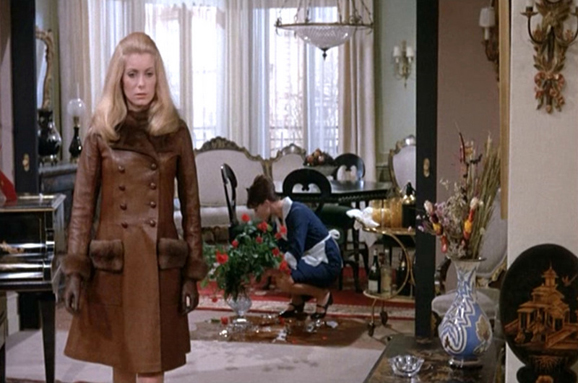 Well, since my first “Belle de Jour” screening, I’ve been Deneuve hooked, regularly pouring over photos of her, from her doing errands in Paris in pencil skirts and low heels to wearing Grecian gowns to movie premieres at Cannes. Countless books, magazine articles and web posts have been tirelessly dedicated to the effortless style of French women, and if anyone deserves the bulk of the credit for that, it’s Deneuve. Not only has she mastered effortless glamour—have you seen photos of her in trench coat, chandelier earrings, and simple heels—but her style seems so in reach. 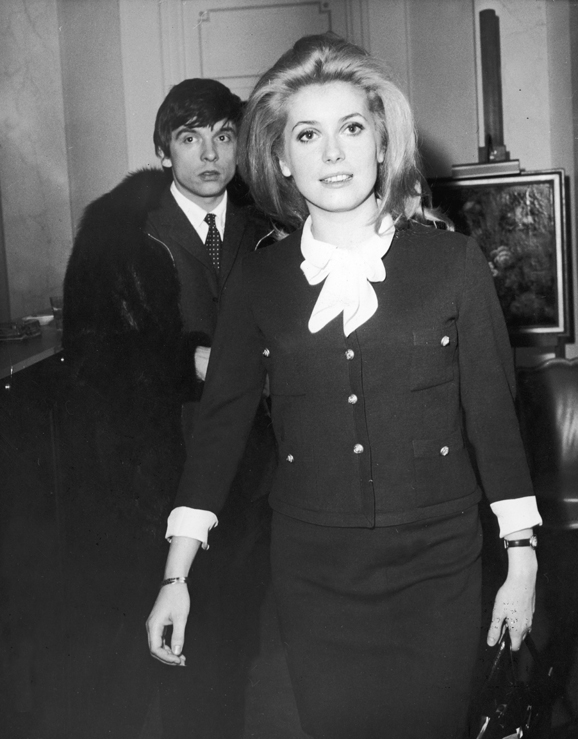 I’m most definitely not alone in my love for her style, either. Gucci’s Fall 2014 collection, which takes its cues heavily from the 1960s and mod fashions, looks like it could have been ripped from Deneuve’s closet. Saint Laurent continues to regularly show pieces like black cocktail dresses with white collars, that feel totally Deneuve. 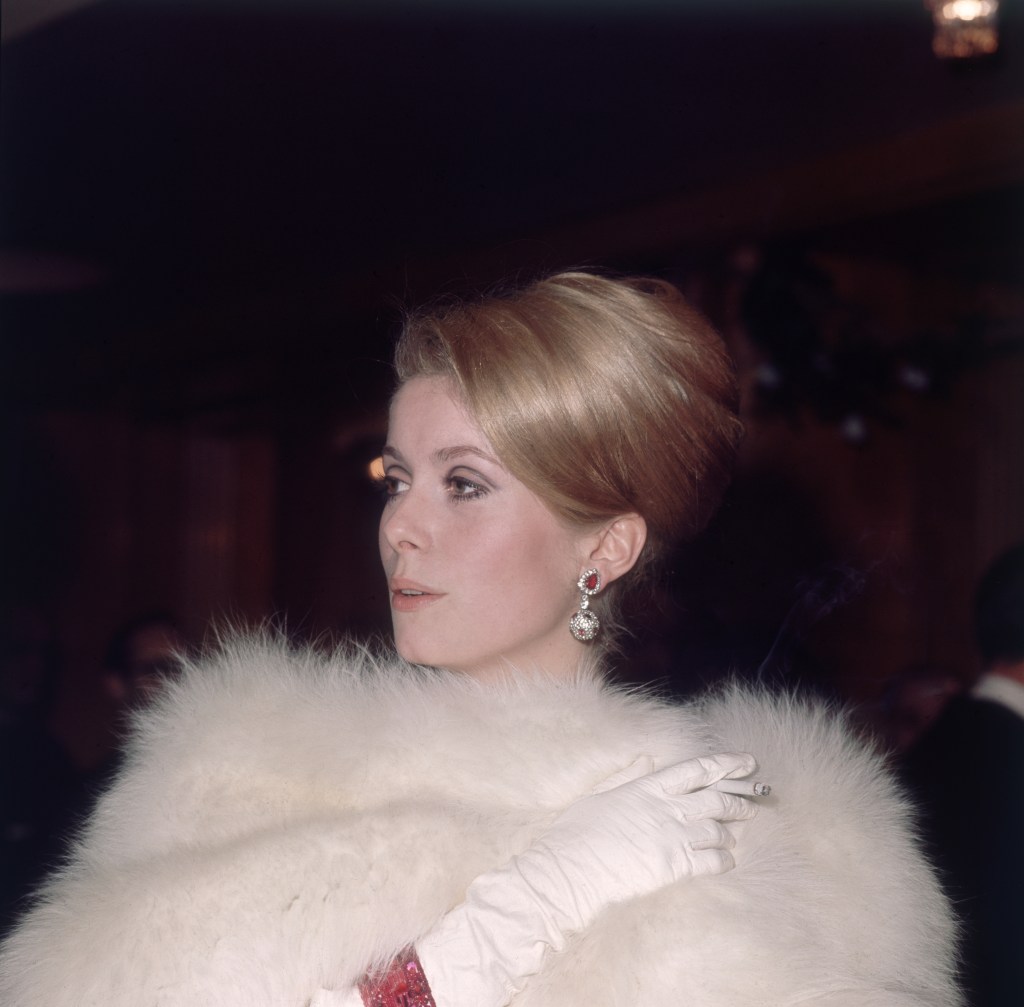 And the fashion world is still calling on her. Between starring in an editorial with Kate Moss in a recent issue of Vanity Fair to appearing in Louis Vuitton ads last year dedicated to Marc Jacobs’ muses, Deneuve is still very much a fashion darling. 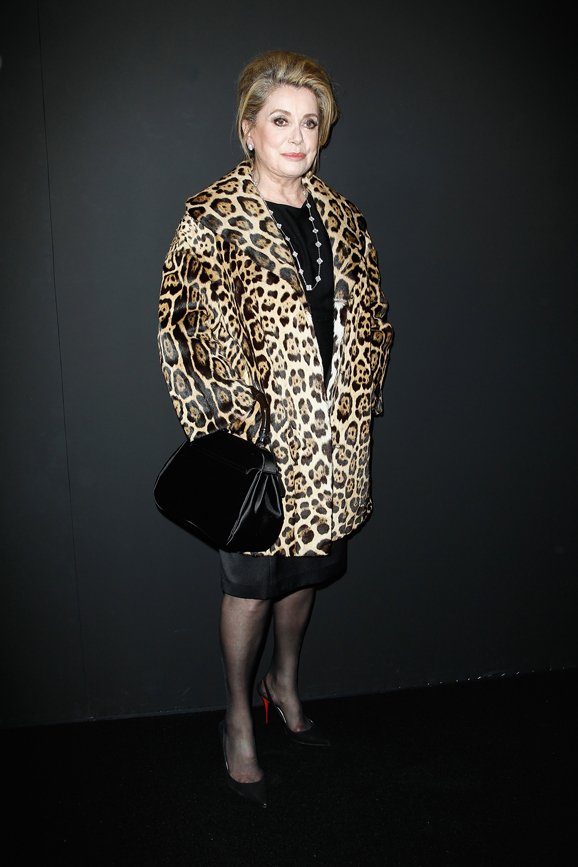 What I’ve learned about style from watching Denueve over the years is that having great personal style—and eschewing most trends—means that what you wore thirty years ago will look just as great today. Seriously, peruse photos of Deneuve from the 1960s through the 1980s, and you’ll be amazed by how much her fashion choices has stood the test of time.

Another key tip—a great coat can make all the difference in your wardrobe. From leopard print overcoats to grey sheared minks to perfectly tailored wool peacoats, Deneuve has mastered the art of wearing coats. She’s also proven that being a sexy bombshell doesn’t mean having to show a lot of skin—which is why Deneuve is considered the ultimate subtle sex symbol.

Deneuve told The Daily Mail: “The other day I saw a Chanel No. 5 advertisement that I made 30-odd years ago—apparently it is a big hit on YouTube, and you can see why people today find it so sexy. In it, I’m wearing a black dress and you see nothing more than one knee in opaque tights, and I talk about my lover and the little things he does. It was sexy because of what I was saying, not what I was revealing. You saw nothing.”

Lastly—and the one I think all women should take to heart—aging gracefully really isn’t a myth, it can be done, and Deneuve is proof. “I have no fear of aging,” she’s said. “I am still working. When you are young you suffer and worry so much more—everything is so important and serious, but with time things get better.” Amen to that. 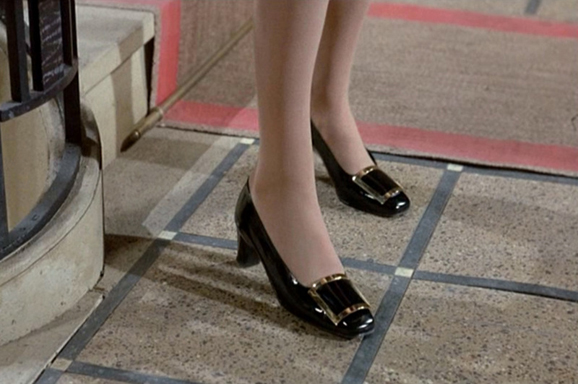 In one of those rare moments, I had the fortune meeting Deneuve very briefly at one of Jean Paul Gaultier’s Haute Couture shows in Paris a few years back. She was wearing the most perfect brown taffeta trench coat, suede black kitten heels, and oversized sunglasses. The run-in immediately made me want to go back to my closet and purge everything. Instead, a few days later, I did my best copycat of the outfit. Tens upon tens of compliments later, I bowed my head to Deneuve’s style for the umpteenth time, while thinking to myself, “You’ve never led me wrong!”