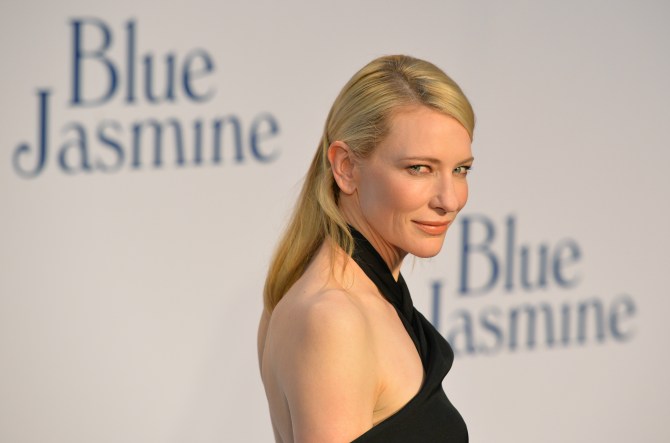 After her much buzzed-about performance in Woody Allen’s latest effort “Blue Jasmine,” Cate Blanchett might finally be taking home the Best Leading Actress award at next year’s Oscars—but she’s already on to focusing on another project: directing!

Deadline reports exclusively that Blanchett will direct her first film, a 2009 psychological thriller called “The Dinner,” based on the Herman Koch novel of the same name. The oddball book, set in Amsterdam, tells the tale of a double date over dinner at an upscale restaurant, with each chapter dedicated to a different course. Naturally, some tomfoolery takes place, and the reader is left white-knuckled as the story progresses.

MORE: Fall Preview: Rising Stars to Look Out For

Considering how strong Cate’s performances are across the board (she won the Oscar in 2005 for “The Aviator”), we can’t wait to see what she does on the other side of the lens. No word yet on when we can expect the film to be released, but her performance in “Blue Jasmine” re-assured us that she’s an absolute pro, and we’re sure her directing prowess will be equally impressive.