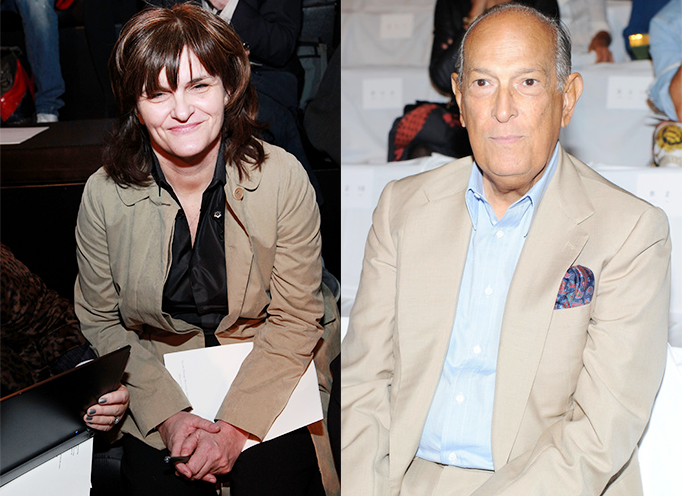 To refresh your memory: Horyn wrote a less than flattering review of de la Renta’s Spring ’13 runway show in which she referred to him as a “hot dog” of American fashion, as opposed to a powerful decision-maker. In turn, the distinguished 80-year-old designer took out a full-page ad in Women Wear Daily last September in the form of an open letter, writing: “If you have the right to call me a hot dog, why do I not have the right to call you stale 3-day old hamburger?”

(Let it be noted these are professionals at the top of their fields, not Kindergartners fighting over a glue stick.)

Now, it seems order has been restored to the fashion universe, with WWD reporting that the designer welcomed the critic backstage before showing his pre-fall collection in New York Monday night. (If that’s not proof enough that an olive branch has been extended, it should also be noted that Horyn was decked out in a de la Renta dress.) Also, according to WWD, more than a few front row attendants took notice when de la Renta president Alex Bolen ushered Horyn through the crowd, telling the publication after the show: “She’s a pro and she has a job to do.”

For his part, the designer reportedly agreed to let bygones be bygones. “She came to see me before the show and I told her we probably approach fashion in two different ways. I respect her way and I hope she respects my way. My vision of fashion is for my customers,” he said. “I read every single article she writes on fashion. I never hold grudges.”

And as for the well-publicized dispute … is it like it never happened?