In case you haven’t already binge-watched this week’s episode, I’ll skip the spoilers and go right to the fashion. Over the past few weeks, we’ve seen Cassie lean more and more into Maddie’s edgier style, and her immitation-as-the-opposite-of-flattery reached epic proportions this week as she strutted down the runway (I mean, the high school hallway) with stick-straight strands, a classic Maddie eyeliner look and a Barbie pink ‘fit that showed off legs, cleavage and waist.

She was serving—but before I noticed any of that, I noticed the shoes. Her Steve Madden Twice Pink Patent Mary Janes were beyond adorable. 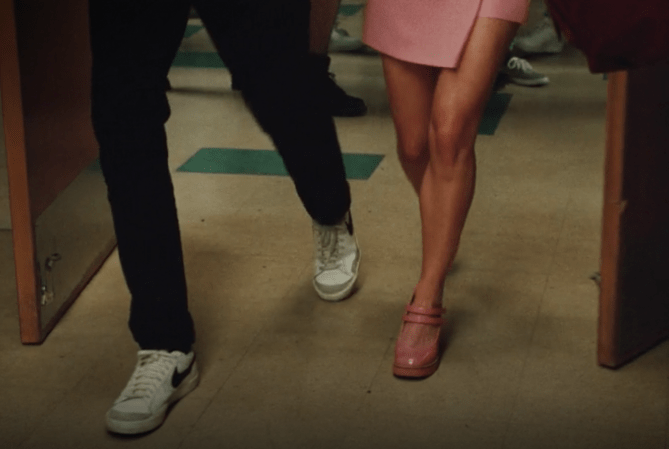 Mary Janes have made quite the comeback this season, with every brand under the sun offering amped-up iterations with fun colors, new materials and sky-high platforms. But the Steve Madden Twice in Pink Patent has to be one of my faves.

The double strap and chunky extra-high heel keep it modern, but the bubblegum pink patent is sickly-sweet in the very best way. Perfect for the season’s sweetest shoe trend and Euphoria‘s ~sweetest~ character, am I right?

OK, that last part is debatable. But instead of debating Cassie’s innocence, I plan on shopping her shoes. 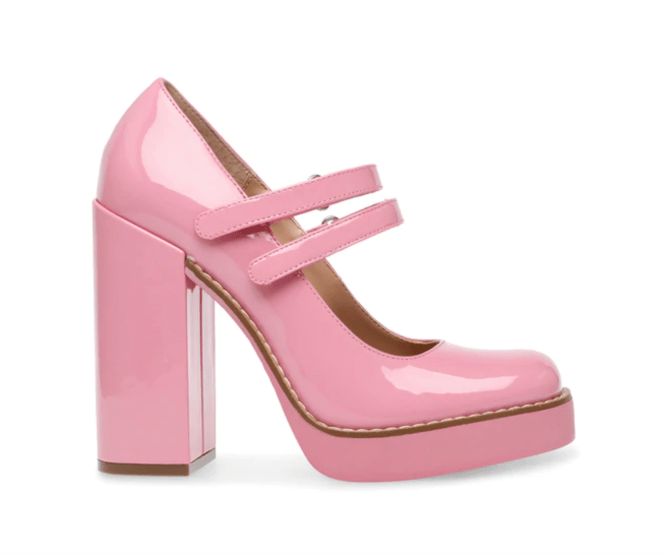 The Steve Madden Twice is available in six fun colors and patterns: black, pink, bone or white patent, denim and cow-print ponyhair. And it’s not the only great shoe Cassie wore this week!

In another scene, during which she lays atop Nate Jacobs in bed, it appears she’s wearing nothing but the Naked Wolfe Mercys in White. 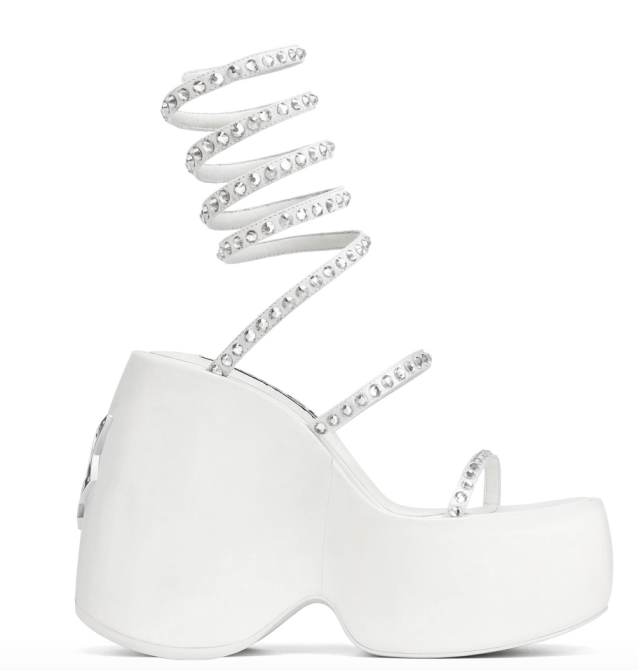 If you haven’t heard of Naked Wolfe, prepare to be obsessed. They make the clunkiest, chunkiest, coolest boots, sneakers and sandals around, so it’s no surprise Euphoria‘s It Girls have a few pairs. After all, IRL It Girls like Kourtney Kardashian, Billie Eilish and Olivia Rodrigo are also fans. 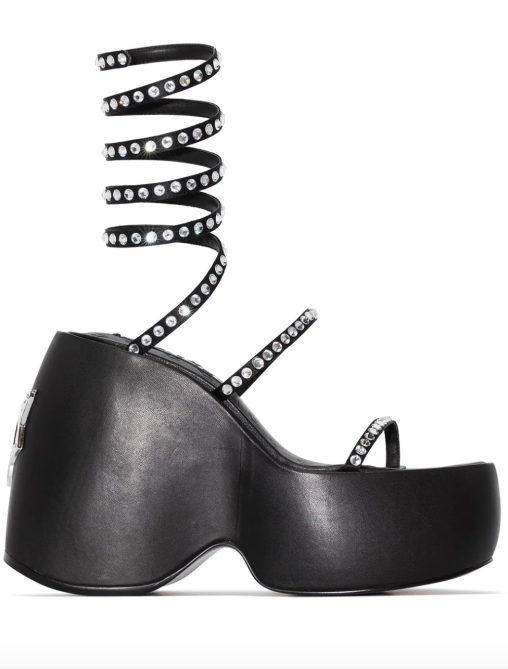 While I love the White Mercys, I’m also eyeing them in Black to make an impractical shoe ever so slightly more practical.

Bottom line? So long as Cassie keeps cosplaying as Maddie, I have two Euphoria stars to turn to for major shoespiration. Looks like Cassie can inspire more than just a play about her sister’s childhood trauma! Sorry—I said no spoilers.