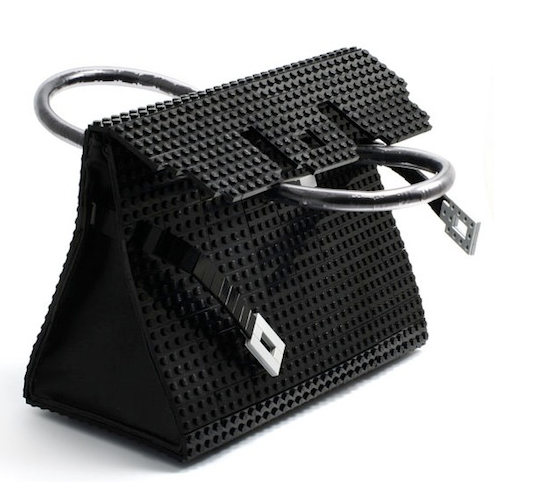 We’re probably not alone here, but we’ll admit we often dream about the day we proudly own a Hermes Birkin bag. With an average model clocking in at around $7,000, the bag is inarguably a distinct emblem of success and style.

Named after the ever-chic British actress Jane Birkin, fashion power players like Victoria Beckham, Kim Kardashian, and Naomi Campbell have all been spotted carrying their beloved Birkin (not to mention the bag’s ability to spawn an entire “Sex and the City” storyline). So, while we save penny by penny, a more affordable—but slightly different–option might be at our fingertips. Behold the Lego “Tribute to Hermes” bag.

Created by Lego jewelry maker Agnieszka Biernacka, the bag isn’t officially affiliated with Hermes but looks pretty darn close to the real thing. One thing that’s not similar to a legit Birkin? The $400 price tag. And it’s not just for show: It’s fully functional, with closing claps and reinforcements to carry weight.

Tell us in the poll below: Would you carry a Lego Birkin (even if it’s ironically, that counts as a yes!)