As a 22-year-old writer who finally moved to New York City, I expected rewatching Sex and the City to reinforce my admiration for Carrie Bradshaw. To a broke college freshman, her lifestyle was alluring—a chic combination of sipping cosmos at trendy clubs and memorable yet turbulent dates. But upon examining the show through the lens of actually living in New York in my 20s, my perspective has shifted. For the first time, I can’t say I admire Carrie. I couldn’t help but wonder if maybe, I felt sorry for her and the younger version of myself for romanticizing the life she represented.

Naturally, I discovered Sex and the City as a journalism major who had just been through a breakup. I immediately connected with the notion of a free-spirited writer and her best friends in the pursuit of life’s adventures and, of course, love. But what pulled me in the most was Carrie’s lifestyle, which I viewed through rose-colored glasses. I believed stories like hers—vibrant, flashy, dramatic—were necessary for a “full life”.

I did not believe you could be an adult without happy hour—fueled not with cosmos and cigarettes, but my own Gen-Z twist of espresso martinis and vapes. I believed designer clothes and drama signified independence. But at what point would the excitement die? When we reflected on our lives, would we see nothing of self growth, and only self-inflicted vices?

Of all Carrie’s destructive habits, it was the trials and tribulations with Mr. Big that I’d argue affected her the most. Their relationship, though marketed to be a passionate whirlwind romance, was a combination of pain and momentary pleasure, turbulence and security.

Even more startling than Carrie’s belief that this was real romance was that I believed it, too. 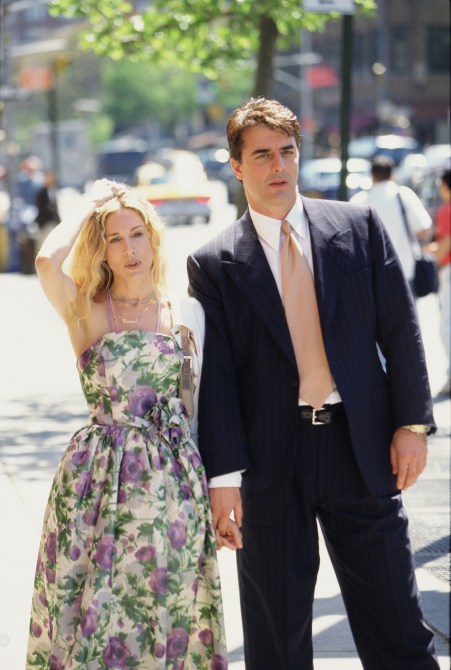 After my breakup, my ex—in typical Big fashion—would pop in and out of my life, whether through calls, direct messages, or in-person appearances. Rather than take these interactions as red flags, I brushed them off as Mr. Big-esque encounters. Even my best friends, who had started to watch the show—dutifully identifying their turbulent relationships as their Bigs—agreed with me.

Somehow, at 19, we all believed we had found our Bigs. Together, a new generation far from the 90s fell under the Sex and the City spell, lost in the notion that the greater the sadness, the more significant the relationship. We thought that feeling secure meant being bored, while worry meant we were living out great love stories.

Though many would say Carrie’s plotlines were shallow, I would disagree. Her impulsive actions and lack of authentic introspection told us so much about Carrie’s complex nature. Why did Mr. Big trigger such an intense response from Carrie, and why did she keep going back?

These are the kinds of questions I started to ask myself. After reading Attached—my behavior analyst mother’s favorite book—I realized that Carrie and I shared more than just our love of writing. It seems we both struggle deeply with anxious attachment.

According to the theory, there are three main adult attachment styles: secure, avoidant, and anxious. As the authors, Amir Levine and Rachel Heller, explain, people with anxious attachment styles “crave intimacy, are often preoccupied with their relationships, and tend to worry about their partner’s ability to love them back.” 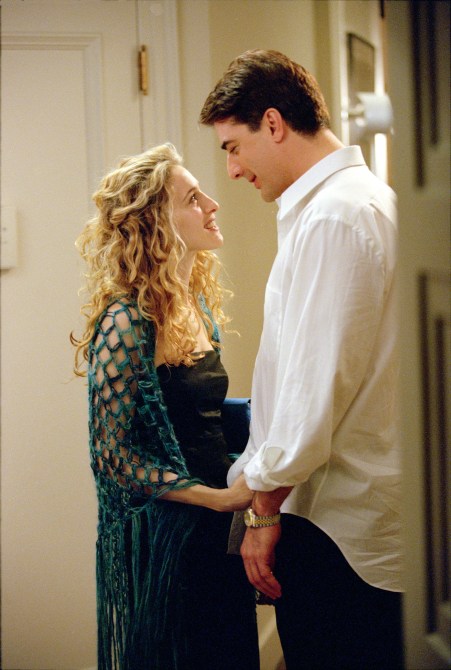 In the best cases, those with anxious attachment will find themselves in a relationship with someone who is secure, much like Carrie’s ex-fiancé, Aidan. Partners that are secure in themselves are better able to truly be present, authentic and clear in their relationships. What you see is what you get—but for those of us struggling with anxious attachment, we’re inclined toward the uncertainty of the chase.

We gravitate away from reliable partners and towards those who are more avoidant, who see intimacy as the opposite of independence. A.K.A. the Mr. Bigs of the world.

While some might consider these dynamics an example of a twin flame spiritual connection, others with an understanding of the attachment theory framework would quickly identify Big’s behavior as the result of an avoidant attachment style. Those with this attachment style often struggle to be present; with them, everything is a push and pull, one step closer to a relationship, then three steps back.

Carrie’s relationship with Big explores their contrasting attachment styles, and this takes its toll on both parties.

Toxic dynamics like these often become lifelong tendencies. Carrie enjoyed the unhealthy nature of her relationship with Big—confirmed in the episode where she compared her relationship to him with S&M. Eventually, she attempted to vie for Big’s attention through rebellion, threatening to hook up with strangers, throwing belongings, screaming and lashing out.

Though I did not get to this point in my own relationship, I can understand where those feelings stemmed from. Often, Carrie felt powerless. 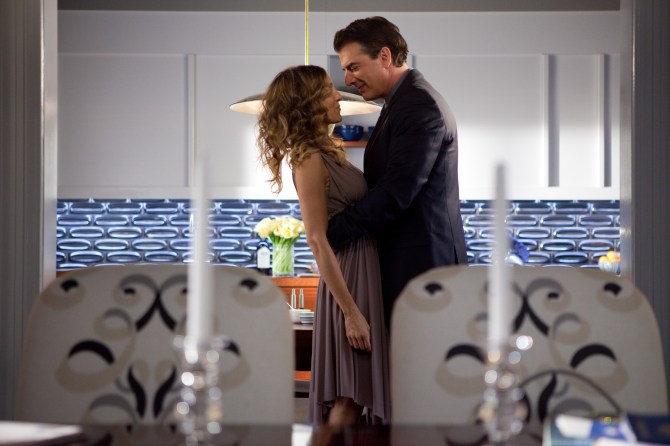 Regardless of Carrie’s psyche, I believe the show failed her and audiences by not diving deeper into an explanation of her emotional complexity. To this day, so many viewers take her erratic behaviors at face value and label her with misogynistic terms—whiny, overly-emotional, needy—phrases meant to dehumanize women’s experiences and paint them out to be one-dimensional.

Carrie Bradshaw was never meant to be someone to idolize, but someone to learn from. Carrie and her relationships are clear-cut examples of what occurs when we are not in touch with reality—when we view our relationships for what they could be, versus what they are. While my teenage self revered Carrie and her life, she looked up to Big and his as being far greater than her own.

And just like that…I no longer look up to Carrie as an example of living the Manhattan dream. Instead, I feel for her as I would any friend going through relationship woes. But I do not regret that she was a previous role model for me, because without getting lost in her life, I would not have been able to manifest my own New York City reality.

As I watched the reboot and saw Carrie overcome her previous toxic traits and rediscover herself, I found myself smiling, overcome with both nostalgia and pride regarding how far I, too, have come. Carrie and I are both done chasing Mr. Bigs with impressive lives; now, we are becoming our own Bigs and writing our own stories.