Warning: Spoilers for Netflix’s Tiger King: Murder, Mayhem and Madness ahead. Carole Baskin’s net worth from Netflix’s Tiger King is almost as mysterious as what happened to her missing husband, Don Lewis, who vanished in August 1997. By now, everyone and their moms has seen Tiger King, Netflix’s seven-episode docuseries about the private ownership of big cats in the United States.

But the documentary doesn’t only explore animal abuse in our own backyard, it also follows the dark feud between Carole Baskin, the CEO of Florida’s Big Cat Rescue, and Joe Exotic, the founder of Oklahoma’s Great Wynnewood Exotic Animal Park, whose different opinions over how to treat exotic animals becomes deadly. Many questions arose from the documentary, but one viewers wondered about is how much Carole is worth.

Carole is the owner of the Big Cat Rescue, a non-profit animal sanctuary, in Tampa, Florida. The rescue was started in November 1992 and was originally named Wildlife on Easy Street, a bed and breakfast experience where guests could spend the night with a young wild cat in their cabin. In 1995, the park rebranded and became an animal sanctuary. According to the organization, it uses its history as a bed and breakfast educate about the downsides of privately owned animals. It’s unclear how much tickets cost at the sanctuary, but a 2018 Groupon page lists that tours are available at a full price of $29 per person. 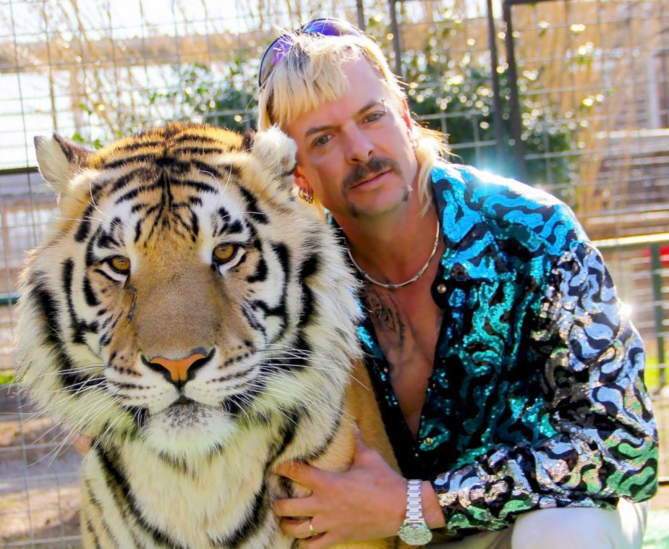 It’s unclear how much Carole is exactly worth, but according to The Famous Data, the conservationist is worth between $1 million and $10 million. Along with the money she makes as the CEO of the Big Cat Rescue, Carole also inherited a huge sum of cash from her husband, Don Lewis, who went missing 1997. Before his disappearance, Don owned a successful business selling and scrapping metal and machine parts. He and Carole also made a lot of money from buying and reselling real estate. It’s reported that he had a real estate portfolio worth $5 million when he disappeared.

How Much Did She Inherit?

Five years and one day after his disappearance, Carole reported Don legally dead. After that Don’s family claimed that Carole took most of Don’s estate for himself. According to Cheat Sheet, Don’s children only received $1 million in properties, while his holdings were estimated at more than $5 million. The site also reports that Carole received a temporary court order to use $152,000 from Don’s real estate operations to run the Big Cat Rescue. She then negotiated settlements to give her stepdaughters (Don’s daughter’s with his ex-wife before Carole) $1 million, so she could take the rest, according to Cheat Sheet.