He went missing in 1997 and was declared legally dead in 2002, but due to an interview from 2021 that totally flew under the radar at the time and was since rediscovered, internet sleuths are debating: Was Carole Baskin’s husband found alive and has he just been hiding out in Costa Rica this whole time? Hold on to your butts, cats and kittens, this story is about to get wilder.

Jack Donald “Don” Lewis left his home on August 18, 1997 and was never seen or heard from again. The next day, his van was found at a private airport and an investigation was launched, spanning the 69-acre wildlife sanctuary he ran with his wife to Costa Rica where he owned a 200-acre park. He left holdings of $5 million behind him and most of his estate was left to Baskin.

In the first season of Netflix’s absolutely bonkers documentary series Tiger King, told over two seasons, it was suggested—though no evidence has proven this—that Baskin was involved in Lewis’ disappearance; even the imprisoned “Tiger King” himself, Joe Exotic, made allegations against Baskin that she’d murdered him.

It also caused viewers of the documentary series to draw their own conclusions and not long after the show launched, tips began trickling into the sheriff’s office in Hillsborough County, Florida, also with suspicions Baskin was responsible for her husband’s vanishing. Does a recently unearthed interview with Baskin from 2021 hold the answer to if Carole Baskin’s husband is still alive?

Was Carole Baskin’s husband found alive? It’s possible but at this stage, the case concerning his disappearance remains unsolved. During an interview in 2021 on ITV’s This Morning, Baskin revealed Tiger King season two “produced” a letter from the Department of Homeland Security (DHS) that claimed Don Lewis was found “alive and well”, at least as of 2002. He would be 84 years old in 2023. 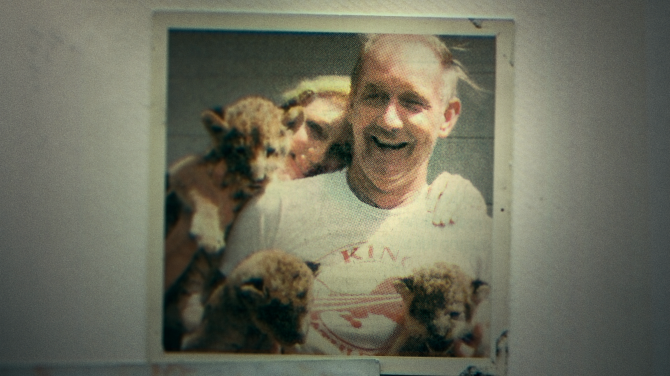 “They said that my husband, Don Lewis, is alive and well in Costa Rica,” Baskin said. “And yet all this hay has been made about me having something to do with his disappearance, when Homeland Security has known where he is, at least since back then.” Indeed, the DHS document was shown in season two of the Tiger King series and she told ITV she was “shocked” and had to watch Tiger King season two again just to see how they contextualized it.

“When they presented a letter that looks to be from Homeland Security saying that Don was alive and well five years after I saw him the last time … then I reached out to the FBI and said I want a copy of that letter,” Baskin recalled. “I want to know what that says because part of it was redacted, and I don’t know who the people involved were. I don’t know how long it will take for me to get that, but I’m really curious about that.”

Screenshots of the documentary showing the contents of the supposed DHS letter were posted to Baskin’s Big Cat Rescue website, with the following statement: “For everyone who still wants to believe that Carole killed Don, then please explain to us why you think armchair detectives, or you are better informed than the Special Agent in Charge at the FBI in this Homeland Security Document which says ‘Don Lewis is currently alive and well in Costa Rica.’ This was reported to Jorge Fernandez of the Hillsborough County Sheriff’s Office by the SAC at the FBI according to this letter.”

But on January 19, 2023, the Hillsborough County Sheriff’s Office told the New York Post it’s had no communication with federal officials to suggest they’ve located Lewis and he’s still considered a missing person. “We have not received any communication from our federal partners that confirms the location of missing person Mr. Don Lewis,” said Fentress Fountain, public information officer for the sheriff’s office. “The investigation into Don Lewis’ disappearance remains a priority for the Hillsborough County Sheriff’s Office, as do all missing person cases.”

After Tiger King aired, the Hillsborough County Sheriff’s Office reopened the case and followed up on more than 200 tips, though “a large amount of those are virtually useless,” Cpl. Moises Garcia told the Tampa Bay Times in 2021. He added that several attempts to contact Baskin for interviews were denied and she was generally uncooperative with investigators and that was suspicious in and of itself. 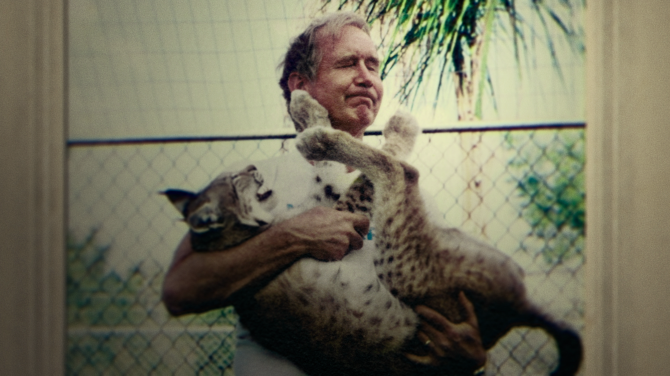 “Most missing persons’ family members, wives, spouses, they cooperate with law enforcement,” Garcia said. “They want to know what happened to their loved one and they cooperate wherever possible.” He added that not gaining access to the Big Cat Rescue property was “frustrating” but Baskin was certainly not the only suspect. “We continue to push hard on this case. … We still have some avenues. Not a week goes by that we don’t have our hand in this case,” He added: “Everybody else is a possibility,” he said and described Baskin as a “high-profile person of interest.”

Long before Tiger King aired and Baskin became a pop culture icon of sorts, allegations of her involvement in Lewis’ disappearance were already circulating. In a People article from 1998, a year after he went missing, his eldest child, Donna Pettis, speculated Baskin had fed him to the tigers. “It’s a perfect scenario to dispose of someone,” Pettis said. “We were upset that the cops didn’t test the DNA on the meat grinder.”

In response to this, Baskin (who was Carole Lewis at the time) “My tigers eat meat; they don’t eat people,” she said. “There would be bones and remains of my husband out there. I’m amazed that people would even think such a thing.” She speculated at the time that, because Lewis had often flown to Costa Rica without a pilot’s license, he may have crashed in the Gulf of Mexico. “He wasn’t licensed to fly yet did all the time. He couldn’t file a flight plan and had to take off from closed airports to evade detection,” Baskin speculated during a Reddit Ask Me Anything. “I think this was the most likely scenario.”

In response to rumors spurred on by the Netflix series that she’d killed Lewis, Baskin issued a statement titled “Refuting Netflix Tiger King” where she opened up about their relationship. “Don was not easy to live with and like most couples, we had our moments. But I never threatened him and I certainly had nothing to do with his disappearance,” Baskin wrote on Big Cat Rescue. “When he disappeared, I did everything I could to assist the police. I encouraged them to check out the rumors from Costa Rica, and separately I hired a private investigator.”

Tiger King seasons one and two are on Netflix. 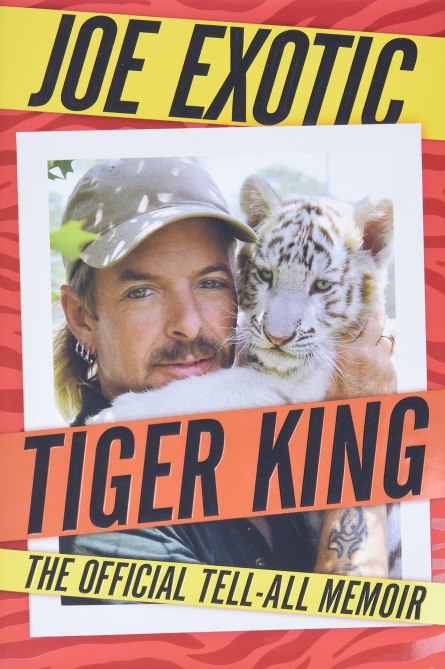 Can’t get enough of Joe Exotic? Read his juicy memoir Tiger King: The Official Tell-All Memoir, in which Joe reveals intimate details of his life Netflix didn’t show. You’ll get answers to questions of where his now-famous mullet came from, what his favorite animal is and perhaps most poignantly, what he thinks about keeping animals in cages now that he’s in a cage himself. Shortly after his arrest (for charges including hiring a hitman to murder his rival, Carole Baskin), Exotic began keeping a daily journal of his life behind prison walls. In support of his defense, Joe began writing everything he wished he could tell a jury and it’s all here in this autobiography.