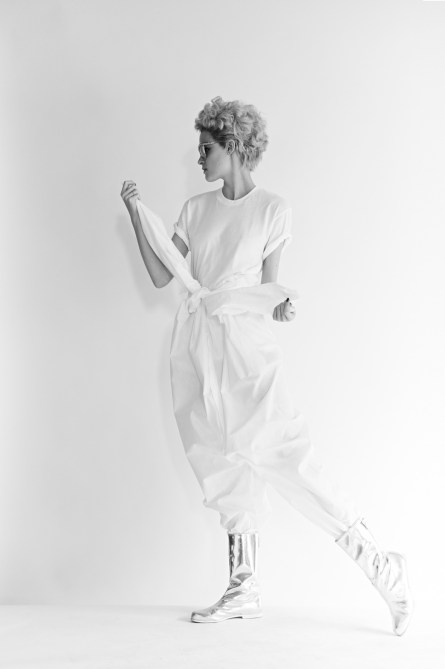 Kohl-rimmed eyes and propensity for pencil skirts aside, Carine Roitfeld is known for many things, none of which is playing it safe.  As the Global Fashion Director of Harper’s Bazaar, she ruffled some feathers several months back when she styled a spread featuring models Kate Upton and Irina Shayk alongside endangered baby species. Now, Roitfeld’s making waves for taking a white disposable painter’s jumpsuit from The Home Depot ($9.50) and styling it seven ways.

Roitfeld’s homage to the humble coveralls is part of CR Fashion Book‘s “Seven Ways” series, where the editrix puts a creative spin on wardrobe staples. In the photos, shot by Max Von Gumppenberg and Patrick Bienert, model Kremi Otashliyska wears the painter’s jumpsuit with silver space-age boots from Courreges and a range of cool hairdos, and as expected—she looks like a million bucks.

Tempted as we are to rush out and buy this so-called new wardrobe essential that’s actually affordable, we can’t help but think it would look, at best, a little mental-institution-chic on mere mortals. That said, other Home Depot items like T-shirts and 99-cent orange tote bags have been trending for quite some time, giving those of us wishing to hop on the fashion-meets-utility band-wagon some significantly more flattering options.

Check out a couple more outtakes below, and see the full spread over at CR Fashion Book! 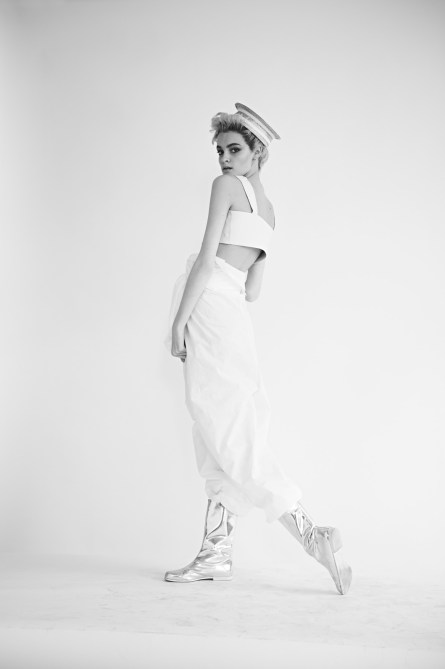 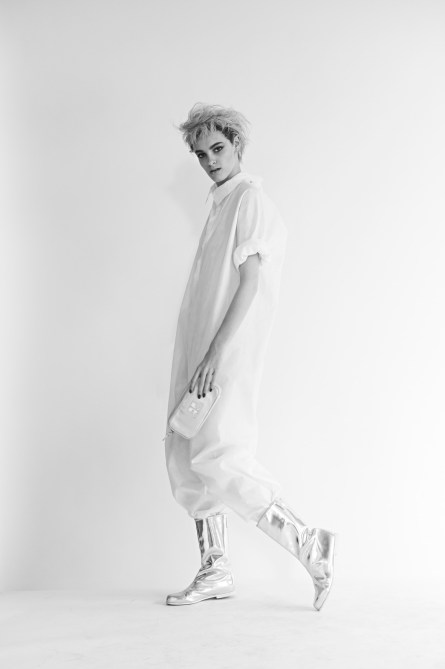