As one of the most private actresses in Hollywood, there isn’t much known about Carey Mulligan‘s kids. Mulligan, who’s starred in movies like An Education and Promising Young Woman, shares two children with her husband, Marcus Mumford, a member of the band Mumford & Sons.

According to Bustle, Mulligan and Mumford were childhood friends who reconnected as adults. They met when they were around 12 years old at a Christian church camp. Both Mulligan and Mumford come from religious families and their parents are still involved in their church and even officiated their wedding in 2012. In an interview with Big Issue in 2012, Mumford opened up about his relationship with Christianity. “I don’t even call myself a Christian. Spirituality is the word we engage with more. We’re fans of faith, not religion,” he said.

As for how Mulligan and Mumford stayed in touch after they met at a church camp, the two became pen pals, according to Bustle. In an interview with The Telegraph in 2020, Mulligan revealed that she and Mumford both value love notes to this day and still send them to each other. The couple married on April 12, 2012. According to Hello!, Mulligan and Mumford live on $2 million farm in Devon, England, which they purchased in 2013. In an interview with Vogue in 2015, Mulligan opened up about her super-private relationship to Mumford. “Like anyone, you try and split your time evenly,” she said. “Marcus is the only thing that’s mine that I can keep away, so I try to.”

Since their wedding, Mumford and Mulligan have gone on to welcome two children: a son and a daughter. Ahead is what to know about Carey Mulligan’s kids, Evelyn Mumford and Wilfred Mumford. 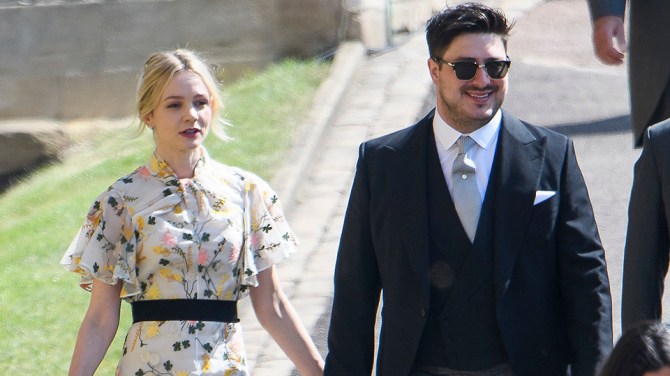 Evelyn is Mumford and Mulligan’s eldest child and only daughter. She was born in 2015. In an interview with InStyle in 2020, Mulligan revealed her secret to keeping her kids busy while everyone was at home amid the current health crisis. “I’ve been using Houseparty with my two best friends every Sunday at 8:30 a.m.,” she said. “We’ve all got kids, so we put we put the TV on for them and sit in bed with a big cup of coffee and catch up, which has been quite nice.”

She told Porter in 2015 about how Promising Young Woman was her first role in a while that wasn’t a mother. “One part of Promising Young Woman that really struck me was that, for the last couple of years, I have been playing moms,” she said. “I was a mother in Mudbound, I had a 14-year-old in Wildlife. And then I read this script [for my latest movie] where I am working in a coffee shop and have no dependents.”

Wilfred is Mumford and Mulligan’s youngest child and their only son. He was born in 2017. Mulligan told InStyle in 2020 that she also keeps her kids occupied with an ice game that her family came up with. “My favorite game to play is filling a tray of toys with water and putting it in the freezer overnight, and then the kids get to ‘rescue’ their toys,” she said. “They love it and it takes hours.”

Still, though she has some secrets, Mulligan told Harper’s Bazaar at the time that the health crisis was difficult for her as a mom. “I got knitting stuff at the beginning of lockdown and I tried it once, and was like, I don’t have fucking time to knit. I can’t do this. I can’t learn anything. I’m just going to keep the children entertained and then go to bed and do it again,” she said.

She also revealed in a past interview about how motherhood changed her. “What does motherhood change? Well, your whole life – it’s undeniable – it changes everything,” she said. “As regards my work, I don’t know if motherhood is always the first thought on my mind when I read a script, but I would suspect it’s altered my attitude.”