Fans do not seem pleased Cardi B and Offset walked the Grammys 2019 red carpet together. The 26-year-old and 27-year-old rappers announced their divorce in December 2018 after rumors that Offset had cheated on Cardi B. The two share a 7-month-old daughter, Kulture Kiarrra Cephus and have reportedly been trying to make their relationship work.

After the rapper’s January 31 New York assault case was rescheduled for April, someone stopped Cardi as she left the courthouse to ask her about her relationship with Offset. “We’re working it out, baby,” Cardi B responded as she strolled off in her all-fur ensemble. Man, this girl is as fierce as ever!

Sources told TMZ that Cardi B is returning to their home in Atlanta that she shared with Offset prior to their separation. Apparently, it’s the first time she’s been back to stay there with Offset and their daughter since December. 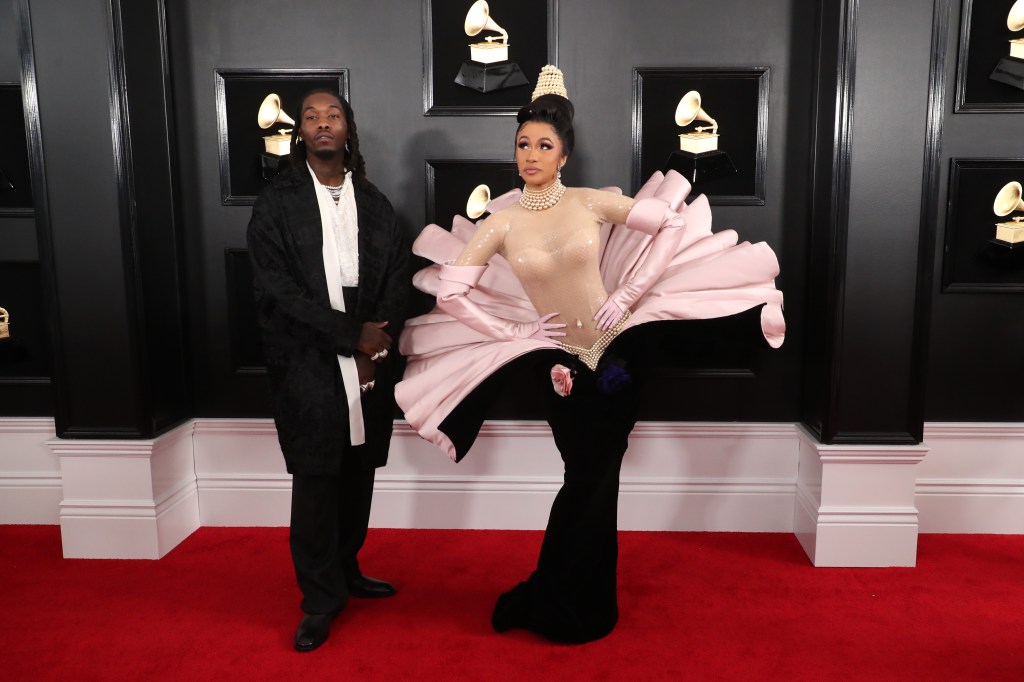 But it did seem like they were set on working things out. So given those updates from the couple, we’re honestly a bit surprised that fans are surprised to see the couple together on the red carpet.

One Twitter user simply wrote, “She is with offset,” with a picture that says a thousand words:

“Offset doesn’t even look happy for her,” another Twitter user noted.

Another fan replied saying, “He always finds a way to embarrass her on her biggest nights….his jealousy always shines through!!”

One other fan of the couple clearly ~not~ being together wrote, “Offset was right next to Belcalis

Here’s an Instagram photo a fan posted of the couple tonight. “The boss has arrived, @iamcardib for the Grammys!
Sooo, peeps, what do you think of her look?”

One fan wasn’t as focused on Offset as on Cardi B’s fashion choice for the evening.

Ohh! We kind of see it. Wow! Here’s a look at some fans’ Instagram video of Cardi B’s arrival tonight: