Cardi B saw some serious backlash after reuniting with her ex-husband, Offset. The couple, who split in December after rumors that he cheated on her, seem stronger than ever—thus, Cardi B’s response to the idea of Offset cheating again. They definitely shared a lot of PDA at the Grammy Awards this year (much to the chagrin of many of the rapper’s fans).

Cardi B revealed on Instagram recently that she got laser-hair removal, and she’s been open about the reason with her fans: There’s hair down there, she’ll never need or want again, so she’s having treatments done. Cardi B brought Offset along her for her visit. (An interesting choice, for sure. Ut definitely seems like something Cardi could’ve handled on her own, but hey—to each his own, right?) Anyway, Offset joined his Grammy-winning wife for the laser visit, and fans weren’t happy.

One Instagram user didn’t approve of the company Cardi B brought with her and was quick to point out that laser-hair removal wasn’t a way to prevent Offset from cheating again. (A bit of a leap but OK). The user wrote, “If she thinks that’s gonna keep him from cheating, she wrong.” This naturally caught the Best Rap Album winner’s eye and prompted the 26-year-old  to clarify that the procedure wasn’t for him at all, but rather for herself. Of course, she said it with her own usual flare: “I just think is not going to make me feel like i have a mink coat down there,” she wrote. “Nothin to do with a man Goddam.” 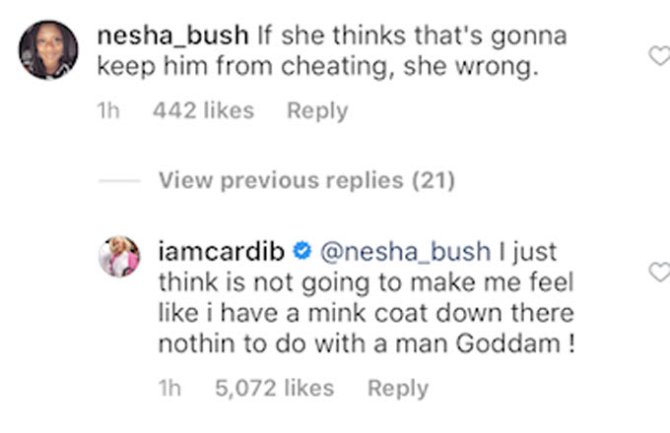 Cardi B is nothing if not one to speak her mind. She recently deleted her Instagram after an explicit rant following her Grammy win. The rapper was shaded for winning, with claiming she didn’t deserve the award, so she clapped back. She then deleted her account temporarily before (thankfully) returning and blessing us all with her quirky, outspoken videos and Instagram photos. 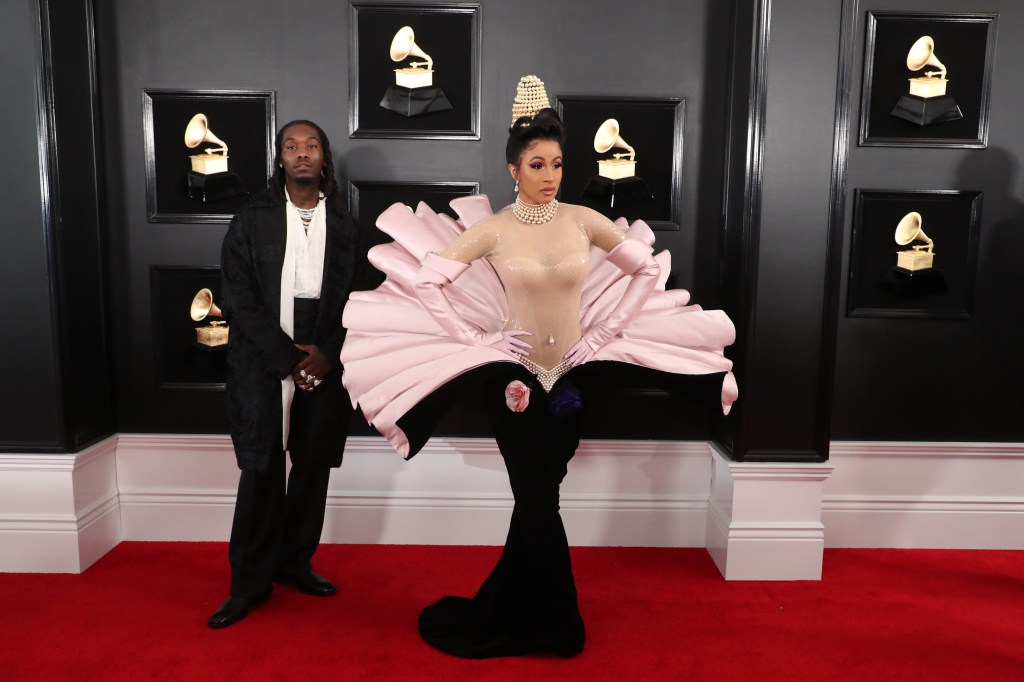 Side note: Can we just point out…can’t you see Cardi B be singing, “Don’t believe me? Ask the dishes!” in her Grammys get-up? 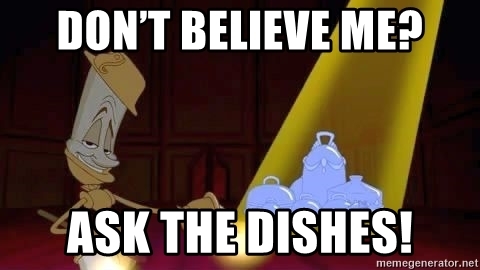 This pose, especially, has Beauty and The Beast written all over it. 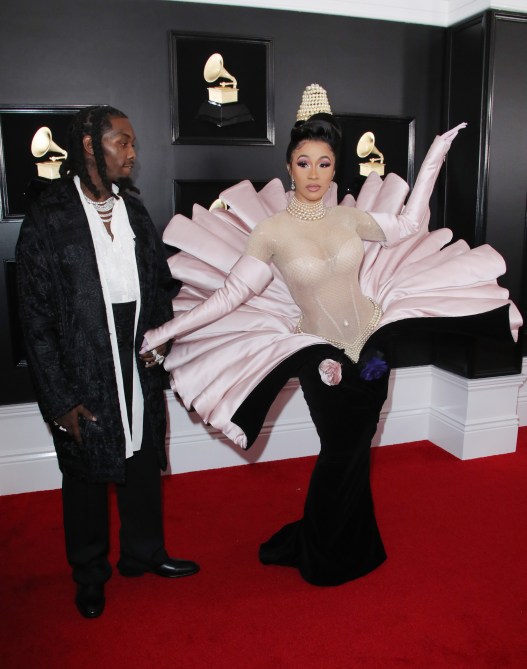 And Offset looks like Belle, with his “Huh?!” expression.